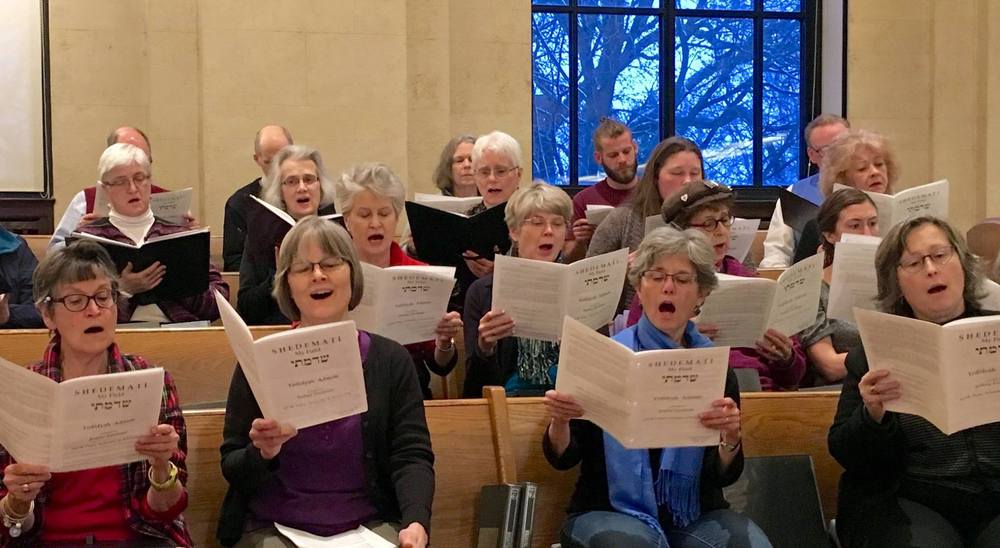 Although each congregant holds a unique set of values, beliefs, life stories, and personalities, congregants spoke of qualities that unify churchgoers at the First Universalist.

A church with a “big heart:”

Minister Jen Crow explained that at this church, congregants “try to line up actions with values and beliefs.” Because part of her work is through the Ministry of Pastoral Care, she gets to see “how we take care of one another.” She said, “People do that so well here, and it’s often in really quiet ways that no one would know about unless you happen to be there and witness it.” She told me that when a congregant is going through a challenging experience, that person is “really flooded with support in a kind way.” She said that in the context of losing loved ones, even “when people in the church don’t really know the person who died, they show up in such a sweet way. All these people are in the background just doing the kind thing, which I love. There’s a big heart here.”1

A home for open-minded people:

Minister Elaine Tenbrink shared insights from a recent membership survey, which indicated the “vitality” that exists at First Universalist. The survey’s findings indicated “ a sense of honesty and integrity that this is a place where you don’t have to kind of surrender any of the parts that make you a whole person to be here.” A drive to take part in an ongoing process of spiritual growth and “step into viewpoints and experiences other than their own” is a common trait among congregants. Elaine also noted that “this particular congregation has kind of a grassroots, relaxed and open feel” which draws people of all ages looking for “spiritual growth.”2

A place for the passionate and brave:

As congregant and racial justice advocate Lyn Rabinovich expressed, the First Universalist is “very active in terms of community and greater issues.” Because congregants feel passionate about so many social justice issues, Lyn said that the church has had to “narrow down the issues” to bring focus to the church’s efforts. Lyn also commented on the bravery that it takes to channel one’s action into community engagement. She spoke in particular of minister Justin’s bravery because “he risks losing people” by “taking a stand” on racial justice.3 Congregants expressed pride in the strength and excitement that their community shares when it comes to challenging issues. Congregant Bill Elwood said, “Our people go to marches, stand on the Capital steps, went to the Mall of America protest.” He beamed as he said, "Our ministers, our main Unitarian Universalist ministers in the Twin Cities have been out there. There’s really a strong movement associated with Black Lives Matter that we are participating in.”4