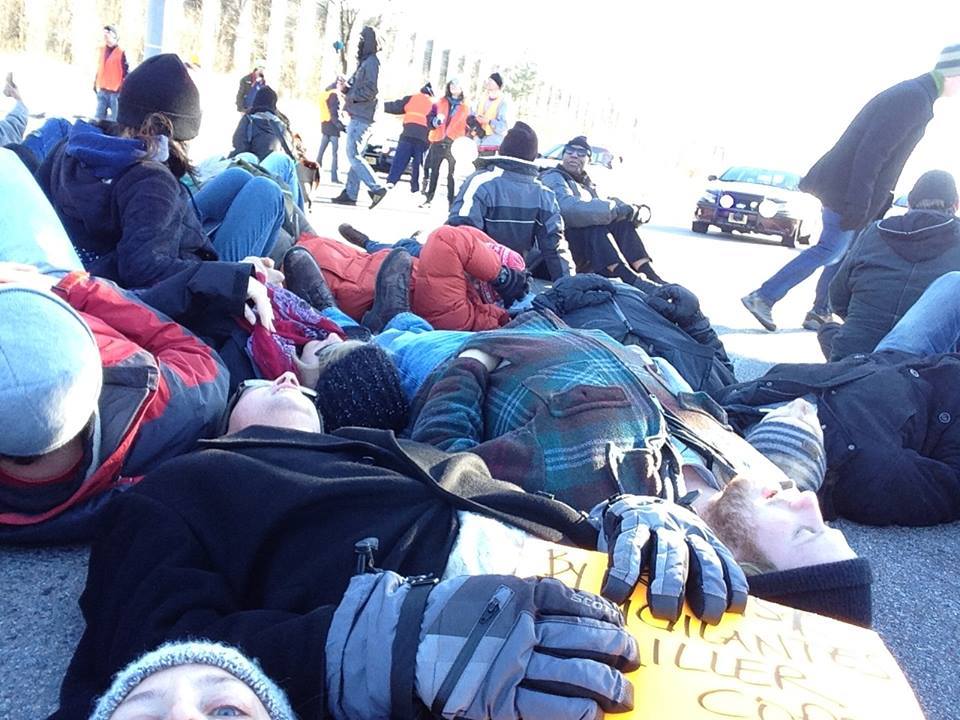 Since First Universalist is a predominantly white congregation involved in racial justice, one of their main efforts has been for white congregants to become deeply involved in examining ways in which their privilege has affected their lives. One example of this is the Mirrors of Privilege Workshop that was hosted by the church as a multi-part video screening and discussion workshop. Here are some quotes from congregants who attended the screening, and their discussions about their personal journeys in understanding their privilege.

"This issue (racial justice) was really a matter, it was about becoming a Unitarian Universalist, it really was about living out our values."

"If your faith teaches that it is wrong to participate in the oppression of other people or the destruction of the biosphere of the planet, but you live in a society where your food comes from the destruction of the biosphere and the exploitation of the people of other countries, and your clothing comes from the exploitation of people in other countries, and you don’t necessarily have for example, the money to afford the food and clothing that does not come from exploitation, or in my case, you don’t have a job and you can’t even make consumer decisions about where your food and clothing comes from, because you’re dependent on someone else. Does that make me a hypocrite? I despise apathy and I despise hypocrisy, and dishonesty and I have very strong beliefs about exploitation of people and destruction of the living system that all life on this planet depends on. And yet my everyday life involves me constantly betraying my own values and I don’t even know a way out of it. So am I a hypocrite?"

"Am I a good person, am I betraying my religion and my values if I’m not spending every single moment of my life without rest working on this? Or if I choose to spend time working on environmental justice instead of racial justice, is that- if I have a finite amount of time, what is the moral question of which thing I choose to do?"

"I come back to 'why am I just so appreciative that this RJ discussion is in my faith community?' Because I’ve had it in different ways- in my work community, in my education, in different things. But when it moved to being part of my faith community, I started recognizing- and they said it in here, that it isn’t a cause. It’s not a thing I’m working for. It’s a way of looking at everything- all justice and injustice."

(In response to why she carries around a basalt rock) "It reminds me- the smoothness of it has to do with water on rock over millions and billions of years. And it reminds me that I might not be able to change everything, but- this is very homey but it’s very resonant, that I’m a drop. That I’m committed to this now. I am committed to this. This is my life, this isn’t a cause, this is my life. And that I am a drop and I feel this and I know the power of being a drop over the course of a lifetime.”

"You showed up, you want to learn and there’s going to be more opportunities to learn possibly even during the summer, and this is what we can do right now. And it’s going to give us more and more, it’s kind of like it’s loading up your backpack with what you need to go down the road. Otherwise you’re trying to go down the road with an empty backpack and you’re running. And then you just like run and you fall on your face and you’ve got nothing. That’s not a good situation either."

[Something I've been thinking about lately is] "the difference between guilt and regret. Because if you’re guilty it’s totally paralyzing. But with regret, if you can’t eat food that was grown locally or devote your entire life, you can regret that, but just let that be a motivator to do more, to do the things that you can do, work within your own sphere of influence."