History of the First Universalist Church of Minneapolis 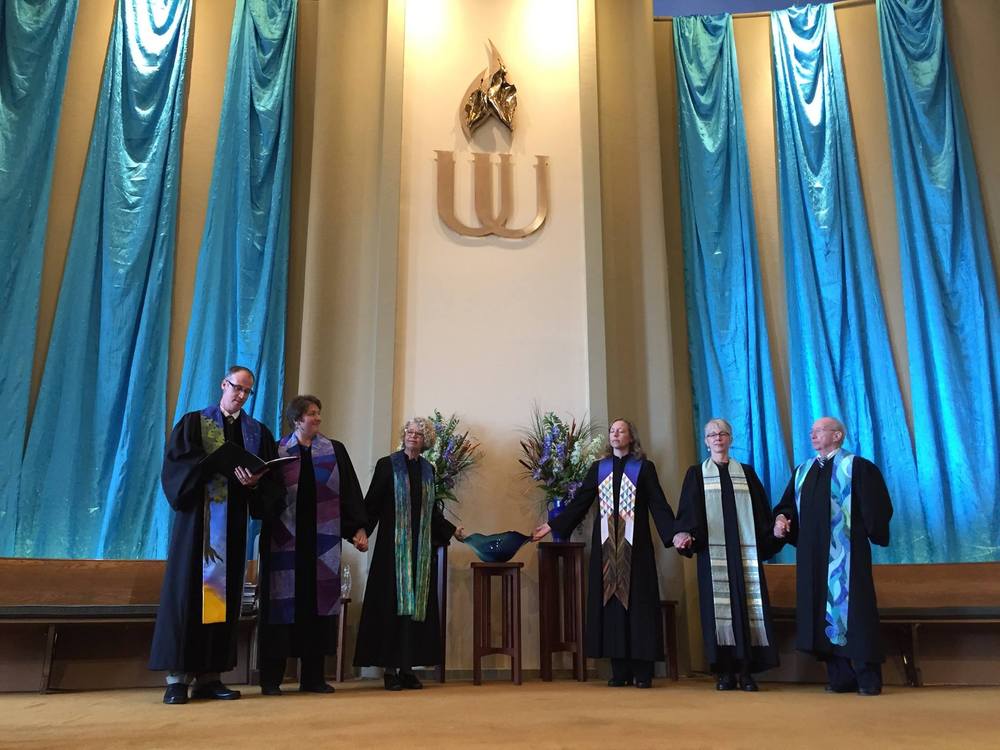 The ministers and other congregants join hands at the altar at First Universalist.

The First Universalist Society was founded in 1859 as a Universalist church in Minneapolis, and was a prominent church of the day. Its membership included many important figures in Minneapolis' history, including the first mayor, the founder of Pillsbury, and the father of parks in Minneapolis. While the church has had its ups and downs, it is today a congregation of about 1000 people, right in the city of Minneapolis.

Though founded under Universalist creed, today the church follows a non-creedal, non-dogmatic faith of Unitarian Universalism. Though recently the ministers decided that they would be using the word "God" in their sermons, the religion is left up to finding an understanding of what "God" means to each congregant, and the 7 Principles highlight that search for understanding.