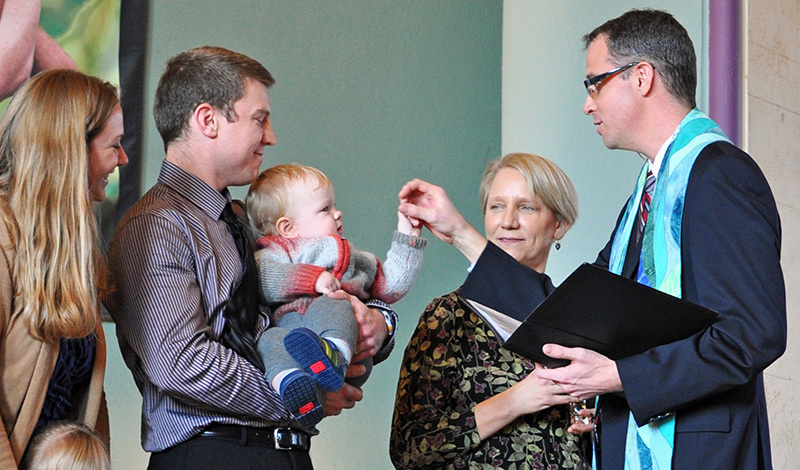 Looking around the room, I sense the warmth created by the stacks of books, the space heater puffing out breaths of warm air, and the juxtaposition created by the rain dirpping down the windows. People move about the small room, content in a space that feels like home, assured gaits and glances around the room. I bring my attention to Jacuqes, who sits in front of me, a middle aged man with an easy manner. “My oldest daughter is 11 and she has taken the 5th grade version of [OWL]”, he tells me. Later, I am surprised when he returns to his daughter’s experience in OWL in the conversation. He tells me that “one of the interesting developments since his daughter has gone through the 5th grade OWL is she’s been starting to question whether her gender identity lines up with her biology, which is interesting”. His face fills with pride and warmth for his daughter and for OWL as he shares that he’s “thankful that she’s in an environment in which she feels like she can talk about [it] and she can reach out to [him] about it, since [he] has so many trans friends who have been completely ostracized by their own family members for the journeys they’ve decided to make”.1

one of the interesting developments since his daughter has gone through the 5th grade OWL is she’s been starting to question whether her gender identity lines up with her biology.

Each child’s experience in OWL is different. While Jacques’s daughter learned about her gender identity, another church member’s daughter learned about her sexuality. While talking to this church member, Polly, about her daughter, she said that her daughter “came out as ‘sexual’ when she finally came out”. Polly and her partner asked their daughter, “do you identify as lesbian, or bisexual, or heterosexual, and she said ‘oh mom, that’s so old fashioned’”. One thing that Polly loves about OWL is that she sees OWL as planting seeds about sexuality. “We didn’t know what [seeds] for them would plant, what seeds of accurate information about sexuality it would implant, because you don’t know what they’re ready for at that time, and what they’ll need the next minute or two years from now or never”. For Polly, OWL was a positive experience because it allowed her kids to learn about positive sexuality and take what they needed from it. 2

Her daughter came out as "sexual" when she finally came out.

As a lesbian mom, Polly went through the older version of OWL at the UU church that she grew up at, and discovered her own sexuality through this class. “It was just being presented to us like… this is totally normal, just like we’re talking about divorce […] it didn’t even seem strange that we were talking about it, it was just like… this is what we’re talking about, homosexuality that day and there were photos of two men […] and I remember my eyes were popping out of my head because I had not seen anything at that point, I hadn’t read anything, I hadn’t looked in the library for any sources, I have not had anything, and here was just put in front of me, and it’s like “oh, this is what this all is, and this is what I probably am”. For Polly, the fact that her church accepted her was important to her acceptance of herself, and she was able to live her life without questioning if it was right or wrong to her faith community.3

Polly also had a lot of fun with the assignments her kids brought home for their OWL class. “One of the assignments was to go buy condoms. And I had never bought a condom at the drug store myself, ever. It was quite fun, we were just amazed, you know, looking at all of these varieties, and lubricants and textures and packaging, and then it was like “and now what do we do with them?” Now this lesbian household, this 8th grader owns these condoms, so we used them for various things, we blew them up like balloons, we practiced putting them on bananas, we just had kind of fun with them.”4

Now this lesbian household, this 8th grader owns these condoms, so we used them for various things, we blew them up like balloons, we practiced putting them on bananas, we just had kind of fun with them.