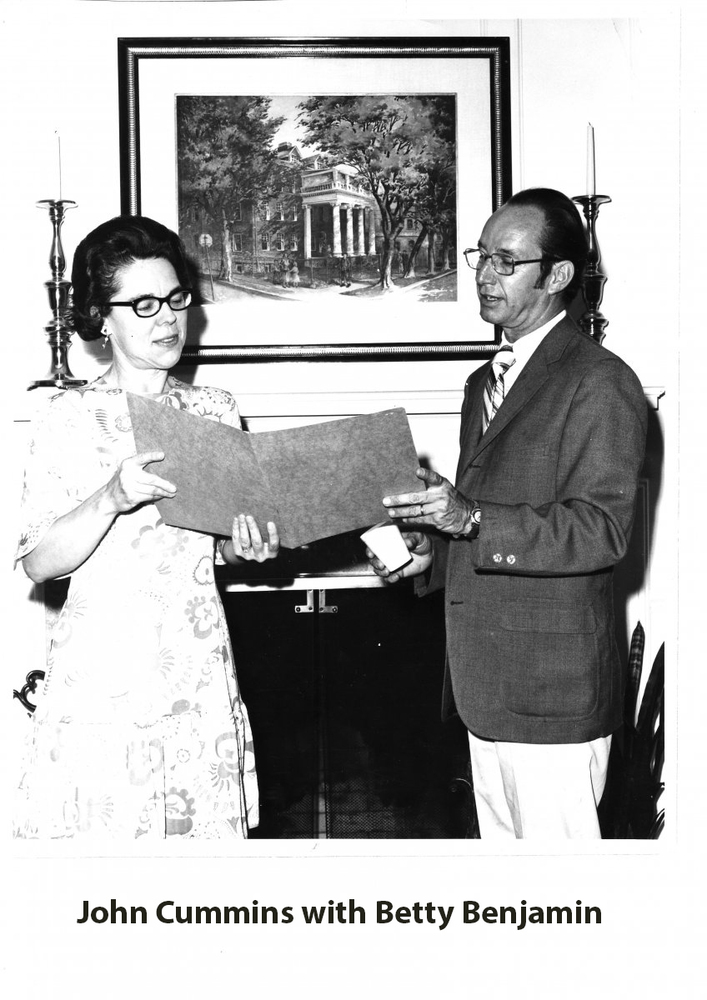 Following Olson’s tenure came Reverend Dr. John Cummins, who believed in a more inclusive leadership as a committed civil rights activist who marched in Selma with the Rev. Martin Luther King, Jr. in 1965. Cummins also ran for state legislature and served two terms as president of the United Nations Association of Minnesota, and church records suggest that the church flourished under his leadership. 1  After Cummins retired in 1986, married couple Reverend Terry Sweetser and Reverend Susan Milnor ministered the church from 1988-1995. This ministry was important for the church, since Milnor was the first female minister in the church’s history. Their leadership brought with them a surge in membership, as they pushed to welcome new members, expand programming, and create a “ministry of spiritual nurturing and social justice." 2

create a “ministry of spiritual nurturing and social justice.

Under their ministry, the church hired the denomination’s first full-time social justice coordinator, Deb Rogers, and officiated at the first same-sex marriage in 1989 as well as guided the congregation to become one of the early LGBT-friendly congregations in the Unitarian Universalist Association. 3  However, according to a member of the church, they “self-destructed as a couple”, which led to the end of their ministry.

Before they left, however, they began to look for a new space to hold their rapidly growing congregation that would not fit in the 230-seat building anymore. A space was found in the recently vacated Adath Jeshurun Synagogue at 3400 Dupont Avenue South, which offered seating for 900, and the congregation moved on July 25th, 1993. After their departure, Shir Tikvah, their progressive Jewish counterpart, inhabited the previous site on 50th St and Girard Avenue South. In 1995, the couple left, and Reverend Frank Rivas joined the congregation in 1997. 4

As the first openly gay minister, Rivas put emphasis in his sermons on the importance of coming together and respecting difference. He was particularly focused on issues of human rights, such as racism and homophobia. He took lessons about a variety of religions and studied texts. 5  His introverted personality was seen as an asset to some, whereas others viewed him as a “passive, quiet fellow who was mediocre at everything.6 ” When he left in 2006, interim minister Charlotte Cowtan began the long search for a new minister. In 2009, Justin Schroeder arrived to First Universalist to lead the church into a new era. 7

the importance of coming together and respecting difference