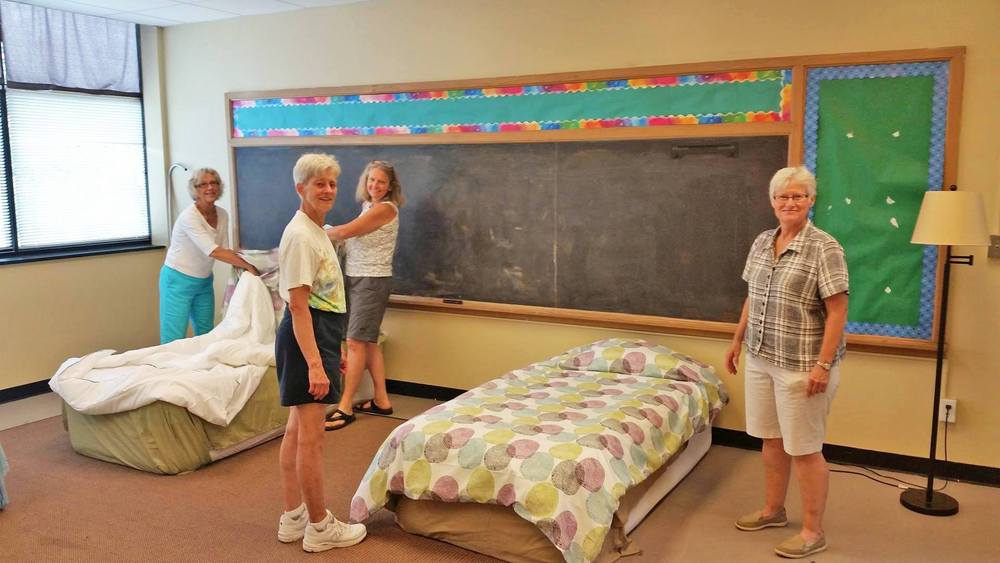 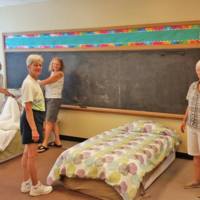 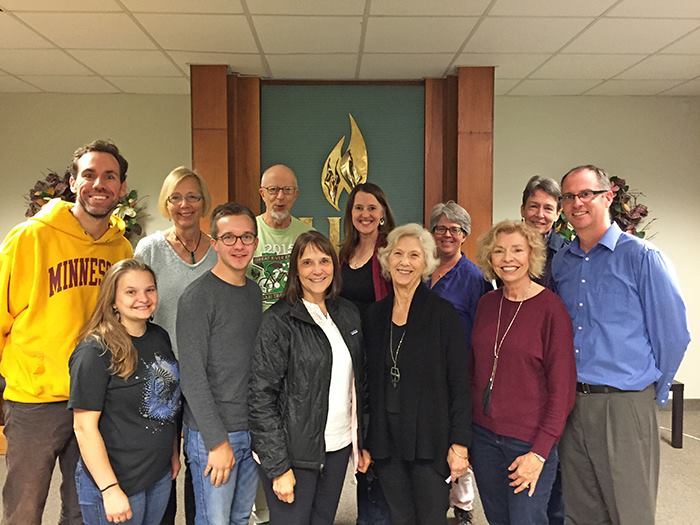 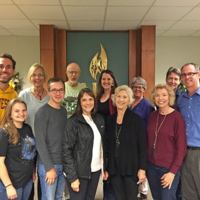 The Faithful Action Leadership Council, a group which guides the church's ministry of faithful action

The Faithful Action Leadership Council formed in the Summer of 2015 with the goal of guiding the church’s faithful action ministries. This team arranges and helps decide upon the church’s Community Partners, groups with which the First Universalist formally collaborates.

The First Universalist draws many congregants who want to give service to their local community, but because each congregant has their own issues areas about which they are passionate, sometimes the congregation has trouble selecting its core causes.

Peg Mitchell, coordinator of the Families Moving Forward Program as part of the Beacon Housing Collaborative, described this challenge:

Reverend Jen Crow said that the church has made a conscious choice to only work on social justice issues through formal community partnerships. They’ve made this choice so that “we’re not out there alone working on a cause.” She said, “We think there are plenty of folks out there already doing good work that we can partner with. We also do it because it’s part of our emphasis on not always thinking that we should lead everything. I think that notion is a particular challenge from a largely middle to upper class white congregation, because we like to think we know how to fix things and we’re going to be the saviors. Trying to get us out of that habit and more into this followership mode and getting to know and trust the people who are in the heart of whatever the issue is, is key. It’s new in the last couple of years that we’re intentional about that.” In practice this means,”If there’s an idea bubbling up in the congregation, folks have to get enough people together and apply to become partners with that organization and that cause.”3