The Hmong people are an ethnic group in southeast Asia. Indigenous to China, they traditionally farmed in mountainous regions and were pushed south by imperial expansion, resisting French colonization in the mid-1800s. In 1975, the American-backed Royal Lao Government was overthrown by the communist Lao People's Liberation Army, or Pathet Lao, establishing the Lao People's Democratic Republic and ending a civil war that had lasted a quarter century. The CIA conducted its own 'secret war' by recruiting and training Hmong to fight against the Pathet Lao and other communist forces. Thus, following the communist takeover of Laos and other southeast Asian countries like Cambodia and South Vietnam, many Hmong fled across the Mekong River into Thailand, a dangerous trek to refugee camps with horrible living conditions. Immigration to the United States was sponsored by religious groups or non-profits and facilitated in part by the Indochinese Migration and Refugee Assistance Act of 1975, which only began incorporating Hmong in 1976; they were considered "too primitive" to resettle immediately. On December 1, 1975, Minnesota Governor Wendell R. Anderson established the Indochinese Resettlement Task Force as the state saw Hmong refugees flood in.

In 2019, the Hmong population in the United States was 327,000, with Minnesota boasting over 81,000 of them, nearly a quarter of the total population and second only to California. Most Hmong in the U.S. are from Laos and nearly 94 percent of Minnesota Hmong live in the Twin Cities. Minnesota holds such a large share because many of the voluntary agencies involved in the resettlement of Hmong refugees were sponsored by Minnesota churches. The state is also generally welcoming of immigrants and refugees and offers strong opportunities for education and employment. Hmong communities in Minnesota have formed organizations to address issues of language, education, employment, and cultural awareness. Farming projects were established in the 1980s to increase Hmong self-sufficiency and connect refugees with ancestral ways of life that they did not get to lead in Asia as refugees. With a high school dropout rate of 40 percent nationally, educational attainment is a challenge for Hmong communities, but they've made remarkable progress given that most refugees were not literate and did not know English. While poverty is also an issue for many Hmong, their Twin Cities businesses rake in 100 million dollars annually and they hold over 1 billion in spending power.

Traditionally, Hmong religion involves belief in animism, that all things have spiritual essences or souls, and in multiple gods or creators, which do not dwell in the physical human realm. Ancestral spirits are very important, and spirits dwell in houses, mountains, rivers, winds, and trees. Spirits can cause illness, bad dreams, and suffering, as well as good fortune and luck. Spirits are contacted through a shaman, a spiritual leader and healer. People are believed to have twelve souls, and maladies come from disturbances to the souls, which a shaman seeks to correct. This has led to some conflict with Western medicine, but health care in Minnesota has become more accommodating of Hmong beliefs.

A significant proportion of Hmong in Minnesota are Christian, having converted under pressure from churches and religious organizations that sponsored their settlement and difficulties in maintaining traditional rituals and lifestyles in new cultural and spatial settings. These Christian Hmong converts sometimes clash with Hmong that practice traditional animistic religion, especially when they occupy the same family. Christians may believe that traditional religious practices are sinful, while traditional animists may believe that the presence of Christianity in the family upsets the ancestral spirits. Conflict can also be generational, as younger Hmong Americans clash with elders over religion and other cultural issues as they navigate assimilation and preservation. However, there is often overlap and a unique blending of religious practices.

Hmong Religiosity and Shamanism In The Twin Cities 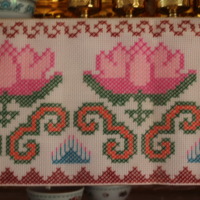