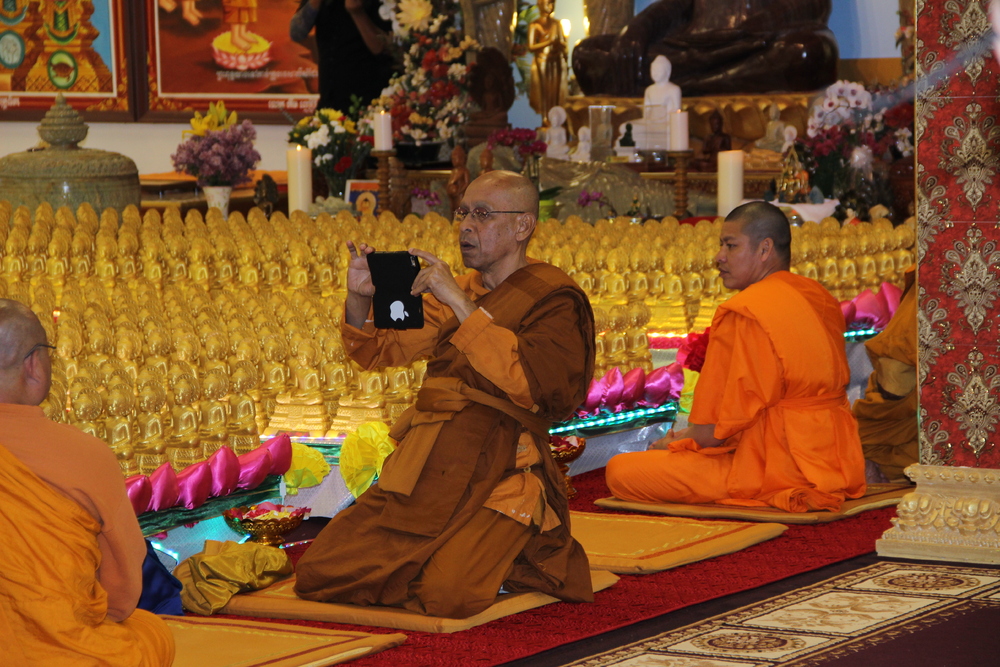 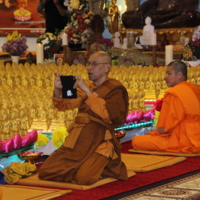 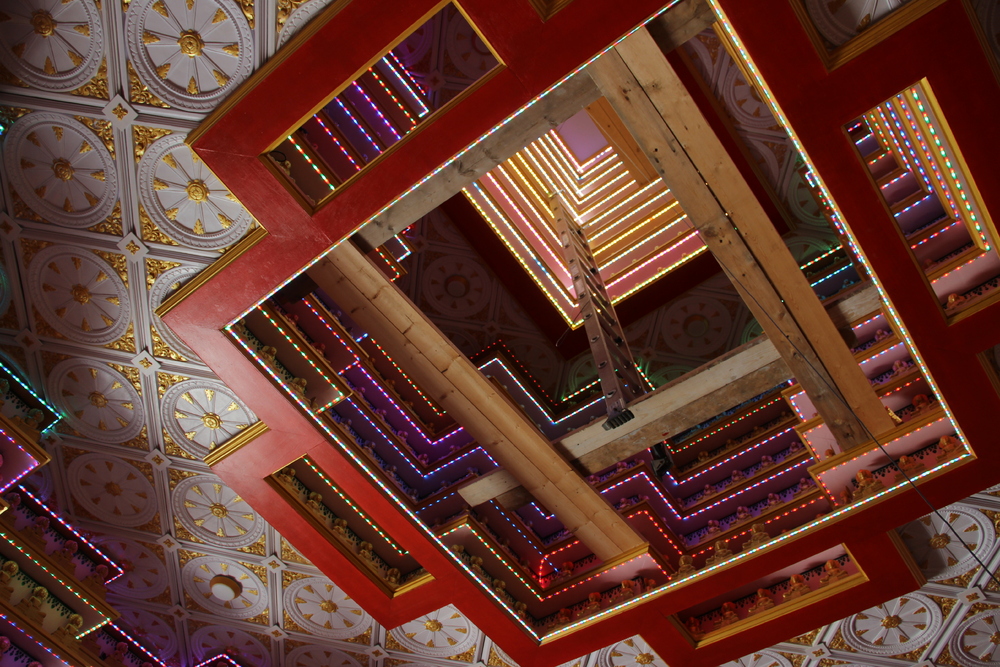 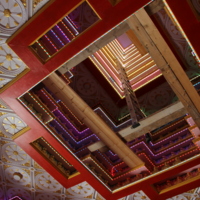 Multicolored LED lights concentrically ring the high ceiling of the upper level of the stupa. The lights represent the state (or path to) enlightenment and Nirvana. 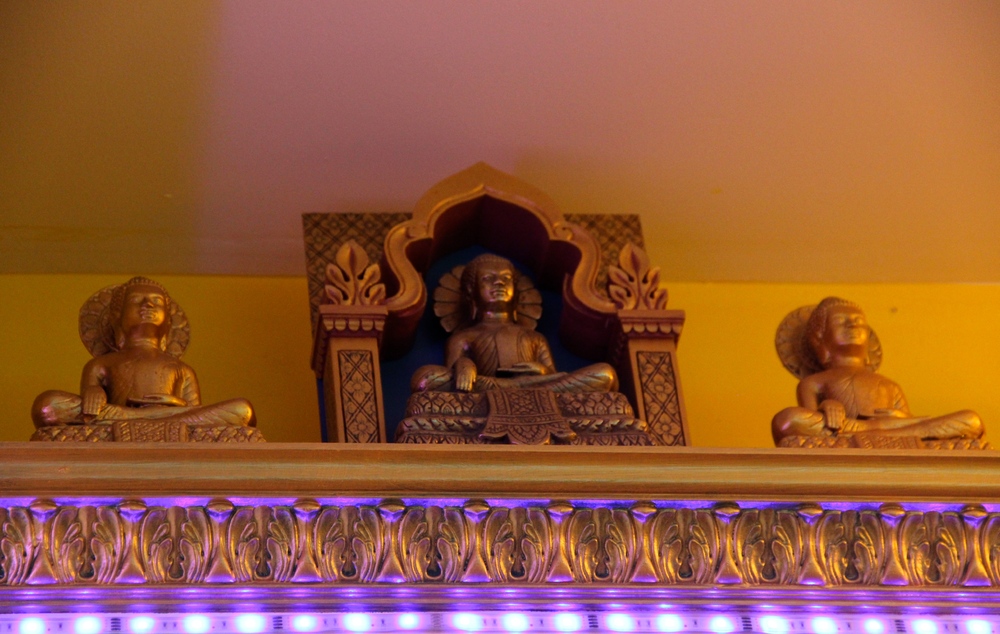 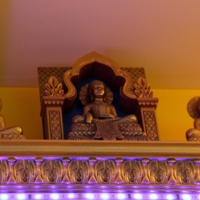 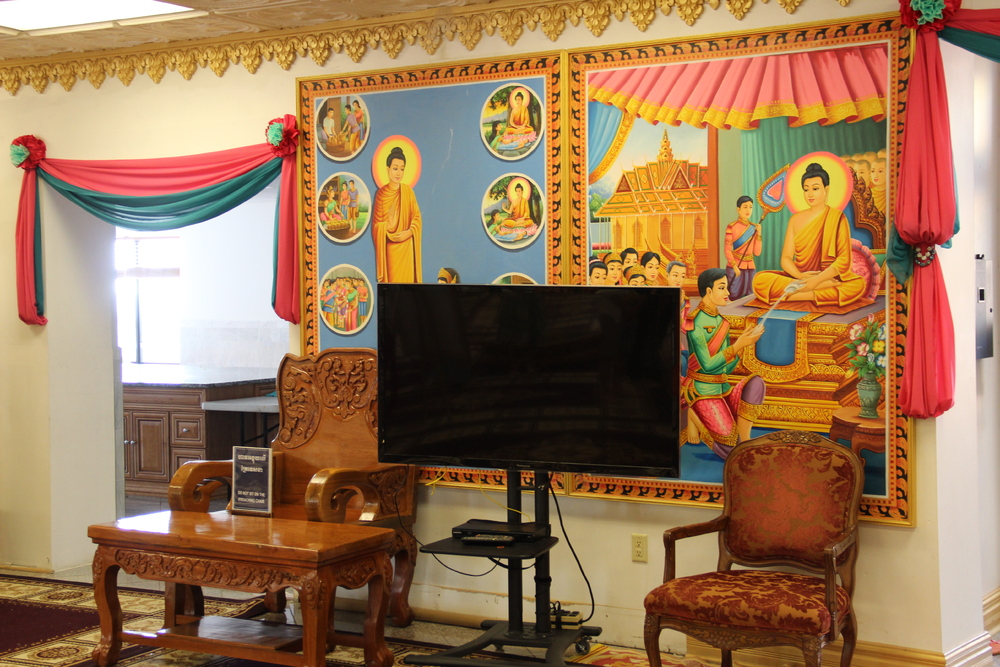 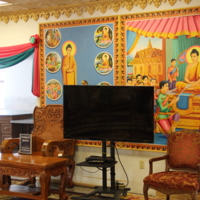 Technology is pervasive and noticeable within the Watt Munisotaram. There is a flat screen T.V. in the downstairs sanctuary and P.A. system that is used for sermons and chanting. Monks frequently carry smartphones with them. Ven. Vicheth Chum is rarely seen without his iPad. Many people take photos during ceremonies and festivals, even those who are a part of the ceremony. On multiple occasions we've seen monks taking selfies.

LED lights illuminate Buddhas in lower levels of the stupa in addition to the upper and lower sanctuaries. In upper level of stupa, concentric rectangles of LEDs light up the walls to the ceiling. LED lights behind the Buddha represent state of Nirvana/enlightenment. Jim, a member of the temple who grew up Catholic tells me that these lights are analogous to the aura over "holy" Christians, often seen in churches.

At first, the prevalence of technology in seemingly sacred spaces and hands was off putting to us (and our fellow peers who had the chance to visit the site). However, as time progressed and we learned more about the symbolism and reflected on our own culture of hyper-digitalization of every moment of our lives, we started to overturn our preconceived notions of what was "authentic" use (or lack of use) of technology in the context of the Watt Munisotaram and Theravada Buddhism in general. I began to appreciate and become awestruck by the LED lights in the stupa as they did a worthy job representing the unrepresentable in the physical world: the state of Nirvana.