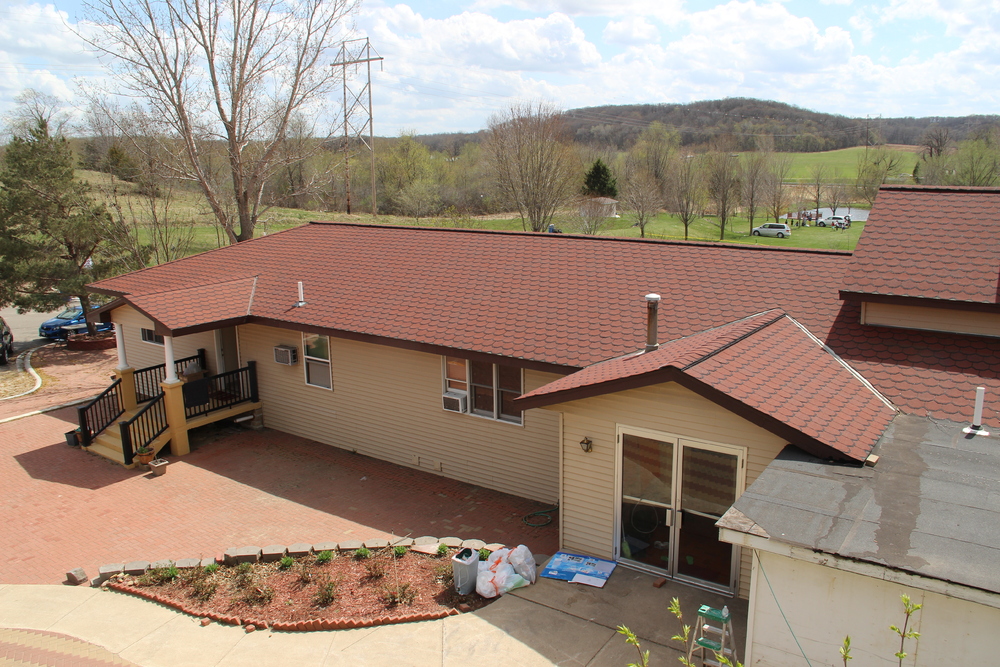 The row of two-story clapboard houses provide a space for the monks to live and still house the old temple where monks pray and meditate.

In 1982, a small group of recent Cambodian refugees gatheered with the intention of forming a Buddhist Monastery in Minnesota. Seeking assistance, they contacted the main Buddhist temple in Washington D.C. and the national organization sent them a monk, the Venerable Chey Siddhi San, to serve as first abbot of the Watt. The community began to organize, forming the Minnesota Cambodia Buddhist Society Inc., a nonprofit 501(c)(3) organization. The Watt Munisotaram held their first services in a rented house in Minneapolis, serving the small but growing population of Cambodian Buddhists in the area.

In the middle of 1984, the Watt moved to a house in St. Paul in order to be closer to the much larger concentration of Cambodian refugees who had settled there and could not travel easily to the location in Minneapolis, which was not readily accessible to public transportation. Quite intentionally, they founded the new Temple mindful of the bus routes.

In the summer of 1988, Watt Munisotaram relocated again, this time to a "good-sized" house in Eagan, Minnesota, a suburb slightly south of the Twin Cities. The community grew and attendance at the Watt increased, especially during large celebrations and festivals. Many of the neighbors expressed their dismay that the Watt's visitors were accidentally parking in the wrong place, or stepping on their lawns. As a result, the community decided they should consider moving again, purchasing a larger piece of land outside of the cities and the inner suburbs. Their migration continued.

Later that same year, in 1988, the Minnesota Cambodian Buddhist Society purchased a 40-acre piece of land between the rural towns of Hampton and Farmington, a 45-minute drive south of the Twin Cities. See page on location for more information about this. The community did not move into a facility like the one it has today however. Initially, the only building on the property was a rectangular, two-story clapboard house (originally built in 19771) and two barns. The growing size of the community demanded a larger space and prompted the building of the first dedicated worship space, a large red building. Soon thereafter, in 2002—with funding from the Cambodian Buddhist Society and “the generosity and support of the Buddhist Communities in Minnesota and other U.S. states” (according to a sign in front of the temple)—construction began on the new, two-story, 50-foot-high, 10,000-square-foot Temple that was completed and consecrated with a Sima Boundary in 2007, and as of 2017, still serves as the main worship area and gathering space.

"Before we just didn’t have…the full cultural tradition. We just had the New Year...But every year [the community has] grown…since the inauguration [of the temple]."       —Hassica Phan

All of these buildings are on the forty acres in Hampton. Each expansion occurred in response to the community’s need for more venues to accommodate the growth of the community and their desire to honor Buddhist tradition and mark festivals through the sanctification of spaces that inspired reflection and reverence, while also evoking memories of Cambodia, and the glorious temple's there.

Despite the fact that the community has continued to create more buildings, space on the grounds is still often short. Hassica Phan, who organizes traditional costumes for festivals, has regularly worked out of a windowless room in the main temple. During the New Year in 2010 the room flooded, nearly ruining all of the 30 costumes laid out on the floor. “We just don’t have a room,” Phan says. But it is do-able, and the new temple has seriously increased the temple’s capacity. “[Before] we just didn’t have…the full cultural tradition. We just had the New Year, just something. But every year [the community has] grown…since the inauguration [of the temple],” says Phan.

The Watt Munisotaram's complex has been under continuous construction since they first purchased the land. It is possible to watch the construction even from afar as community members live-stream their building projects—pouring concrete for the new bridge, planting fruit trees, or enhancing the buildings and worship spaces with new adornments.