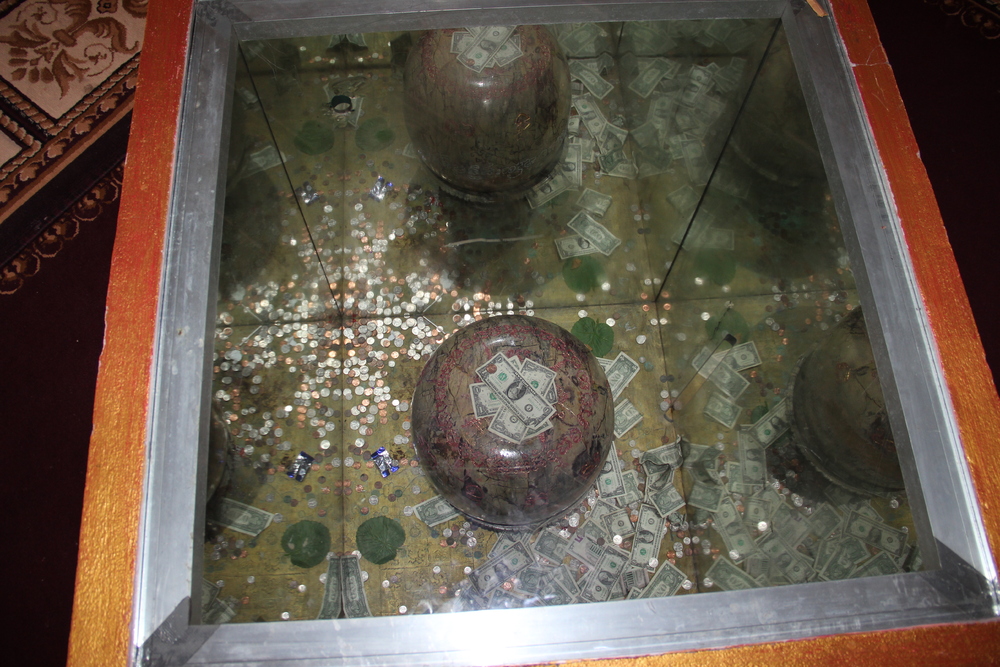 Donation pit in the center of the lower sanctuary where people can put money as an offering. The round marble stone marks the middle of the Sima boundary.

In 2002, with funding from the Cambodian Buddhist Society and “the generosity and support of the Buddhist Communities in Minnesota and other U.S. states”, according to a sign in front of the temple, construction began on the new, two-story, 50-foot-high, 10,000-square-foot temple that in 2016 serves as the main worship area.

Almost all projects at the Watt have been funded by donations, mainly from the Cambodian Buddhist community in Minnesota but also there have been many statues donated from temples in Cambodia. The relic of the Buddha that is in the stupa was donated from the government of Sri Lanka! A major million dollar fundraising inititative is being raised by the sale of 5,000 painted and engraved Buddhas for $200 each to be put permanently in the stupa. Most of the Buddha statues are bought to honor individuals who are currently living or have passed away, and some also bear the name of the families that donated the money. The names of these individuals are engraved on the base of the statues in Khmer or Enlgish (and sometimes a combination of the two). 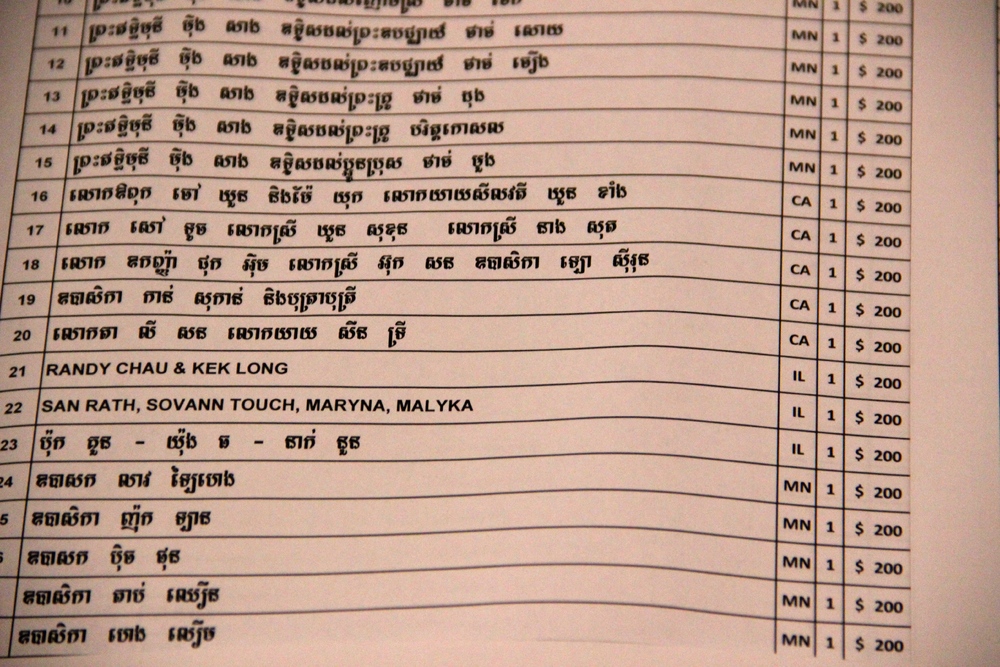 A list of donors who donated to the $200 buy a Buddha campaign on the wall which shows all the states that people had donated from including Minnesota, California, and Illinois.