Location of the Temple 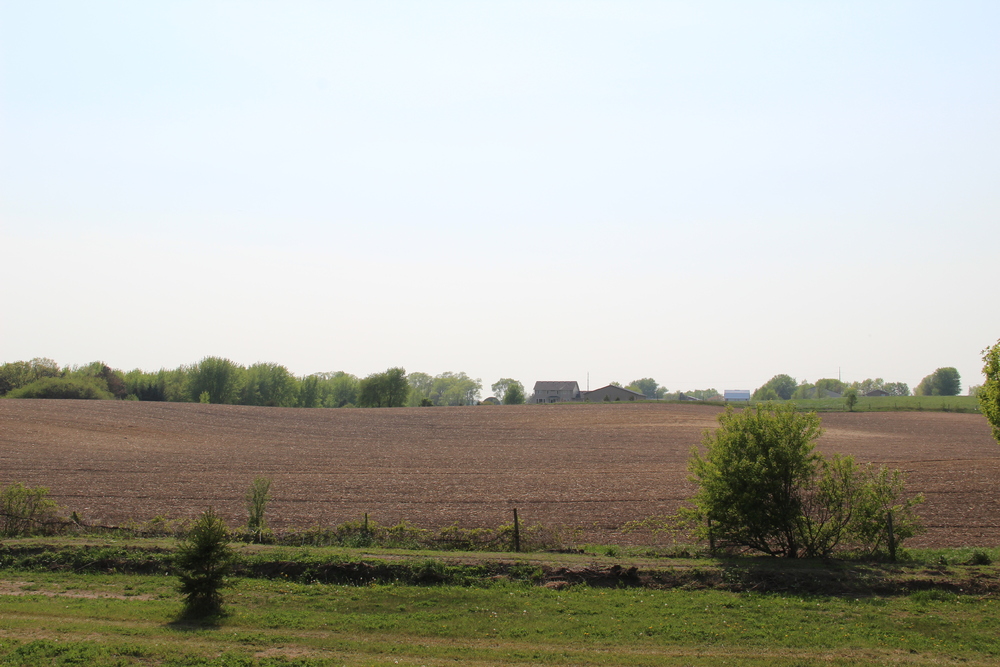 View looking west from the Watt Munisotaram of the surrounding farmland

Watt Munisotaram does not fit into its surroundings when you pass it. The temple, ornate and colorful, is surrounded by a largely agricultural area in addition to some small businesses, which cater to the agricultural market: Braun’s Turf Farm, Central Landscape Supply, and Castle Rock Farms Horse Boarding. But even in Cambodia the Buddhist temples are not necessarily separate from agriculture or business, so what big difference does it make? The difference here is the location; the contrast between America and Cambodia. And while Watt Munisotaram does not architecturally fit into its surroundings between Hampton and Farmington, Minnesota, it is a rich cultural center in addition to place of worship that, rather than threatened, is shaped by its surroundings, both in rural Hampton and in America.

That being said, its location is at some times inconvenient. “We live all over the place” said Watt Munisotaram’s Educational Motivator Dr. Chang Thach. Thach, whose role entails motivating young Cambodians at the temple to stay and become involved with their culture, articulates his worries in terms of the temple’s location: “The Buddhist temple itself is not centralized.” Thach, along with many others at the temple express the inconvenience of its location; many involved with the temple live either in Minneapolis, St. Paul, or a suburb of the Cities. As sisters and active volunteers Sophia Sour and Hassica Phan, point out the driving itself gets to be a lot, and when you add up the price of gas one visit each week, it gets to be expensive.

We live all over the place...the Buddhist temple itself is not centralized. —Dr. Chang Thach

This distance from the temple influences kids’ relationships with it, too, simply because of the minimal time they are able to spend there. The Cambodian dance group builds kids’ relationships with the temple, but again, the distance does not allow the temple to be a gathering spot for them during the week. Thach dreams of “[building] a community center right in St. Paul,” somewhere where Cambodian lessons would be able to be taught two to three times a week.

Sour and Phan acknowledge the importance of this and are excited about the prospect of more programming for children. But even with programming, they are at a disadvantage: these children were born here in the United States rather than in Cambodia, making very relevant the question of how the temple is influenced by being in America. These American-born children don’t completely understand Buddhism, not at fault to them or their parents but simply by not being in Cambodia, where Buddhism is the official religion and 96.4% of Cambodians are Buddhist.1 The United States, on the other hand, has a multitude of religions, with Buddhism accounting for 0.7% of the population.2 Because of the geographic spread of people who go to Watt Munisotaram, many of the kids have no Cambodian peers at school. Subsequently, they are lacking the big picture of Buddhism, because as Sour and Phan point out, involvement at the temple and Buddhism are interconnected.

This interconnection, why people do what they do, is based on Buddhist ideals; these ideals have changed not one bit in America. The religion itself has stayed intact. What has changed, though, have been traditions. The most unavoidable tradition shift has been due to the cold weather. The Cambodian New Year celebration in April has a tradition of circling the temple three times. April in Minnesota can be frigid and cold, however, so modifications have had to be made. In this case, the circling has happened inside instead of out. Modifications of footwear have come up, too. In Cambodia shoes would never be worn in the temple, particularly in the presence of a monk, but when Minnesota’s weather hits thirty degrees below zero, exceptions have to be made – exceptions the monks seem to be understanding of. After all, their feet get cold too.

The religion itself has stayed intact [in America]. What has changed, though, have been traditions...in Cambodia shoes would never be worn in the temple, particularly in the presence of a monk, but when Minnesota’s weather hits thirty degrees below zero, exceptions have to be made—exceptions the monks seem to be understanding of. After all, their feet get cold too.

More than weather, though, America provides other cultural differences that must be overcome, or at least figured out. As was mentioned before, driving can be a big hindrance to participation at the temple. Working, too, can make things more difficult. In Cambodia, where women are less likely to work than in the United States, there is more free time for visiting temples. Women, and men, who work full-time, or six or even seven days a week in the United States and who have the American New Year off but not the Cambodian New Year off of work have a much harder time being active members of the community, because there are so many things to do in everyone’s lives, both religiously and non-religiously.

Logistically, attaining the appropriate artifacts and decorations has proven to be tricky. Sophia Sour and Hassica Phan have been in the center of much of these situations, explaining that Hassica created the umbrella above the Buddha statue in the upstairs of the main temple. “That was another challenge,” Hassica said, for she had to build it from scratch, improvising with beads and the like. She struggles annually when the Lunar New Year arrives. Each year celebrates a different animal, yet finding appropriate animal figures is tricky. “Last year was the year of the tiger,” Phan said, “and we wanted something similar to this [gold ox, but] nobody could find a tiger! So someone brought me a stuffed animal tiger, and I’m thinking no, that’s not going to do!” She continued to explain that a few years ago they needed a rat. “My husband went to Michael’s,” she started, “and he bought a tiny little rat and I’m like ‘noooo!’” This year is the year of the rabbit, luckily, so she feels much more confident about being able to find the correct type of rabbit. If she were doing this in Cambodia, though, it would be a different story. “They have [them] all made in Cambodia” Phan says, “you just have a hard time bringing them over here.” Costumes prove to have the same problems, even as much as they can they try to get people to bring them back from Cambodia. The temple makes substitutions and modifications so to not affect anything too substantive, but these issues are nonetheless unavoidable being in America.

One of the most significant factors in the effects America has had on the temple is size and number. Watt Munisotaram is one of a handful of Buddhist temples in Minnesota, and is the only Cambodian Buddhist temple in the state. It has between 100 and 150 people who are involved, 50 of whom are very consistent in coming and helping. Therefore, the community is large compared to the traditional Cambodian notion of a small local temple is gone.

Cars have become involved; travel has become involved; planning has become involved. The large temple has made all of this necessary, because of its location in Minnesota. Yet people involved in the temple do not see Watt Munisotaram as less legitimate. The Sima Boundary is a prime example of this, for Watt Munisotaram’s location in the United States did not exclude it from consecrating this boundary. Other than having to fill out mountains of paperwork, Cambodian monks are able to come to America to temples here without being any less of a monk. And building, other than minor material substitutions, is allowed with hardly a hindrance. Watt Munisotaram’s architect Socchea Yav came to America from Cambodia eight years ago to build this temple, and says that in talks with the city he had no trouble. “Once they see all the blueprints and what [our] intentions are – more religious – they don’t have much to say about it,” he says. With a thriving group of volunteers and participants, the temple has become a successful hybrid of Cambodian and American. As Phan puts it, “we’ve come a long way.”