The Story of a Devotee: Hao Hou 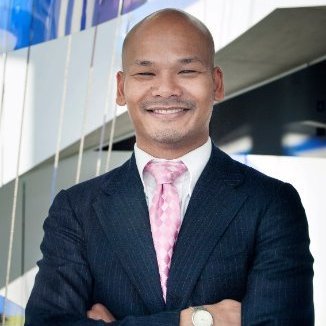 Hao Hou was born in Khao-I-Dang1 , a Cambodian refugee camp situated on the sparsely wooded plains in eastern Thailand a few miles from the Cambodian border. The one square mile camp of bamboo and thatch houses was opened on November 21, 1979 after the fall of the Khmer Rouge and at its peak housed 160,000 people in March of 1980.2

Hao was the last of nine children, and claims he “didn’t endure any of the hardships during the war” like all the rest of his eight siblings, who lived at some point a concentration camp under the Khmer rouge. By the time Hao was born, “life was good, stable, and enjoyable” although his when he was in the Thai camp, his home (“like huts”) had only bamboo floors, no doors and a straw roof. He stayed in the camp for the first six years of his life before being sponsored by extended family members in Rochester, MN. His parents and seven of his siblings (his oldest sister stayed in Cambodia) moved to Rochester, MN with the help of an immigration organization like Lutheran Social Services (he wasn’t sure which one it was). 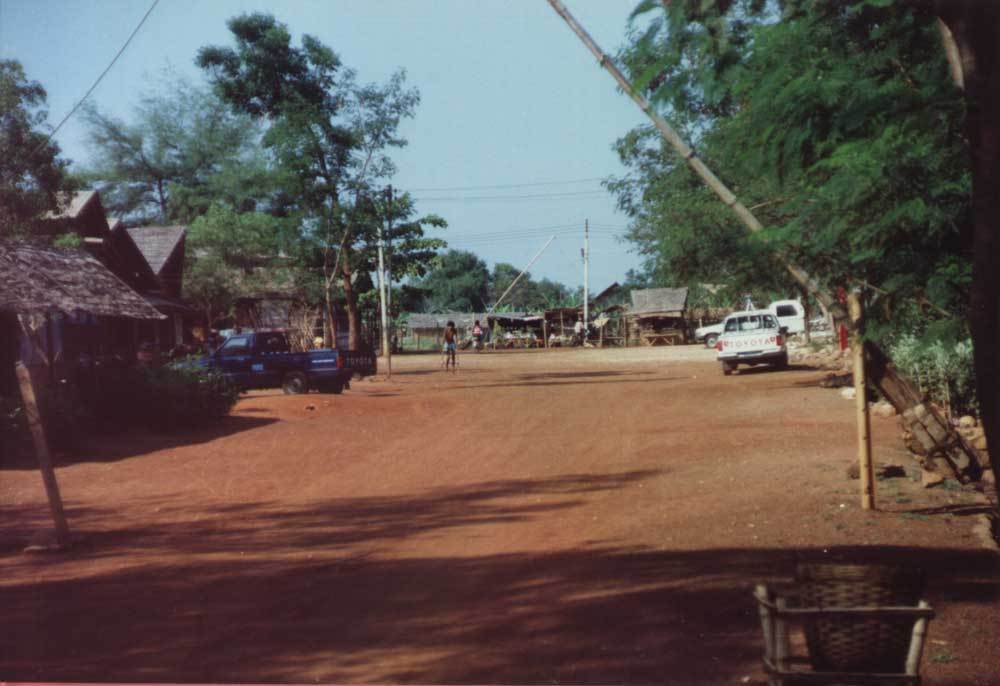 Entrance to Khao-I-Dang Refugee Camp in southeast Thailand on April 1990, three years before closing in March of 1993. Hao was born in this camp and lived there with his family for six years before moving to the U.S.

Hao lived in Rochester for pre-Kindergarten until 8th grade, and was placed in the “newcomers class” since he had little to no English. English was easy for him since he was young and all friends were English speakers so it was “easy to catch up”. There was a decent Buddhist community in Rochester at the time (and there still is). There was a small temple and a large home converted into temple, it was “not as elaborate as Watt Munisotaram”. There were and are a lot of Cambodian Buddhists that attend the Rochester temple for regular services and smaller events but go to Watt Munisotaram for bigger ceremonies like Cambodian New Years and Visakha Puja.

From what I’ve learned from my dad and mom’s teachings is basically your god is your parents because they gave birth to you. That’s why respecting elders is really huge in our culture because our parents and elders are basically our god on top of the god above, you know, Buddha. —Hao Hou

Hao found out about the Watt Munisotaram through a combination of family and friends. He’s not as religiously involved as before 2007, when his dad was alive since his “dad was extremely Buddhist”. However, Buddhism still plays a role in remembering Hao’s “roots and where [he] came from”. For Hao, Buddhism is a religion where there’s a lot of God yet it’s very open and more liberal as far as religions go. “From what I’ve learned from my dad and mom’s teachings is basically instead of saying there is a god, yes there’s a god but immediately your god is your parents because they gave birth to you so that’s why respecting elders is really huge in our culture because our parents and elders are basically our god on top of the god above, you know, Buddha." Additionally, there are multiple facets through which you perceive things and there’s not just one way to practice Buddhism. Hao mainly goes to religious events to show respect and love for his heritage and ancestors through praying and gift giving. This act “recognizes and acknowledges your ancestry and what they’ve done for you”. Gifting is important because reincarnation is “a big deal in Buddhism” and “a lot of [being reincarnated in a higher state] is through how you treat others in [your] past life and not just this current [one]”. Growing up, respect for elders was critical for Hao; “we’d never disrespect elders, compassion and caring for others and being able to help others is huge. These values shape who Hao is as a person today.

Hao mainly goes to religious events to show respect and love for his heritage and ancestors through praying and gift giving. This act recognizes and acknowledges his ancestry and what they’ve done for him.

Hao Hou describes the process of his "Americanization" with respect to his understanding of Buddhist prayers and chanting as well as the physical size of his altar space at home.

“At the temple where we pray and saying some of those things, whatever my dad was saying, chants, I'd repeat after them. It was cool but I don't know in depth what they mean but it was one of my memories. Now I know I've really become more Americanized and be assimilated from our culture to the U.S. culture. There has been less of a prominence in practicing the religion in that level. We've always had an altar wherever we went but I think it's gotten smaller and smaller (laughs)."

Hao admits that now he knows he has “become more Americanized and assimilated our (Cambodian) culture and American culture”.  While there has always been a prominence of religion in the family, they always had an altar wherever they lived, but it’s gotten “smaller and smaller (laughs)” over the years. Hao thought praying and chanting as a kid was cool and he remembers some prayers from childhood but he doesn’t recite them now or remember what they mean.

Hao Hou has worked as a financial advisor at Foster Klima Financial. As of 2016, he lives in the Twin Cities. What he wants to do next year given as a financial advisor is offer financial and education services to the religious community at the Watt Munisotaram. He says coming from a third world country physiological/living needs like a roof overhead, food, water come first. In Cambodia and especially at a refugee camp, there are not too many thoughts about self-actualization and helping others. Hao says that since he's "closer to that [self-actualizing and helping others on Maslow’s hierarchy of needs] I want to be able to give back to my community in the sense of education and also planning". Next year I want to set up a booth to be more involved with the community and give back and offer services so that way I’m more present [at the Watt]."

Coming from a third world country we first and foremost want to take care of our physiological needs, our living needs, a roof, some food and water. There are not too many thoughts about self-actualization and helping others.  Next year I want to set up a booth to be more involved with the community and give back and offer financial and educational planning services so that way I’m more present [at the Watt]. —Hao Hou