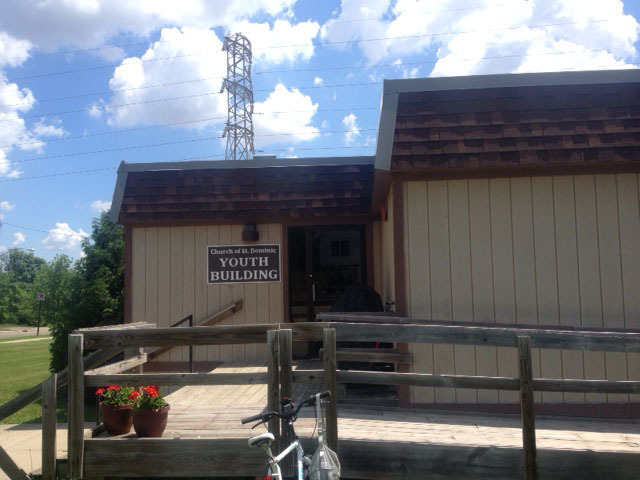 Youth Building.  Latino Youth Group members meet in this building every Friday night from seven to nine in the evening.

The Hispanic Youth Group at St. Dominic’s strives to be an inclusive and accepting community. After dwindling participation impeded their early efforts, the Hispanic youth recreated their youth group founded on principles that they define as aceptación [Acceptance] in November 2013.  This value of acceptance is reflected in the diverse group of participants who attend the meetings: participants of different ages (spanning from five to twenty-five years old), of different communities (participants live in both Northfield and Faribault), of different Spanish speaking abilities, and from different schools.  Regardless of these differences, however, all newcomers are welcome.  As Carlos, a twenty-one-year-old youth group participant describes in an interview:

At first, I was shy and would sit in the corner and watch.  But eventually people started talking to me, and I started to make friends and joke around.  I am not shy anymore… I could have left Northfield this year, but I stayed because I have friends… We welcome any language and religion.  People can come from many different backgrounds… It doesn’t matter.1 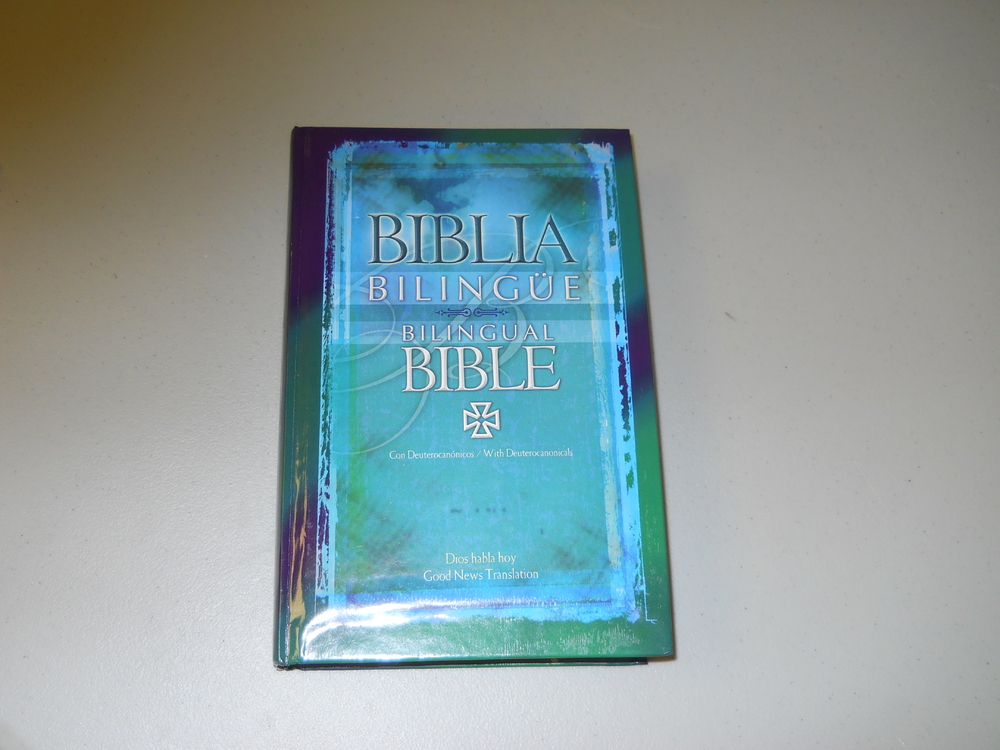 On Friday nights, at six o’clock, the youth group participants begin to gather outside the Youth Building at St. Dominic’s.  This group of young Latino Catholic participants, ranging in age from seven to twenty-one, (and four middle-aged facilitators who lead the youth group activities), are all proficient Spanish speakers.  While some youth group members are more comfortable speaking English, they are required to speak Spanish during the meeting. This requirement was established in order to help participants become more comfortable making mistakes so that they could become better Spanish speakers.  In addition, none of the three facilitators speak English, and therefore can only lead activities in Spanish.

Carmen Lleves discusses to role of Bible study in the Spanish Youth Group.

"We don’t just have them here to have fun but also to teach them the reason that we are Catholics, why we go to mass, why reading the bible is important, why praying is good.  And it has helped a lot of them." 1

This building, a simple classroom extension donated to St. Dominic’s from Carleton in the 1990s, is the site of various youth group activities and is open to the public throughout the week.  At around 6:15, four adult facilitators invite all of the jóvenes (young people) into the main room for their collective Oraciones (prayer or thanks to God).  These prayers are recited at the beginning and the end of the meeting and are often delivered in a mix of Spanish and English. The youth gather in a circle, hold hands, and thank God for daily triumphs and miracles such as the recovery of a sick relative, and the excitement they feel after receiving good grades. This emphasis on collective prayer and bible study is further evident as one facilitator discusses the specific goals of the club:

They don’t understand the bible and the little that we understand we explain to them… More than anything it is this.  We don’t just have them here to have fun but also to teach them the reason that we are Catholics, why we go to mass, why reading the Bible is important, why praying is good.  And it has helped a lot of them.2

"We do this for them.  So that they don’t form groups of boys and girls not doing anything.  It is good that they, the young people, serve the community."

One Friday night, as students shared their prayers, Carmen, one of the facilitators, emphasized the importance of collective leadership as she states:  We are all leaders here.  You should share your thanks to God because we are all equals.3

This theme of collective decision-making is further evident in youth group activities.  While the facilitators organize the basic structure of the meeting, coordinating meeting times and drafting preliminary meeting agendas, many of the activities are discussed and debated among youth participants.  During the bi-monthly movie night, the youth group debates which movie they want to watch, discussing whether The Blind Side or Tangled is a more appropriate movie for the group. In addition to movie nights and more formal Bible study, the youth group also practices and prepares Youth Theatre performances. As Lucy, one of the facilitators, mentioned, the group would also like to form a youth choir.

During one meeting, while preparing for a musical-theater production, the youth watched the scene that they were going to perform on a television set which was in the corner of the meeting room.  In this scene – a drama about a college student who rejects God and instead parties with the Devil, drinks, and smokes among sinners, and is only later rescued by God – the religious message is apparent.  Sin surrounds us, but sometimes we have to resist temptation and embrace God.  Instead of analyzing the scene, however, the youth group began practicing the production, demonstrating the duality between informal community building and a more formal (less interactive) Catholic bible study.  As participants volunteered to play different roles, utilizing a system they call un sistema demócrata de casting (a democratic system to cast parts) in which any volunteer could play a part, the room became very noisy.  Everyone laughed and smiled as participants stood up and started dancing together to mimic the “sinners party.”

This theme of resisting sin and becoming esteemed members of society is apparent as Carmen Lleves describes her motives for leading the youth group:

We do this for them.  So that they don’t form groups of boys and girls not doing anything.  It is good that they, the young people, serve the community.  Because they are going to be serving important people, and that [they] need to thank God…  Because if you aren’t with God the only thing that you are going to have is problems, and you are going to be sad.  The people who are with God are not sad. They are happy serving others.4

Youth Group Facilitators and Participants discuss the successes of the youth group and their dreams for the club's future.

While this group is relatively new, participants and facilitators have vivid dreams for the future of the club.  As one facilitator states:

The participants themselves also have goals for the future.  As Carlos explains:

I want to get more youth not falling to sin, but doing the right thing.6

Other youth group members have similar dreams, stating that they also would like to recruit more Latino youth who do not attend church to the youth group and would like more youth to participate in the Sunday Mass.  Other young people have more “religious” dreams, and hope to learn more about the bible, mass structure and “learn more about God”.   When discussing the success of the club thus far, youth also often mention the relationships they have formed with other young people, and their ability to “aprender todos juntos” (learn together).