Many congregants at St. Dominic’s cite an inability to financially support their families as a major factor in their decision to immigrate to the United States. As Lucinda Gonzales discusses her motives for immigrating to the United States she states:

“I wanted to send my sisters to school… I wanted to work…. My parents didn’t want me to leave, my mom cried and cried, but I had to leave.”1

Lucinda’s decision and the decisions of thousands of immigrants like her to leave their homes in Veracruz, Mexico to work in the United States reflects the profound implications of national policies like the  North American Free Trade Agreement (NAFTA).  NAFTA, signed into law in Canada, Mexico, and the United States in 1994, allowed the “free-flow of imported goods between member countries by eliminating duties and trade barriers.”2 NAFTA was instituted in part to decrease illegal immigration from Mexico to the United States by incentivizing the transfer of American factories into Mexico in order to create new jobs.  This policy, however, had the reverse effect, largely due to neoliberal land reforms that left thousands of Campesinos without financial opportunity.  The number of Latino immigrants to the United States doubled from 1980 to 1990 and tripled in the following decade.3 While NAFTA created more low-wage factory jobs in northern Mexico, especially near the border with El Paso, Texas, the stipulations of this treaty, those that eliminated duties and taxes, also undercut many jobs in rural Mexican communities.  The price of Mexican farmers’ produce could no longer compete with American agricultural goods.  Many farmers lost customers and had to look for work elsewhere.

The Malt-O-Meal Factory located in Northfield is an example of a food system factory job that encouraged Mexican immigrant to reside in rural Minnesota through NAFTA and temporary work agreements between the United States and Mexico.

After the Bracero Program was established during World War One in the United States, conventional food systems became reliant on cheap immigrant labor. Under this policy, Mexican citizens could work in the US for temporary, renewable periods under agreed-upon conditions to replace workers who had left to fight in the war.4 As such, many rural farmers and their families who lost their jobs in Mexico crossed the border to the United States illegally in order to fill these positions.

NAFTA was also enacted just as major manufacturing plants were transferred to rural areas in the United States, thus incentivizing immigration to rural regions in Minnesota.5 In Northfield, the construction of the Right Way packing plant, sod farms, and increased capacity at the Malt-O-Meal factory coincided with the immigration influx associated with NAFTA, thus leading to “the migration of Latinas and Latinos to rural areas [due to] the sharp expansion in manufacturing employment.”6 These manufacturing plants relied on cheap labor in order to make a profit, and often actively sought immigrant laborers. While policies such as the 1965 revision of the “national origins” quota system, and 1986 Immigration Reform and Control Act similarly spurred immigration from Mexico to the United States, NAFTA signified a shift in patterns of immigration.7 For the first time, more Mexican immigrants were settling in rural Minnesota than in urban areas.  As Lucinda later recounts, “my friends had a job for me in Northfield. My destiny was in Northfield.”8 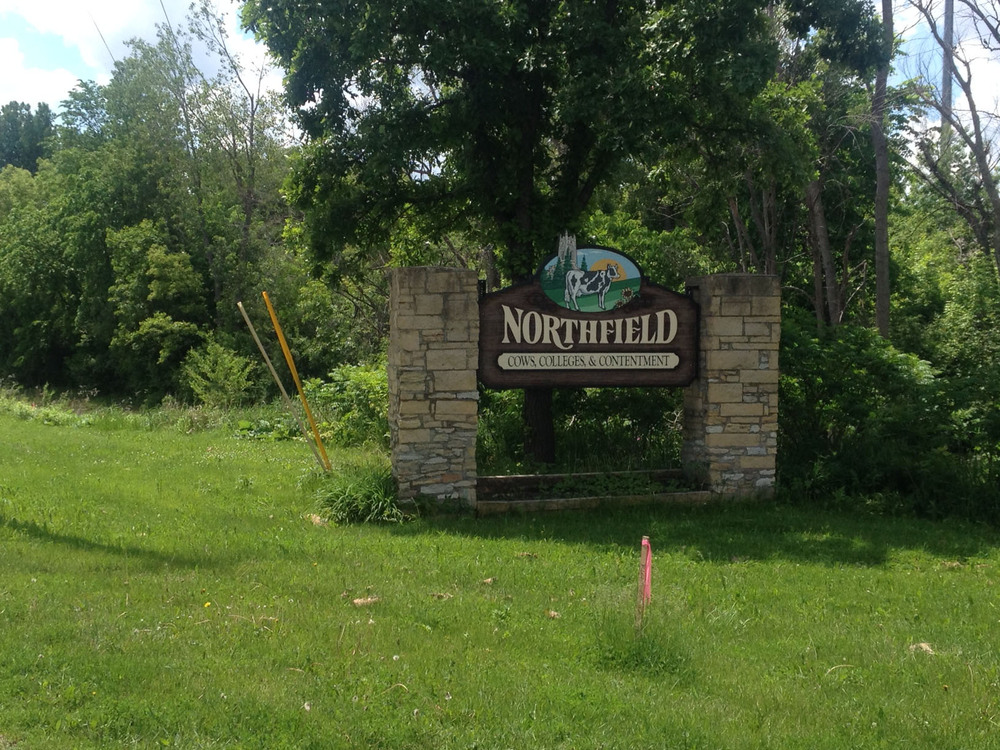 While recent Latino immigration to Minnesota was largely motivated by the prospect of economic gains, migrants brought with them riches in numerous forms – in their unique religious and cultural traditions, in language, cuisine, and new perspectives.  Over the past forty years, the Mexican-American narrative has been wrought with naïve and misplaced pity, largely ignoring these cultural and religious riches.  Focusing on devastating and dramatic border-crossing accounts, on “the achievement gap,” teen pregnancy, poverty and obesity, most stories about Mexican immigrants highlight the difficulties, not the successes, that newcomers experience.  Reducing immigrants to their needs, stripping them of their pride, culture, and potential is the true misfortune.

In this context, a study St. Dominic’s Church is all the more important. With a Hispanic congregation of over 1,500 members (60% of the parishioners from Veracruz, Mexico), this church is a place where the Latino community has been able to organize, share, and enrich the vibrant culture that makes Northfield unique.9 The story of "St. Dom's" and the vibrant Latino religious community in Northfield is a story of intense acculturation, personal rejuvenation, and community.  It is a story that recognizes the achievements and vibrant culture the Latino Community contributes to the town, and a story that, above all, congregants can, and should, be proud of.