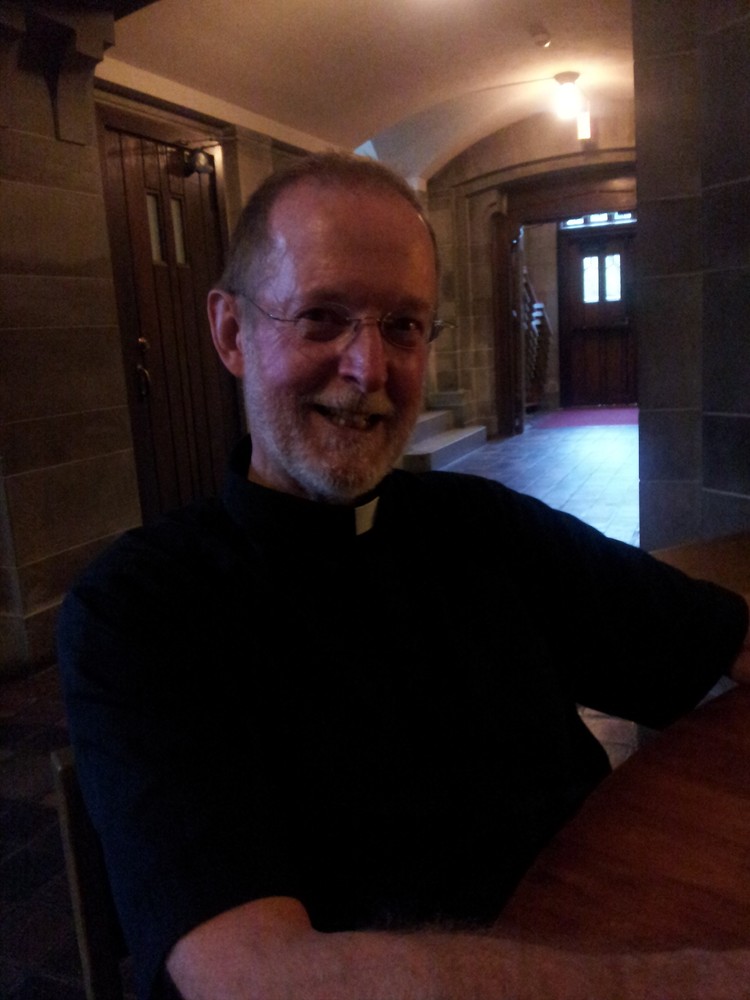 Father Denny Dempsey after mass in the chapel at Carleton College.

Father Dennis Dempsey (who prefers to be called Father Denny) grew up in Minnesota and studied at St. Thomas University. After eight years of theological schooling, Father Denny made a rather impulsive decision to travel throughout the United States. Hitchhiking and biking across the country, he taught in schools, and worked other odd-jobs, gaining the “hands-on” experience which would come to be indispensable knowledge after returning to seminary and becoming ordained in 1980.

As a diocesan priest in St. Paul, Father Denny committed his career to this specific region, which includes twelve counties around the Twin Cities area as well as a mission parish in Venezuela.  In the 1990s Father Denny visited this parish with the goal of becoming fluent in Spanish.   Five and a half years later he returned to Minnesota and has been working with Spanish- speaking communities ever since. In 2004, Archbishop Harry Flynn wanted a priest at St. Dominic’s who could speak Spanish for the Mexican congregation, and Father Denny was appointed.

As a priest, Father Denny’s official responsibilities include “consecration, offering and administering” the body and blood of Christ and remission during confession. 1 However, Father Denny has far exceeded these expectations by fostering a more cohesive religious community in Northfield.

“[Community is] a group of people united, sharing something in common. To build community is, then, to enhance the sense of sharing a common journey or mission in a way that individual members see both the benefit of mutual support on the journey together and sharing their strengths for the good of all in the same mission.”2

“Shared-ness,” a word Father Denny has coined, belies his goal to foster a community which embraces newcomers with “such wide open arms that there’s room for everybody to be at home.”

"The stuff that divides us is ultimately not the most important stuff."

True to form, Father Denny, recalls the exact moment that he embraced this inclusive attitude:

I had lunch with the bishop this one day when I was a deacon at the time, who said ‘I’m so proud to be the bishop of a diocese that’s got such wide open arms so there’s room for everybody to be at home.’ Isn’t that great? So I really liked that, that’s been kind of a guiding thing for me... you know the thing is, we can live with differences, we can live with a pretty wide spectrum of stuff, cause you know ultimately, the stuff that divides us is ultimately not the most important stuff.