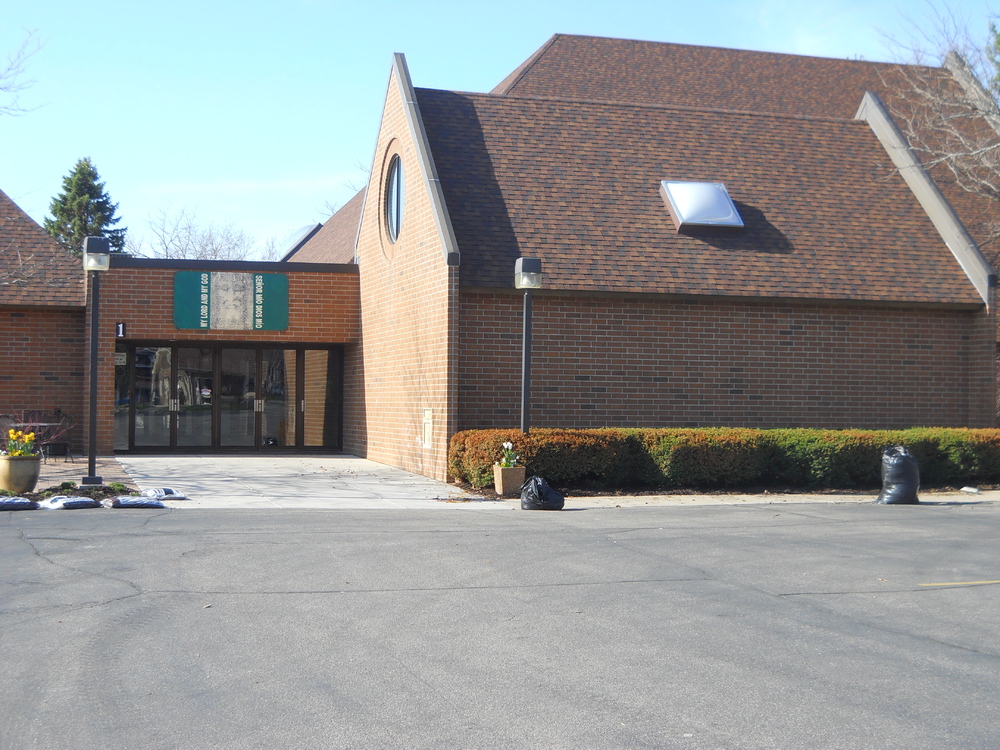 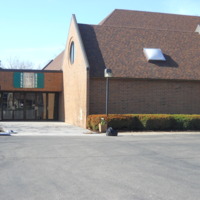 St. Dominic's Church sanctuary building.  The smaller building in the front is the "poquito capilla" - the small chapel where the first Spanish mass was held in Northfield. 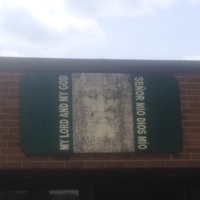 Entrance to the sanctuary. Sign reads: "My Lord and My God" in both Spanish and English 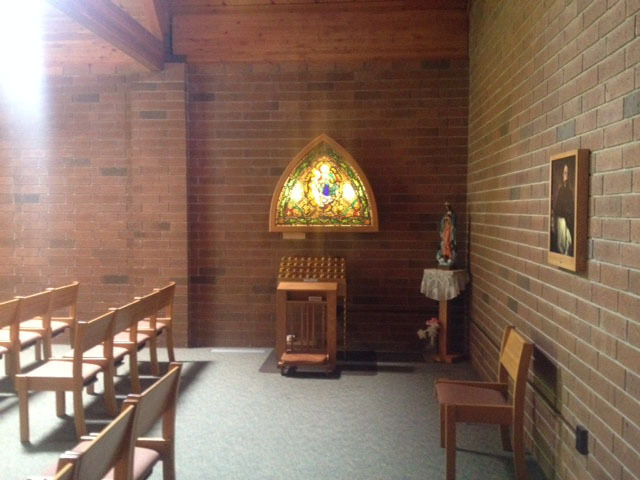 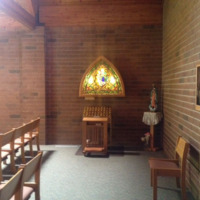 Altar inside the Chapel 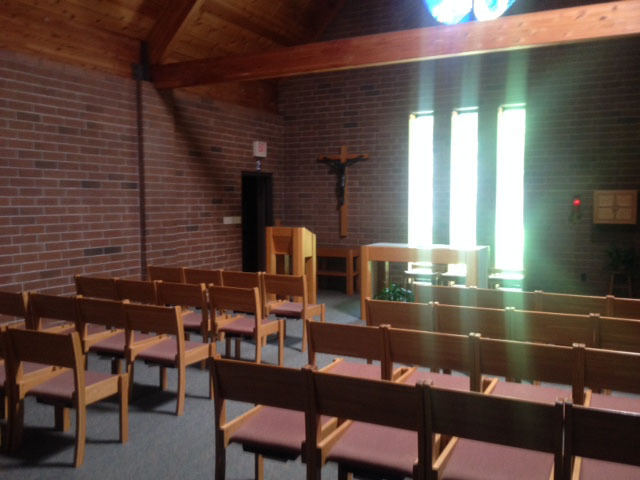 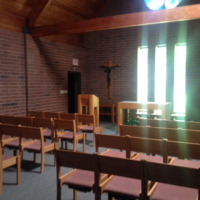 Chapel set up for Spanish Mass

“At first there was a mass at the poquita capilla (the small chapel) with Padre Francisco,” states Lucy Gonzalez, a quiet, amiable middle-aged woman who emigrated from Veracruz, Mexico in 1996.1 This small chapel was the site of the first Spanish mass at St. Dominic’s in 1993.2 Father Frank Fried (Padre Francisco), the first bilingual priest at St. Dominic’s, held this mass as part of an agreement with Divine Mercy Catholic Church in Faribault to accommodate the growing Catholic Latino Community in Rice County.

Every other Saturday, Father Fried opened the chapel doors and offered services in Spanish after spending weekdays walking along dirt paths through the Viking Terrace Mobile Home Park (where many Mexican immigrants in Northfield live) to visit Catholic residents offering counsel and prayer.3 Since 76% of the immigrants from Mexico are Catholic, these services were well-attended, and at the end of the decade, Father Francisco started offering weekly Misa at seven in the evening on Saturdays in the main chapel, and a smaller mass at seven thirty in the evening on Thursdays in the small chapel.4