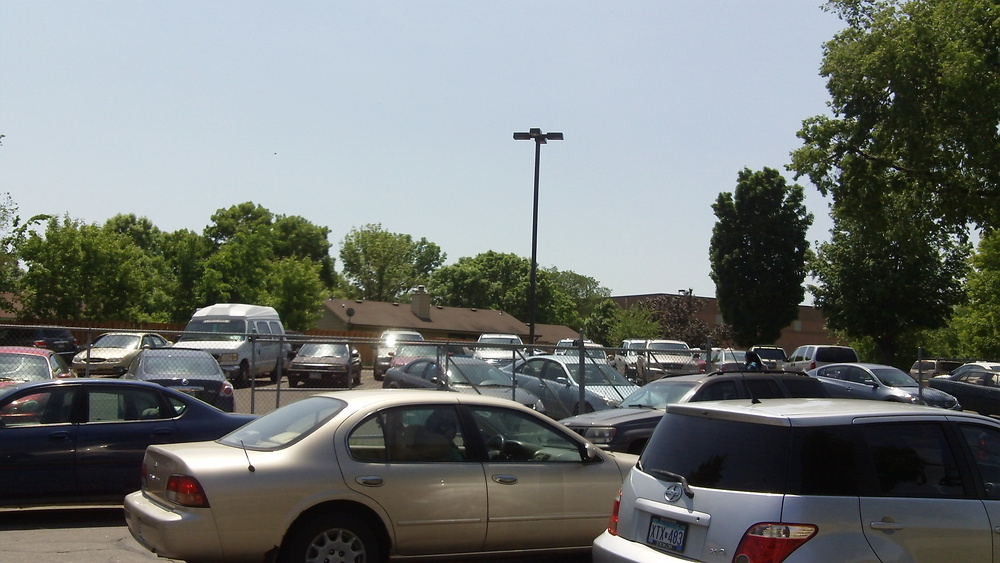 Every Friday afternoon, cars fill the parking lot of Masjid An-Nur for the weekly Jumu'ah Service. Like most mosques around the world, the Jumu'ah service is the best attended service at Masjid An-Nur. Some cars even spill over onto the sidewalks and into the parking lot of the Cub Foods across the street. Although the Masjid is predominantly black, but the diversity of the masjid community is reflected there. While members of the masjid may come from different background, they are all coming together to take part in the Jumu'ah service because of their “Muslim First” identity.

Research on both Arab American and and African American Muslims has suggested that the intersection between race and religion has been a significant factor in how both groups have tended to identify themselves as Muslims first. The reasons for this "Muslim First" identification have been different, however. American discourse about religious pluralism has often led to immigrant communities privileging religious identity over ethnic and national origins as a means of gaining acceptance. This is not unique to the Muslim community; scholars like Prema Kurein have noted that, in a culture that has celebrated, claiming religious identity as primary is a way of "becoming American."1 Following 9/11, however, "Muslim First" identity has often been imposed by society at large in an American context that has seen increasing Islamophobia.

For many Muslim immigrantsl, regional cultural practices and beliefs are intertwined with Islamic practice.2 Scholars have noted, for example, that some Muslim Arab-American youth struggle with negotiating their own beliefs about marriage, women’s rights, and social taboos with those of their immigrant parents and "Muslim First" identification has sometimes been a way that such divides are negotiated.3 For example, in a study of Arab American youth in California, Nadine Narbar noted that when parents tried to assert that their children should only marry someone of their racial/ethnic background, young women used their understanding of the Qur'an and the idea of being "Muslim First" as a justification for their "marrying out" of their particular ethnic or racial community.4 "Muslim First" identity was also a way that the young women in Narbar's study disassociated themselves from the image of an "Arab Terrorist" when speaking to their white American counterparts. This "Muslim First" discourse enabled them to represent Islam as a peaceful religion akin to other religious traditions, while also creating a distance between those who resemble them ethnically or racially, but not, in their articulation, theologically or religiously.5

African Americans Muslims, on the other hand, have confronted different challenges with respect to their identities. Especially because groups like the Nation of Islam have been seen as selective in their adherence to Islamic tradition and law—even viewed as "not really Muslims" by other Muslim communities—some African American Muslims have positioned themselves as "Muslim first," emphasizing their commitment to the "true Din (religion) of Islam" in an effort to gain acceptance in the wider Muslim world.

In 2013, it was not uncommon to hear many people at Masjid An-Nur assertion that their were Muslim before they were Black; in the context of Black Lives Matter, however, following the deaths of Philando Castile and George Floyd in Minnesota, in specific, this prioritization over religious, as opposed to racial identification may well be less common. In 2013 Imam Makram El-Amin, spoke about the relationship between his Black identity and his Muslim identity, explaining, “they are not in conflict but they are not equal. One is much more important than the other.” He went on to say that his Muslim identity was the more important identity. Though being Black is a part of who he is, being Muslim is something he lives and embodies every day. With an increased focus on systemic racism, however, this distinction can feel more difficult to make. While being Muslim is an identity that one assumes and chooses through daily acts before God and humanity, being Black in a racist America is not an identity one chooses, but a daily reality that Black people must face.

In 2013, reflecting on his decision to convert, an African American man at Masjid An-Nur talked about his relationship to Christianity, stating, “They say the son of God and he was usually portrayed as blond haired and blue eyed. I mean to me you are saying that is the son of God and you are portraying him that way, so what color is God then? I didn’t know God had a color. So to me I never could swallow that right there. So when I heard Islam and we don’t have any of these pictures of people up and different things like that.” Islam, for this man, offered the ability to understand the Divine in ways that transcend racial inequity and distinctions.

Because of its decidedly African American roots, Masjid An-Nur feels like home for many African American Muslims who don’t necessarily feel as welcome at other Masjids. In describing his reason for attending Masjid An-Nur, one man said, “It’s basically an African American community and I relate to that very well because some of the other Muslim communities are into their culture and different things like that. That is not Islam. It is not about your culture.” For some, Masjid An-Nur is viewed as a space wherein people can see and acknowledge different racial and ethnic backgrounds without centering them as what is most important; what unites the community is their relationship and commitment to Dar al-Islam.

Some members of Masjid An-Nur also embrace a "Muslim First" identity as a way to understand the charity and outreach work that they do. As man at the Masjid said,

We believe that everyone is born Muslim because [of what] that word Muslim means in Arabic, [it] means "one who submits his will to God." So it doesn’t make a difference really what religious persuasion you got or what thinking you have, humankind is humankind. If you put the difference aside everyone is a human, so we should treat each other that way. So, I don’t believe in uplifting the race and everything. There should be an uplifting of everybody at all times and yourself as well. Your character is all you have, so, if you are not portraying the right objective as far as carrying out what you say believe in it’s a wash anyway. Your character is who you are.

Much of Masjid An-Nur's outreach and community service work extends well beyond the Muslim community, and this is especially the case in the context of the COVID-19 pandemic. As result of their location in North Minneapolis, and the realities of socio-economic and racial disparities, many of the people they serve are Black. Those giving and receiving often "look the same," and the line between the “haves” and “have nots” is often blurred. Masjid An-Nur has articulated one of their missions, as addressing the ways in which Black people have been continually disenfranchised in American political and economic structures and responds to the needs of the Black community, in part, through their community service programming.

While many Muslims claim the “Muslim First” identity, this does not necessarily translate into how they are read and perceived by others. "Muslim First" can also experienced in ways that are decidedly gendered. Whereas Black Muslim men don't necessarily have a physical presentation that obviously distinguishes them from Black men of other religious traditions, they are often read, by others, as Black first. For Black Muslim women who cover, however, they are often perceived as Muslims First. Such gendered distinctions also effect how people relate to their own identities, as well as their experiences with racism and Islamophobia. Furthermore, "Muslim First" experiences and identifications are highly situational, changing based on context, wherein a particular part of one's identity may be rendered more relevant in certain situations. For example, in the response to the murder of George Floyd, many Black Muslims found that their strongest solidarity was with other Black people as they respond to and resist systemic racism.

The “Muslim First” identity reflects the impulse to create a more inclusive Muslim community, much like the one Malcolm X described in his pilgrimage to Mecca.6 Like with all identities, however, Muslim identities are always complicated by the intersections of race, gender, sexuality, ability, etc., all of which impact how individuals are perceived as they move through the world. Masjid An-Nur is a site in which the rich complexities of identities are made abundantly clear.