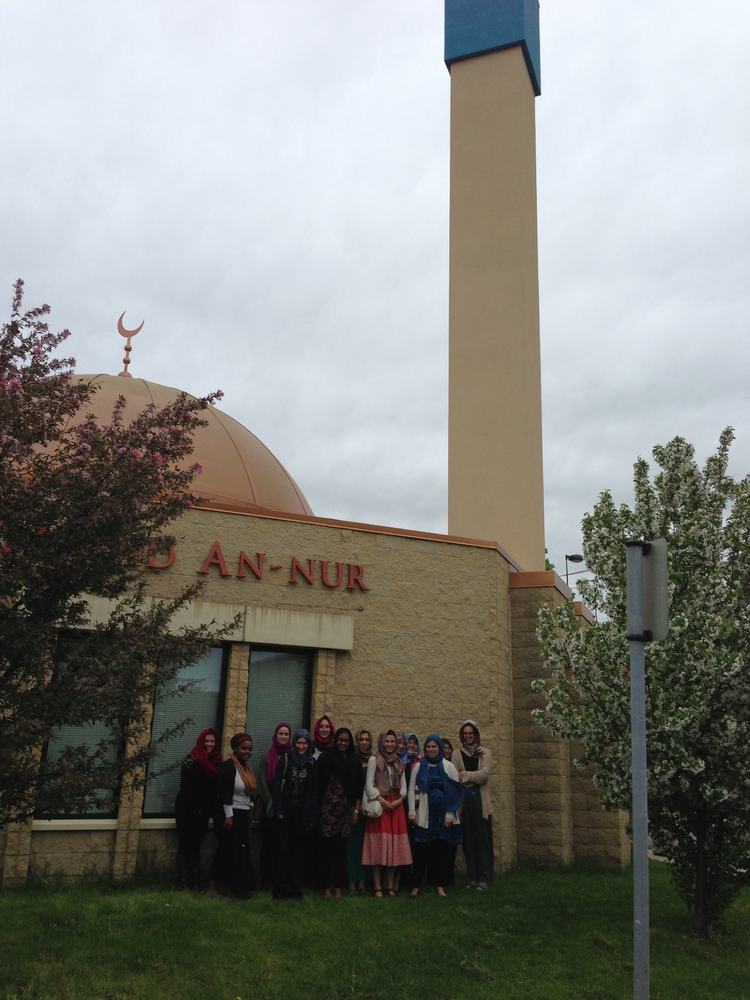 Masjid An-Nur emerged out of the reformation of the Nation of Islam in 1975 by Imam Wallace D. Muhammad. Imam Wallace sought to transform the community from one focused on Black Nationalism to one focused on inclusivity of all Muslims everywhere. To do so, he sent individuals from the Chicago temple to different parts of the country to establish other Masjids and Islamic communities.1 The group of families sent to Minneapolis from the Nation of Islam in the late 1970′s helped establish an Islamic community in Minnesota.

Masjid An-Nur has a complicated history in Minneapolis. The mosque has undergone a plethora of name changes and struggled to find a permenant home for its community members. After several location changes in North Minneapolis, the mosque moved to South Minneapolis but the mosque returned to North Minneapolis by 1996. The property where Masjid An-Nur resides, as of 2012, was a restaurant in the early 1990s. Known as Rick’s Cafe, the restaurant experienced a fire in 1994 which resulted in lots of damage to the building. Rather than pay to repair it the owner, who was himself a Muslim, sold the building in 1995 and in 1996 Masjid An-Nur opened its doors. The masjid has undergone renovations since then, and now has both a dome and minaret.

Below Arlene El-Amin narrates the history of Masjid An-Nur:

There was a precursor to Masjid An-Nur called Muhammad ...something or Muhammad Masad or whatever back in the 1950s [it was also called the Temple]. The name Masjid An-Nur evolved over several name changes. The name Masjid An-Nur was adopted in, I think, 1990. Okay? But there were many other names for it, for the organization for itself. It started in North Minneapolis. It had several addresses in North Minneapolis, it was on the South side of Minneapolis, and then back in the 90s it came back to North Minneapolis. We’ve been in this particular location since 1996. It started with a group of people who had heard the message of Elijah Muhammad of the Nation of Islam, better known as the Black Muslims, decided to become members of that, but again in the mid- 50s. Up until the time that Elijah Muhammad passed away in February 1975, we were known as the Nation of Islam, and the moniker that the press gave us was "The Black Muslims." The reality is we’re Muslim who just happen to be Black. Okay? When Elijah Muhammad passed away, Deen Muhammad, his son, took the helm. Now there had been a little bit of friction between the son and his father, because the son recognized that the Nation of Islam was not actually practicing the religion of al-Islam, as was being practiced by billions of people around the world. So, he transitioned us from the Black self-help group, Nation of Islam, to invocating the tenants of the faith of al-Islam from around the world.
← Previous
Next →