Masjid An-Nur means “Mosque of the Light” in Arabic and it is comfortably nestled at the corner of 18th N Street and North Lyndale Avenue in Minneapolis. Driving up North Lyndale Avenue, the top of the mosque’s minaret (a tall slender tower attached to the mosque) appears first, like the sun rising from the horizon. Masjid An-Nur has both a dome and a minaret, which distinguishes it visually from some other mosques in the Minneapolis area. The outside of the building is a yellow sandy color. There are long windows on the sides of the mosque facing the street. 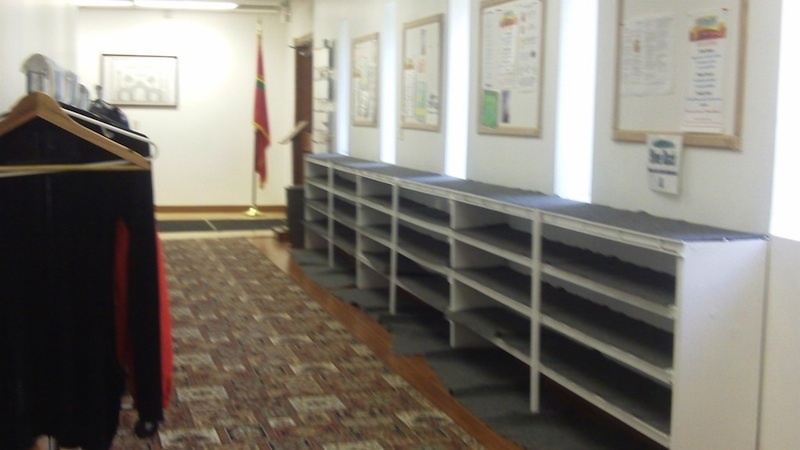 Shoe racks outside of the musallah

The inside of the masjid is filled with white walls that enclose offices, bathrooms, the kitchen, the musallah (prayer room), and the basement area. Like at all mosques, shoes are not permitted in the musallah, and, therefore, the shoe racks are among the first things you encounter.

Bulletin boards inside the mosque inform those who pass by about social service programs, the Minneapolis prayer schedule, and ways in which they can help support the mosque and its many initiatives. The walls of the mosque are blank except for Arabic calligraphy and the Enter/Exit signs. 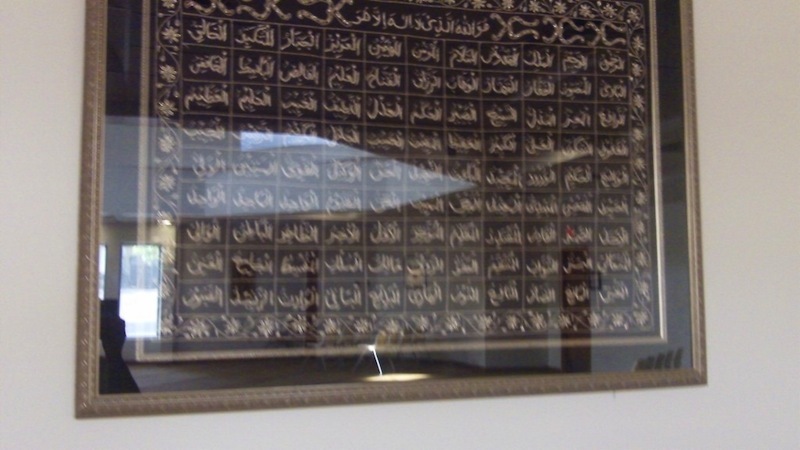 Picture inside of the musallah

Masjid An-Nur has grown exponentially since its relocation to North Minneapolis. In 1996 only a handful of families belonged to the mosque. In 2012, over one hundred families affiliated with the mosque; the number has grown significantly since that time. The Jumah prayer service on Friday frequently attracts over two hundred worshipers and Masjid An-Nur’s mailing list exceeds five hundred households.

Masjid An-Nur was founded as a mosque for Black Muslim Americans and it was initially affiliated with the Nation of Islam. It has gone through many changes since that time, including name changes, but it remains one of the longest standing mosques in the Twin Cities. The masjid is currently situated in one of Minneapolis' historically Black neighborhoods, although it has become increasingly diverse in the last few decades.1 Data collected by the U.S. Census Bureau and the City of Minneapolis in 2010 found 43% of North Minneapolis was Black, 30% white, and 13% Asian.2 Much like this area,  members of Masjid An-Nur today come from all different backgrounds and parts of the world. In addition to being the longest standing African-American mosque in the Twin Cities, Program Director Arlene El-Amin described Masjid An-Nur as the only “African American administrative mosque” in Minneapolis. She explained that this means that Masjid An-Nur is the only mosque in Minneapolis with a primarily African American staff. Although many African immigrants attend Masjid An-Nur, and there are a number of Masjid that are run and attended predominantly by Black Muslims, Masjid An-Nur has a particular African-American and American history, orientation, and organizational structure.

Leaders at the mosque describe it as being communities focused, which is refelcted in the mission of the mosque's Iman Makram El-Amin. Imam Makram El-Amin states that the ultimate goal of the mosque is to be “a light, a beacon of hope for this community, [in] which we reside, live and worship and serve, as well as for [disseminating and representing] the authentic message of Islam.” It is this mission that motivates the Masjid community in their work to support others through numerous service programs. Masjid An-Nur's initiatives with respect to homelessness, hunger, joblessness, and public health. They have also been at the forefront of environmental issues and are the first "Eco-mosque" in the Twin Cities.3