Salat (ritual prayer performed at 5 prescribed times daily) is one of the five pillars of Islam. Times for prayer are dependent upon one's geographic position in relationship to the sun, and therefore the times vary.

When prayer is performed in a communal setting, the muezzin (the one who calls Muslims to prayer) recites the Adhan. Customarily, in mosques where there is a minaret, the Adhan is recited from there. Prior to the addition of the minaret at Masjid An-Nur, the call was done in the musallah (the prayer room) and could be heard from the street. The video below shows Masjid An-Nur’s muezzin Elijah Muhammad reciting the Adhan in the musallah.

The Adhan is a public affirmation of God's greatness and statement of the Shahada, the first of the five pillars of Islam. 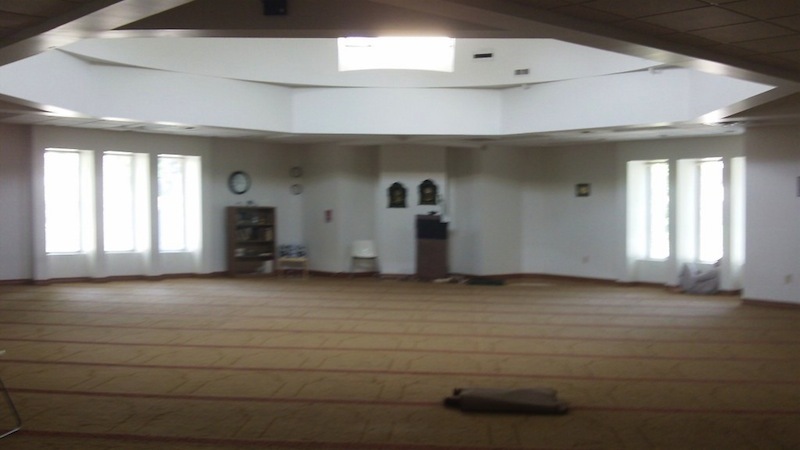 At Masjid An-Nur, the Jumu'ah prayer service is held at 1:30 pm every Friday. Jumah is usually the largest prayer service of the week, with male members of the community in highest attendance. The service takes place in the musallah, which is a large carpeted prayer hall located on the main floor. At any other prayer time, the masjid has individual prayer rugs for people to use. However, for the Jumu'ah prayer, separate rugs are not used during the communal prayer. Men enter the musallah through the front side door and women through the back door. Men sit in the front of the room, near the Imam, and women sit in the back of the room with the children. Women with small children who may cry or make noise, are encouraged to go downstairs and pray in a separate multi-use open space where they can still hear the service. 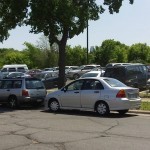 When inside the masjid, all of the women and many of the young girls wear the hijab (a scarf that covers the hair and neck) or another form of head covering. Otherwise, the type of clothing worn to the masjid varies and reflects the diversity of those who worship there; women often wear long dresses, traditional robes (abaya), or loose pants and men might wear anything from jeans to suits, and many wear a kufi (a brimless hat). The children are generally dressed in what might be called "average American" clothing; some of the girls are covered and dress like their mothers, but most are not. Many of the young girls wear jeans, t-shirts, and/or long t-shirts, along with some form of a head covering. And most of the boys wear jeans and t-shirts. 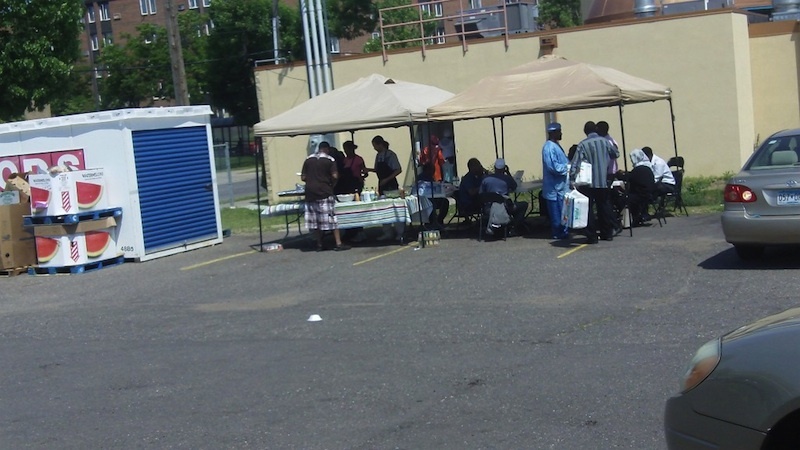 The Jumu'ah (Friday prayer) service is distinct from others during the week because the khatib (the imam or another guest speaker) offers the Khutbah (sermon), which consists of two public discourses, before the community. The preaching usually lasts for 30-45 minutes, and the khatib usually draws upon passages from the Qur’an. At Masjid An-Nur,  when Qur'anic passages are recited in Arabic or other Arabic words are used, they are also translated into English, making the service accessible to people with a wide-array of backgrounds. After the khatib finishes preaching, the iqama (second call to prayer) is recited and the community joins in the afternoon prayer.

As is customary in communal Muslim worship, when prayer begins, people line up shoulder to shoulder and move together as one. This physical positioning symbolizes the idea that there is no hierarchy in Islam and everyone is equal in prayer before Allah (God).

Following the Friday service, announcements are made and people are invited to stay and partake in a complimentary communal meal. The food varies, but reflective of the African-American heritage of the community, one Friday lunch included macaroni and cheese, chicken, salad, greens, and dinner rolls.