By Shantrice King and Leah Eby 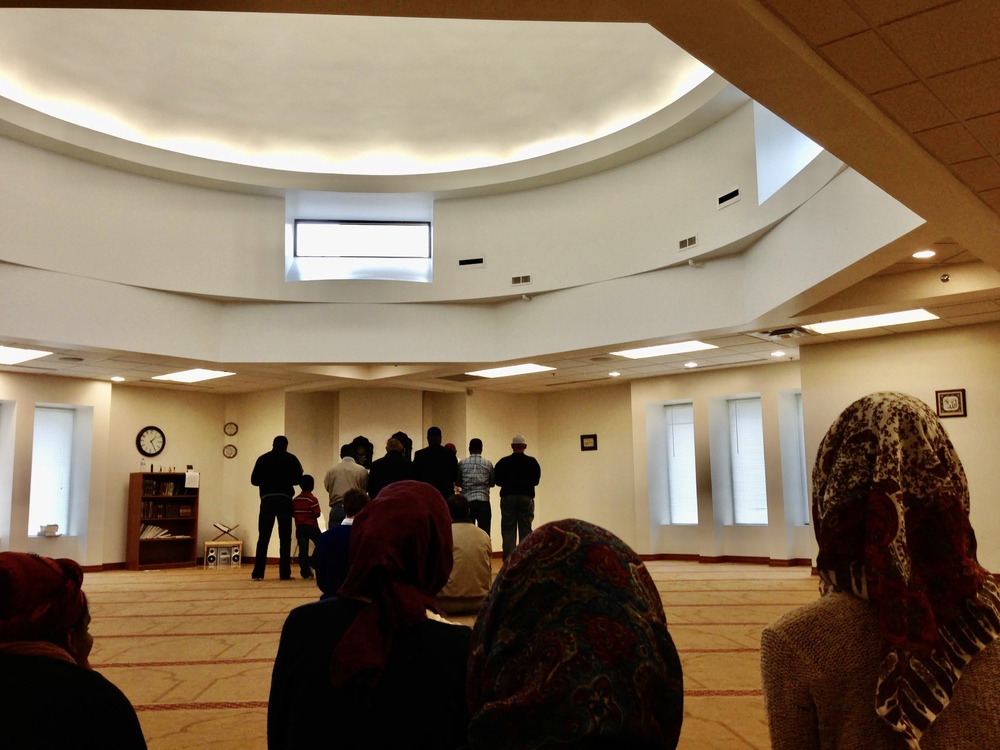 Located in North Minneapolis, Masjid An-Nur serves a diverse Muslim population. Born out of the reform movement of the Nation of Islam in the 1970s, Muslim families from Chicago relocated to Minneapolis to establish a Muslim community. Today, the masjid is largely composed on African-American Muslims, although not entirely. In addition to offering programs for masjid members, the masjid is very engaged with social justice and interfaith efforts and it is one of the most politically active mosques in the Twin Cities.

During one of my site visits to Masjid An-Nur, I was outside the mosque taking pictures when an African-American woman walking by smiled at me and said, “As-Salamu’ Alaykum, my sister.” Thinking she mistook me for someone else, I did not respond. However, a few minutes later, I received the same greeting from an African-American man. It was then I realized that these local residents assumed, most likely because of my skin color and clothing, that I was a Muslim member of the mosque. Their friendly treatment towards me was the first of many indications that Masjid An-Nur is a respected and revered fixture in the North Minneapolis neighborhood. —Shantrice King, '13