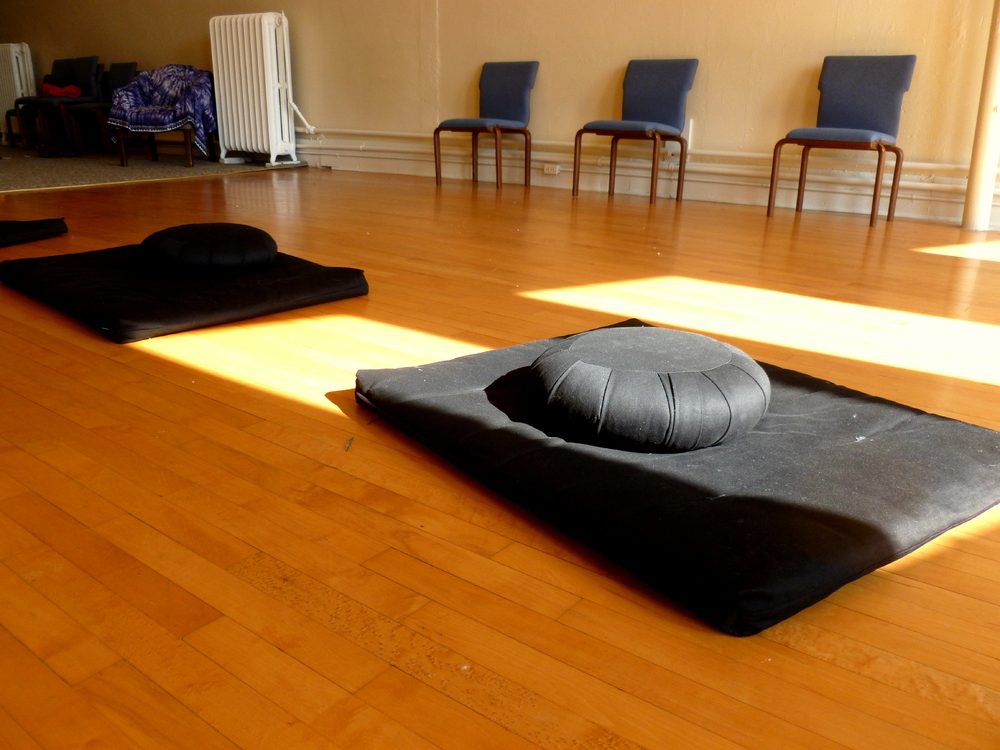 Chris talks about what it means to him to be a "secular Buddhist."

I would say that I identify as Buddhist, but it feels not so much in a religious sense as a practical, for life, ethics, in a sense. I don’t know if that makes me a secular Buddhist, in a sense. But as I said earlier, I really identify with the psychological principles. Buddhism is awareness of suffering and the causes of suffering. And the methods for release, if you will, from suffering. And the path that you follow. The practices. And the ethical system is a perfectly good one. A lot of overlap with the other ethical systems, other religions in the world. I really identify with the fact that Buddhism seeks recognition on the part of a lot of people that the answer is not in Heaven, the gods, it’s in us. We have to. We have to control our own behaviors. And this is where we oversimplify; we have good and bad in us. And we need to figure out how to accentuate the good and keep the bad under wraps, in control. And I thought that Buddhism did a particularly good job of developing a system to help people do that in their daily lives. And that’s the piece out of it that I like.

As an adolescent young man growing up in the United States, Chris was an active participant in the Greek Orthodox Church.  Though he “enjoyed the community and social aspect of” the church, Chris started to find that Greek Orthodoxy  “didn’t, particularly, speak to [him] as a philosophical and psychological system.” Eventually, he began to drift away from the Church, and did not raise his children religiously.  Though he no longer considers himself Greek Orthodox, he still visits Greek Orthodox churches occasionally, especially on Easter. Chris found his way to Buddhism in the 2000′s through a Mindfulness-Based Stress Reduction workshop that wove threads of Buddhism into its teachings.  Chris remembers liking the approach and “the sort of psychological system that Buddhism seems to manifest.”  Afterwards, he found he could use the breathing techniques he had learned to “keep [him]self centered and not get tangled up in the emotions, and stresses, and conflicts of a particular situation.  To be there, and to be engaged, but not drawn into it in a way that’s unproductive.”

A few years later, Chris decided to start coming to the Northfield Buddhist Meditation Center.  He remembers that while he had developed his own practice at home, he “felt it would be a great support  for [his] own practice, and a way to broaden [his] understanding.” He quickly became part of the sangha of the center, becoming an active member after less than a year.  Though his quick leap into the community surprised him, he has enjoyed being part of the organizational leadership very much.  Today, he regularly attends afternoon sits and continues to develop his meditative practice at home.  Chris identifies himself as Buddhist, but feels that the way he interprets ‘being a Buddhist’ is almost secular or non-religious.  It is Buddhism’s ethical and psychological arguments with which Chris identifies so strongly.  To hear Chris’s explanation of his current relationship with Buddhism in his own words, click on the audio clip above.

* Pseudonym given by author