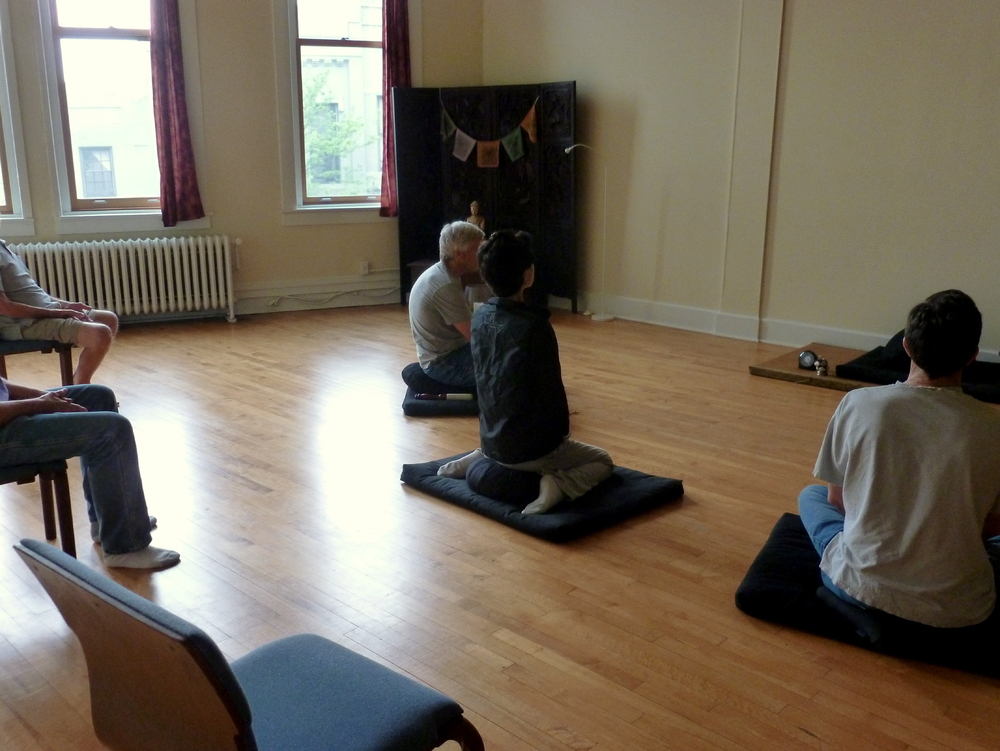 An afternoon meditation session at the NBMC

Everyone at the Northfield Buddhist Meditation Center has a story to share.  Everyone has experienced a journey, both to Buddhist meditation and to the center itself.  One word I heard many members use when describing what they had found in Buddhist meditation was “refuge.” Many, if not using this exact word, describe the center or meditation with the words “sanctuary,” “tranquil,” “compassionate,” or “mindful.” People used these words regardless of whether or not they identified as “Buddhist.”

Another motif among several of the members that I talked with was the following of a certain path to Buddhist meditation: being raised as a Christian, usually not in a devoutly Christian household, and after becoming disenchanted with the Church (usually in adolescence), spending some time (for some, a few years, for others, a few decades) searching for something else.  Finally, finding what they were looking for in Buddhist meditation.  One woman began questioning her Christian faith in college, and gravitated slowly to Buddhism.  One man experienced this journey through hitchhiking across the country, and meeting generous strangers with connections to Buddhism along the way.  Another became disenchanted with the politics of his church during his youth, and did not begin meditating until many years later. Many of these same people are part of the “Baby Boomer” generation that grew up in a country in the throngs of social upheaval.

For some members of the NBMC, beginning to practice meditation has been part of a conversion to Buddhism as a religion.  For others, Buddhist meditation is a spiritual, but not necessarily religious, practice.  For even others, meditation is something that is not religious or spiritual, but a way to mitigate physical and mental stress.

To read the narratives of some of the members of the NBMC and hear about their journeys to Buddhist meditation, follow the links in the sidebar.