Change Is The Only Constant 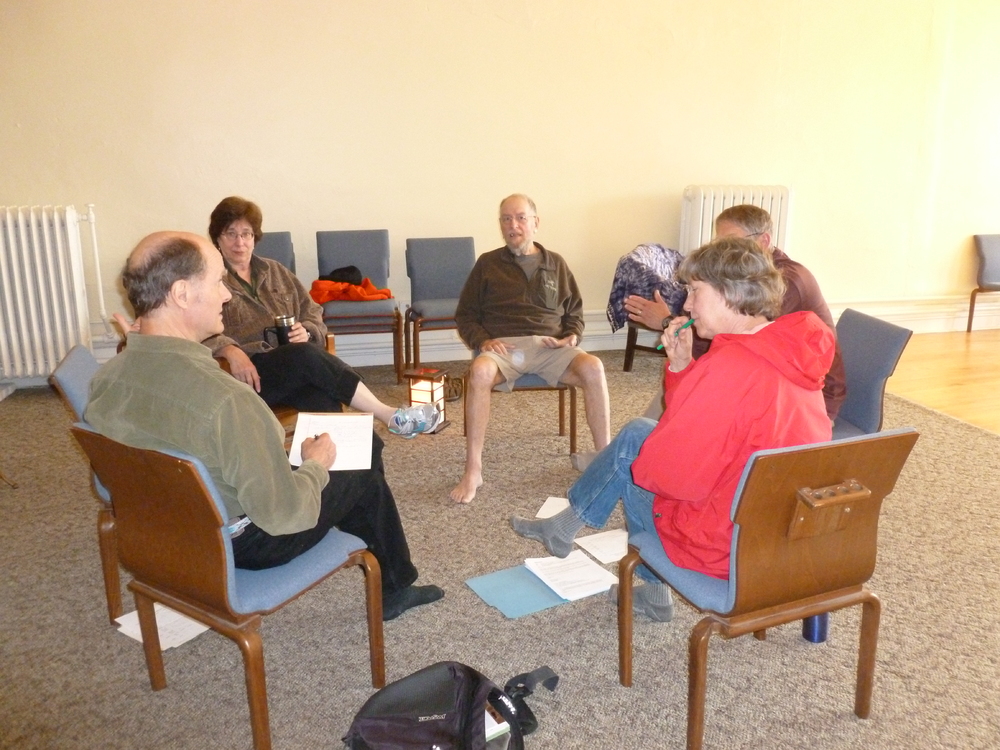 A group of members meet to discuss how to deal with recent changes in the physical space of the center. Photo by Anna Guasco.

When  I walked into the NBMC for my last day of field work, I found the center in a state of transition.

Noticing first a “Goodbye” letter from the owner of One Spirit Yoga (the business that shares the center’s space and rent), I walked into the center to find the faux pebble mat, upon which members used to place shoes, and the large table displaying programs, events, and other centers gone.  Turning the corner, I came upon a group of members sitting in a circle as a committee to discuss how to deal with a huge change: One Spirit Yoga had left, its owner taking with her the pebble mat, table, orb lanterns, couch, comfortable chairs, coffee tables, and the smaller Buddha shrine.  These furnishings were ones that the One Spirit Yoga director owned, and had  replaced earlier furnishings that were less consistent with the aesthetic of the center.  The members sat in chairs normally used for meditation, in the area that once was a comfortable sitting area where members conversed before and after sits.

Instead of blaming anyone or bemoaning the change, they adopted an ‘okay, let’s figure out what to do now’ attitude. 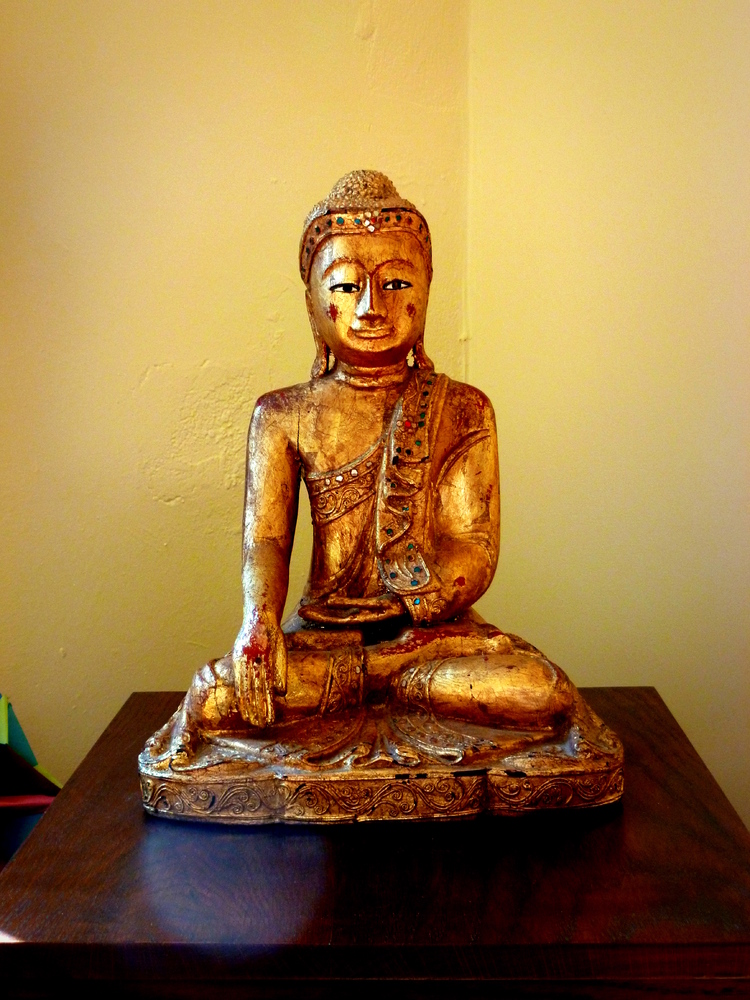 Remarkably, the members I saw did not appear angry and did not condemn the yoga instructor, who seemed to have left rather abruptly.  Instead of blaming anyone or bemoaning the change, they  adopted an ‘okay, let’s figure out what to do now’ attitude. This is a huge change for the NBMC – they have lost at least one third of their rent.  Who will they find to fill One Spirit Yoga’s place? Will they have to “schlep the Buddha” elsewhere?  The change emphasizes, however, the resonance of the Buddhist term anicca, which has so often popped up at the NBMC.  The only constant is change, and the center’s physical space has experienced a multitude of changes over the years.  The Northfield Buddhist Meditation Center is not 3131/2 Division Street, rather the center is defined by its diverse and non-denominational sangha.  If the space must change or the Buddha must be schlepped once more, the center, the people, the sangha will survive and continue to evolve.

The only constant is change.