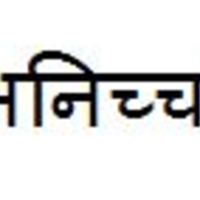 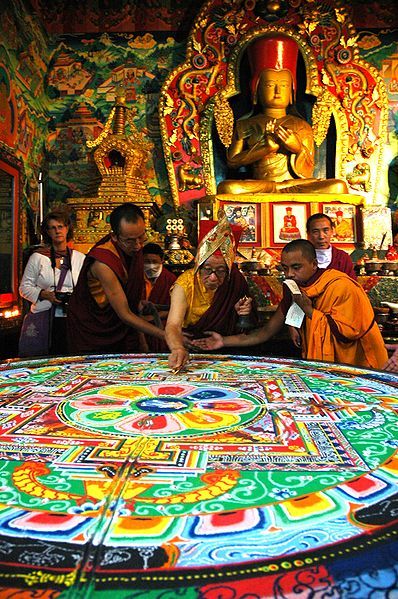 When I first visited the Northfield Buddhist Meditation Center, I was terrified.  It was not that I was scared of the people or of walking just a few blocks from my college campus.  It was something deeper and harder to recognize.  Later, I have realized it was the intimidation and fear of failure; the fear of failing to represent the center and its people accurately, failing to capture every single moment of the Vesak celebration I was about to witness, or failing to produce perfect field notes.  I wanted (and want) to be as accurate and ethical as humanly possible, because, unlike much other academic work, the work I was doing here, with these people, had clear real world implications.  The people whose quotes, personal narratives, and insights I have represented on this website are real people.  They are people who welcomed me full heartedly into the sangha of the center.  Upon my very first visit, I had multiple people offering to talk to me and commenting on how important it was to make information about religious diversity available to the public.  This open-armed reception immediately calmed my anxieties, but did not loosen my ethical goal.  If anything, the way the members of the NBMC welcomed me strengthened my desire to be as accurate as possible.

This is still not a completely accurate representation of the NBMC.  Such a representation is impossible.  I talked to many people, and hope that I have portrayed their stories well, but I know that the people I met are just a sample of those the center has to offer.  Everyone at the center has a story worth telling, and, if I could, I would tell them all.  I have made peace with the fact that my work is merely an attempt to capture an image of the NBMC at one moment of time through one man’s lesson on anicca.  The man teaching this lesson is not an official teacher, but a member and a parent who runs the Children’s Circle.  He spoke of anicca, or impermanence, as something that Buddhism tells us we must accept in our lives.  Everything is always changing, and we cannot force ourselves or our world to remain static.  Hearing about the Buddhist concept of accepting impermanence helped me accept that my own project can reflect only the piece of the NBMC that I knew at a certain moment in time.  The center that I know is not the same one that it was 17 years ago, or even three years ago, nor will it be the same three years from now.  All I can hope to do is portray a glimpse of the NBMC as I have encountered it.

What has struck me the most about my work with the Northfield Buddhist Meditation Center has been the openness and compassion with which members treat each other and have treated me.  So many people were willing to talk to me, and one remarkably kind woman offered to bring me a meal when I had to cancel an interview due to an injury.  Upon informing a group of members preparing to meditate at an afternoon sit that I could not join them because of the same injury, they offered to do a walking meditation with me.  They wanted to find a way for me to experience the benefits of meditation, if I wanted to, and they want that for everyone.  The center does not ‘recruit’ members, but it is open to anyone and everyone who wishes to sit in silence.

I have learned so much about Buddhism in the United States, about people’s journeys to meditative practice, and about Northfield.  As I have learned more and more, I want to ask more questions, and do more interviews.  Fieldwork with the NBMC could be a never-ending project, because as the researcher learns more, and as the center evolves, dozens of new questions and stories arise.  Not only does the center itself change, but so too do its people, and so too do I.  I have learned how to raise enough courage to approach a group of total strangers and ask them to tell me their stories.  I have met so many people, and I have changed by listening to their experiences and ideas.  I have realized how difficult fieldwork is, experiencing first-hand the frustration and exhaustion it entails, yet I also have grown to love it.  My project started out with no focus; today, I see it as a collection of people’s stories.  Everyone has a narrative, and I am grateful to have developed the skills to represent the myriad of stories of a community, of this sangha.  Particularly, I am grateful to the many individuals at the NBMC who took the time to sit down and tell me who they are, where they come from, what they practice, and what they believe.  They are the inspiration and soul of this work.