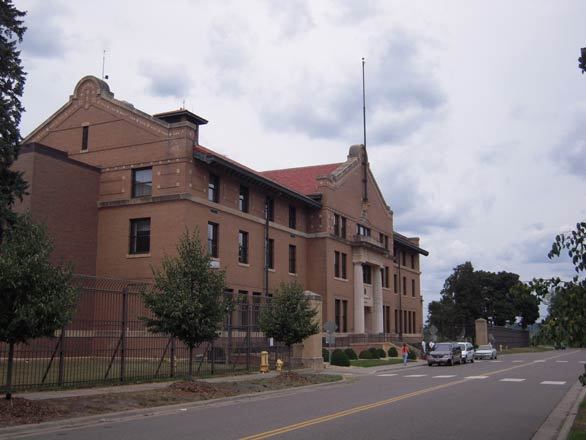 The inmates at Minnesota Correctional Facility - Stillwater in Bayport primarily identified their religious preferences as Christian (41%), no preference (26%), or Islam (10%), as well as Native American (7%) and Jewish (4%).1

In 2012, the Pew Research Institute surveyed professional prison chaplains from around the United States about their work, roles, and the religious beliefs of prisoners. Among the survey’s many results and findings was that 73% of all chaplains interviewed in the study said they considered "access to religion-related programs in prison to be 'absolutely critical' to [the] successful rehabilitation of inmates." Likewise, 78% of chaplains considered support from religious groups after inmates were released from prison to be "absolutely critical to inmates' successful rehabilitation and re-entry into society." Of the chaplains that ran these religious rehabilitation programs, 61% reported that prisoner attendance had increased from 2009 to 2011.1 Finally, a majority of the chaplains indicated that "personally leading religious worship, instruction and counseling sessions is the single most important activity in which they engage."2

Providing this religious support is often challenging in very diverse communities, as the chaplains who serve in prisons all come from rather similar religious backgrounds. Of the chaplains who responded to the survey, representing half of all professional prison chaplains in the country, 71% identified their religious affiliation as Protestant, 13% as Catholic, 7% as Muslim, 3% as Jewish, 1% as Native American spirituality, and 4% as other or no preference.3

The prison population in Minnesota is religiously diverse, as demonstrated in the semi-annual summary by the Minnesota Department of Corrections on the adult prison population. In 2021, 32.1% of the inmates either did not respond or indicated that they had no religious preferences, 8.7% identified as Catholic, 5.2% as Lutheran, 3.5% as Baptist, 29.3% as other Christian, 5% as Native American Religions, 6.1% as Muslim and 10% as another religion.4 The demographics and prisoner religious diversity means that not all prisoners have a professional prison chaplain of their faith available in their facility.

It was my goal to find a spark of humanity in all the offenders no matter their beliefs or background. I hoped to convey to each person that their humanity was sacred . . . despite the events that had brought them to the facility.
—Rabbi Lynn Liberman

As a rabbi, Lynn Liberman has a unique perspective on what it means to serve a population that does not share your religious beliefs. As a chaplain at the Minnesota Correctional Facility - Shakopee, a women's prison, Rabbi Liberman "knew [she] would encounter far more non-Jews than Jews." However, she felt "it was [her] goal to find a spark of humanity in all the offenders no matter their beliefs or background. I hoped to convey to each person that their humanity was sacred and that, despite the circumstance of being in prison or the events that had brought them to the facility, each woman had the right to be seen as a person."5

Although the women in the prison came from all walks of life and as Rabbi Liberman noted, were largely not Jewish, she felt that "having compassion for another is a critical way of finding that spark of humanity that God placed within each of us at creation."6 In an article written for the Jewish Sh’ma magazine in November 2013, Liberman shared the story of speaking with a Christian inmate who asked to have her soul saved.

I met 'Sally,' an offender, while visiting the area [of the prison] called segregation—a place where offenders are kept in private cells for 23 hours a day, locked behind solid doors containing only a small window. Numerous reasons exist as to why an offender is placed in this type of cell. Regardless of the cause, this is a hard place to live. On one of my weekly visits to segregation, I stopped by her cell door and introduced myself as one of the chaplains. Immediately, she asked, 'Chaplain, can you save my soul?' Swallowing hard, I asked, 'Why does it need saving?' She replied, 'I did some bad stuff.' I continued, 'And now you know it was pretty bad and it was wrong?' When she told me she was a Christian, I felt a wave of nervousness come over me, mixed with deep concern. What could I reasonably offer to 'Sally'? And so I prayed, using the language of and calling upon God in a way that rattled me to the core, but that could potentially offer her comfort. As I walked back to my office, I wondered if I had transgressed my own line of religious belief and conviction, and yet I knew, in that moment, God was present.7
—Rabbi Lynn Liberman