History of the Hospital Chaplain 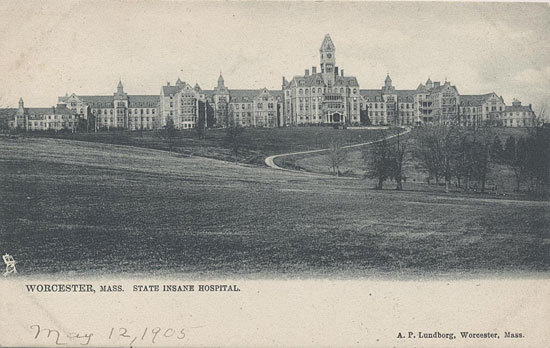 Rev. Anton Boisen, a central figure in the development of Clinical Pastoral Education, pioneered the first CPE program at Worcester State Hospital in Massachusetts in 1925.

Reverend Anton Boisen was a very important figure in the movement for Clinical Pastoral Education (CPE) and hospital chaplaincy, bridging the divide between religion and medicine. Raised in Bloomington, Indiana, he was ordained as a Presbyterian minister in 1912 after graduating from Union Theological Seminary in New York City the previous year.1 Later, he became a Congregationalist minister and was briefly a chaplain at Iowa State University.2

Rev. Boisen endured three psychiatric hospitalizations for schizophrenia throughout his life.3 In 1921, while recovering from his first hospitalization, he penned a letter to a friend in which he mused that the delusional patients around him had "no physical trouble, [rather] they are just sick of soul."4 During his stay at the hospital, he wondered how great religious visionaries who felt that God had spoken to them would fare in the modern psychiatric institution.

Even a belief in providence or divine guidance is per se evidence of insanity and justifies commitment . . . I think there can be little question that such men as Saul of Taurus [St. Paul] and George Fox [founder of Quakerism] would fare badly before a present-day psychiatric staff. But with them the abnormality was a source of power and strength. I am therefore hoping for the day when cases of mental trouble that are not primarily organic in origin will be recognized as spiritual problems and the church will develop physicians of soul of a type whose work will be based upon sound and systematic study of spiritual pathology . . . 5
—Rev. Anton Boisen

With these ideas brewing within him, and heartened by the faith that he could actualize this work, Rev. Boisen laid the framework for what would become the modern hospital chaplain. He pioneered the establishment of pastoral care in psychiatry and centered patients at the core of his pedagogy with the understanding that spiritual health and the care of a patient's soul were integral components of psychological wellness.6 Rev. Boisen became chaplain at Worcester State Hospital in Massachusetts in 1924 and taught at Chicago Theological Seminary as part of his contract, combining minstry, education, and chaplaincy.7 In 1925, he helped start a CPE program at the hospital, which would serve as an important model for other psychiatric institutions seeking to encourage pastoral education.8

Rev. Boisen moved from Massachusetts to Illinois in 1932, where he was chaplain at Elgin State Hospital near Chicago until his death in 1965. At his funeral, one of his colleagues, Rev. Donald Beatty, pointed out the drastic growth in CPE and psychiatric hospital chaplaincy in the four decades between the first program at Worcester State Hospital and Rev. Boisen's death.9

Boisen is important today for he was primarily concerned with helping graduate seminary students learn theology by deepening their insights into the nature of the human predicament and the religious response through the study of 'living human documents,' as well as through books and journals and sermons and human reason.10
—Rev. Robert Leas