The Chapel and The Sanctuary 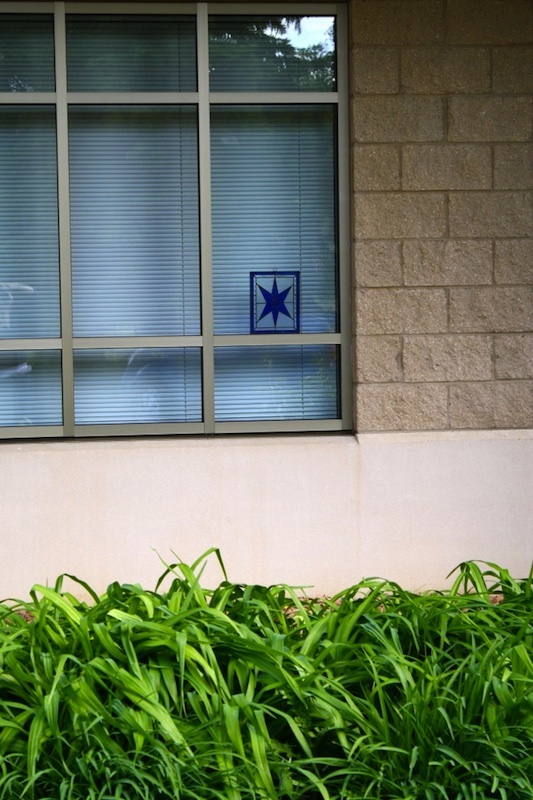 There is very little symbology in Eckankar; however, of particular symbolic value is the blue, six-pointed star which represents the Holy Spirit.

The winding hallway leads to the Chapel, an eighty-seat room with plushy seats and a tiered ceiling, with fabric curtains all across the back wall. On the front wall hang anonymously hand-woven tapestries of the main ECK Masters, with Harold Klemp’s picture in the center. In front of the wall sits the Shariyat-Ki Sugmad on a wooden pedestal with artificial flowers on either side. The Chapel is where many ECK weddings and ceremonies are held. The Chapel also provides a space for quiet contemplation or individual HU song.

A set of large doors leads from the Vestibule into the Sanctuary, an 8000 square foot space with 800 seats, a 1000 square foot stage, and a hanging acoustic reflector above the stage. The Sanctuary seems immense, and the lofty ceiling makes one feel incredibly small. When there is no service, the Sanctuary is kept silent and the lights are dimmed, so that only the Blue Star on the ceiling and the lights on the peripheral walls are lit. During a service, the stage is brightly lit. The stage contains a white, grand piano and several large vases of artificial flowers.

There is very little symbology in Eckankar; however, of particular symbolic value is the blue, six-pointed star which represents the Holy Spirit. The four-hundred square foot blue star in the Sanctuary is made from a special type of glass from Germany and is lit by fiber optic lights.