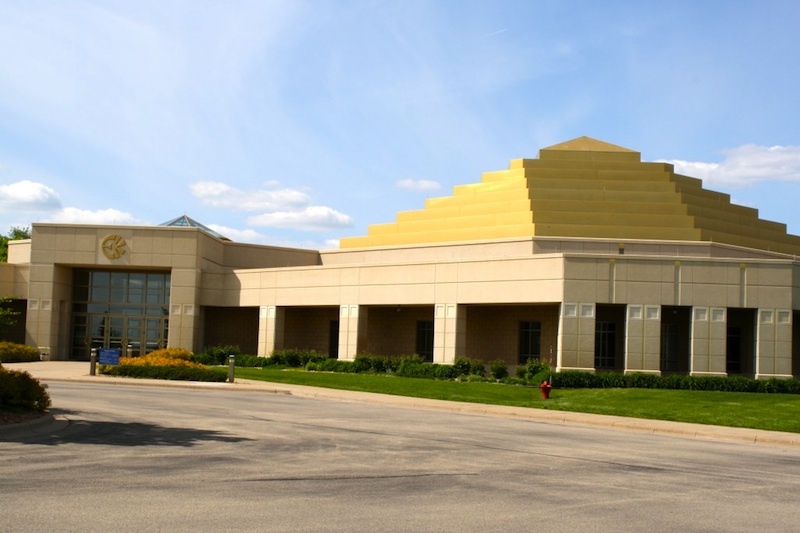 The Temple, built between September 1989 and October 1990, is truly impressive. It is an expansive, fifty thousand square foot facility complete with several worship spaces, classrooms, and meeting areas. 225 tons of steel went into the building 1 and around 52,000 concrete blocks were used to build it.2  Approaching from the front parking lot, the first aspect of the Temple that stands out is its immense, pyramidal roof. ECK Master Harold Klemp explained, “The stepped, pyramidal roof is reminiscent of architecture common to ancient Sumer, Babylonia, and Assyria. The design symbolizes mankind’s spiritual journey up the plateaus of life. Humanity starts at the level of human consciousness and makes its deliberate way to the summit, which is God Consciousness.”3 The roof is just one example of the highly intentional and symbolic way the Temple was built. Approaching the main entrance, the golden “EK” sit above the door. After entering the Temple through two sets of large, glass doors, the Vestibule emerges next.

The design symbolizes mankind’s spiritual journey up the plateaus of life. —Klemp