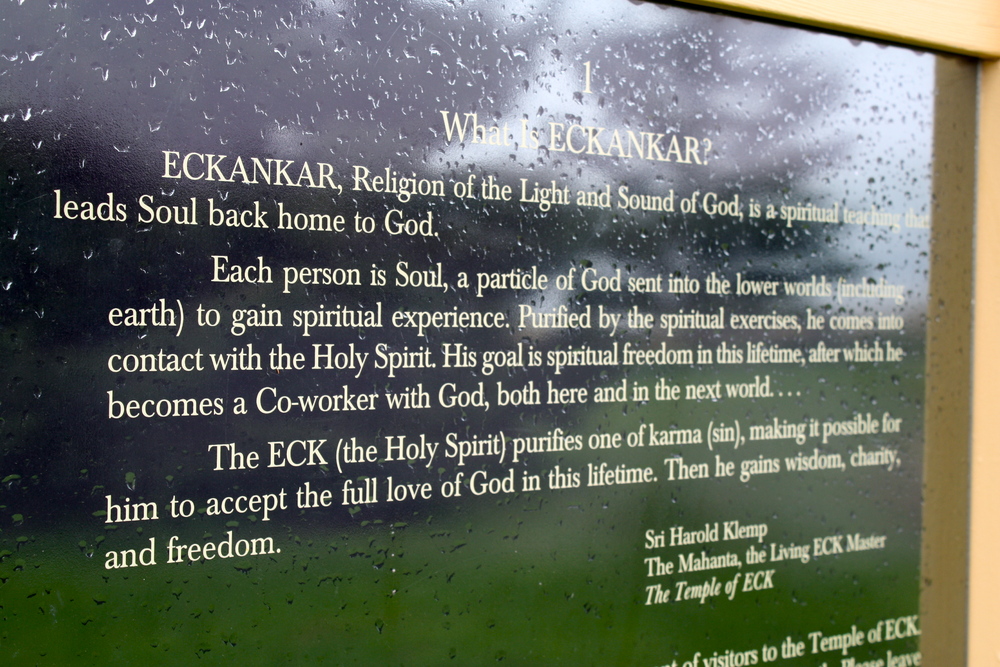 The wide array of reactions to Eckankar’s coming to Chanhassen is closely related to its status as a New Religious Movement. To understand Eckankar, as with any religion, it is necessary to engage with questions of authenticity and legitimacy. Eckankar serves as a fascinating locus for these issues because of its relationship with and appropriation of other religious traditions and characteristics (use of Sikh terminology, the influences of Hindu concepts of dharma and karma), its relatively recent ‘revealing’ to the general public, and its use of less traditional conceptions of religiosity (Soul Travel, the understanding of a person as a “Co-worker of God” instead of a subject of God, etc.).

The New Religious Movement label remains controversial since movements like Eckankar "see themselves as continuations and inheritors of long-standing traditions and therefore reject the idea that they teach something hitherto unknown".

Eckankar is classified by religion scholars as a New Religious Movement, or an NRM. This label, used to describe “new, alternative, or nonmainstream religious groups,”1  was employed in the 1960s by scholars to replace the categorization of these religious groups as “cults.” Still, this terminology remains controversial: “Even the designation ‘new,’ applied to a religious movement, can be seen as a mark of resistance. Many ‘new’ religious movements [like Eckankar] see themselves as continuations and inheritors of long-standing traditions and therefore reject the idea that they teach something hitherto unknown.”2