Stories of the Hmong Journey

The year was 1969. Seeking to defend against the rise of communism, the Central Intelligence Agency (CIA) sought the aid of the Hmong. In what became known as the Secret War, Hmong leaders agreed with a handshake to help the U.S., and soon the Hmong people became spies and soldiers acting on behalf of their American allies. As  American troops withdrew from Southeast Asia, the Hmong people were left behind, victims to persecution by local communist leaders. To escape this persecution, the Hmong left Southeast Asia to make new homes throughout the world, including North America. Minnesota, especially its urban centers of Minneapolis and Saint Paul, became a haven for Hmong refugees. 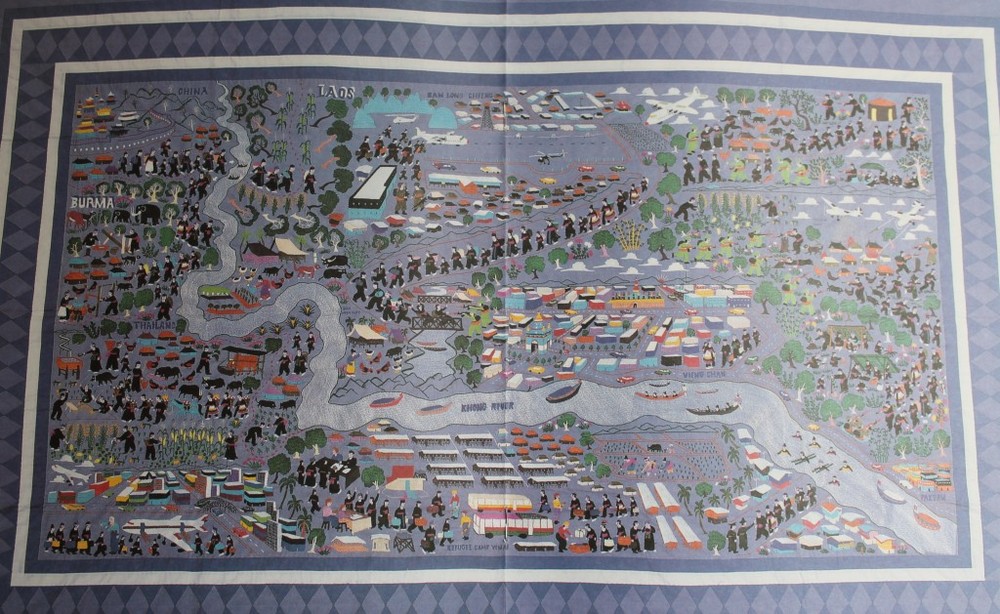 To commemorate their journey through and beyond Southeast Asia, the Hmong create paj ntaub (story cloths), hand-woven tapestries that illustrate the hardships they faced as they ventured to their new homelands. Like the personalized spoken narratives that dominate the Hmong culture, each paj ntaub tells the story of the Hmong journey in a unique way. One such paj ntaub is detailed in the children’s storybook Dia’s Story Cloth.1 This narrative begins with the Hmong residing in China, as shown through depictions of traditional Chinese architecture. Dia’s ancestors, as shown in the paj ntaub, immigrated to Laos, where they survived for almost one hundred years on subsistence agriculture, growing rice and corn. But then, in the 1960s, the war came, and the loyalists, allies of the Americans, fought against the communists, as shown through depictions of soldiers, guns and flying bombers. To escape persecution, Dia and her family fled the country, crossing the Mekong River in rafts and inner tubes. In Thailand, they lived in refugee camps of makeshift lodgings, as the paj ntaub illustrates. The story cloth concludes with Dia and her family flying to America. 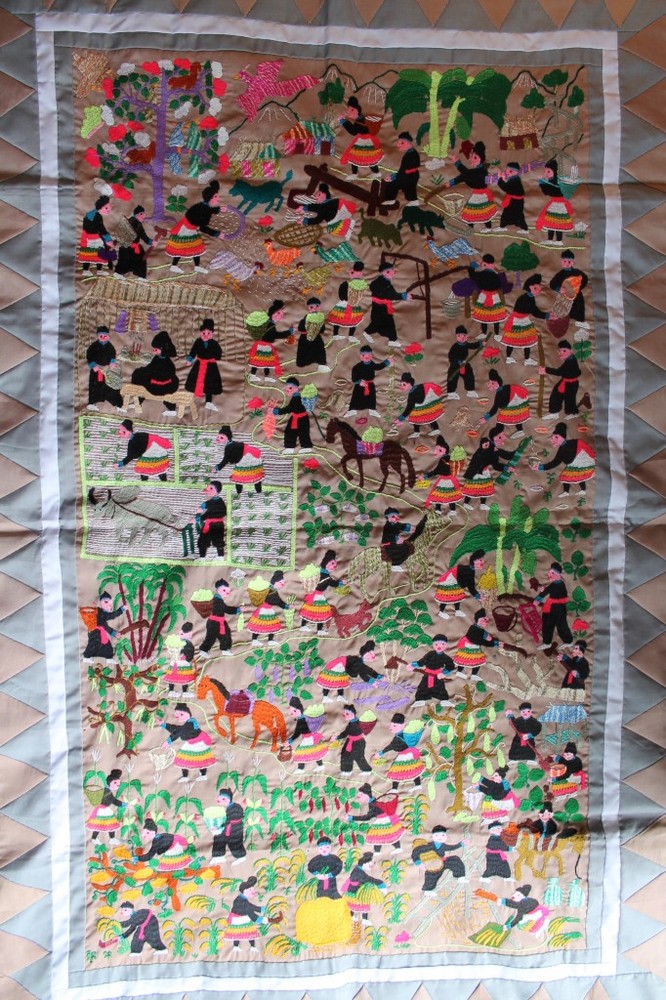 Below is a photograph of Yer Moua’s paj ntaub. Notice how this story cloth, in contrast to that of Dia Cha, highlights the traditional agricultural practices of the Hmong people. There is also a depiction, shown center left, of a Hmong Shaman performing a ritual. The Shaman is shown before an altar, sitting on a bench.

To read personal stories about the Hmong journey and surviving the Secret War, read on.

Paul Her: A Hmong Refugee Story

Paul Her was born in Laos in 1955. The American CIA recruited Mr. Her and other young men to fight and support the Americans during the Secret War. The Secret War was a 15-year covert US operation backed by the CIA; a war against the Vietnamese government. After the Americans fled the country, many of the Hmong fighters who were recruited were forced to constantly run for their lives.   Read more…

Chee Vue was born in Laos in 1949. Ms. Vue experienced the Secret War and here is her story as a survivor.  Read more…