History of the Hmong Diaspora 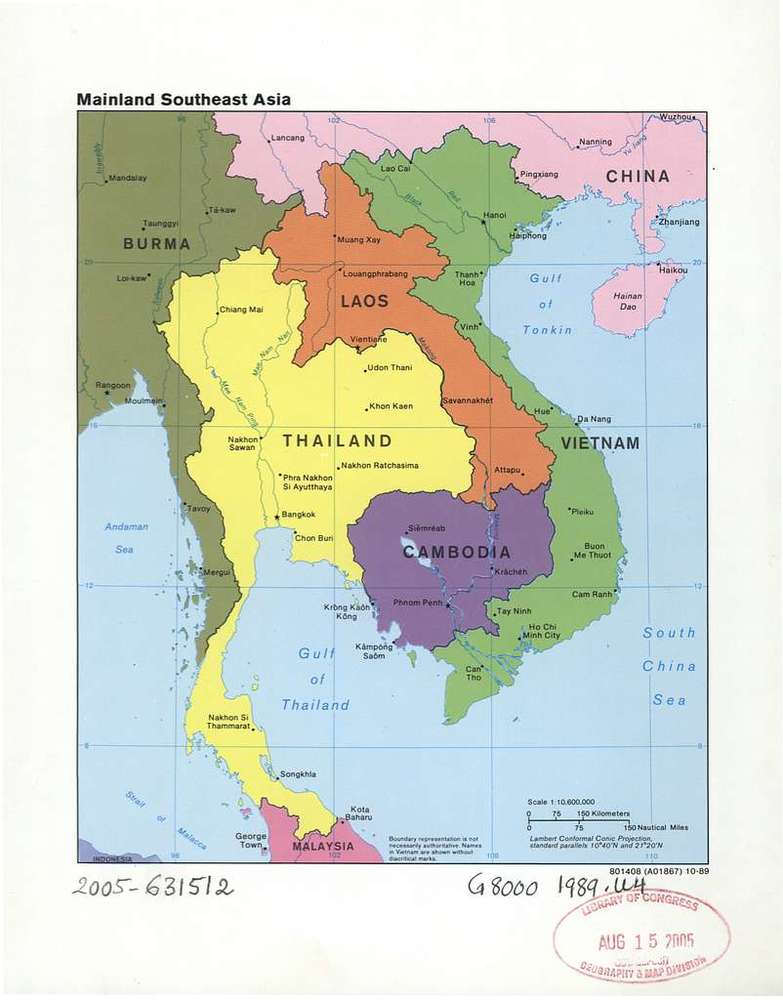 Originating in China, the Hmong migrated to Laos and as a result of the Secret War in Laos in the 1960s and 1970s, fled to Thailand before many resettled in the U.S.

The Hmong originated in China as among the distinctive Miao ethnic groups. About two million Hmong lived in the fertile lowlands of Southern China. The Hmong had their own kingdom in China but the Chinese armies attacked and destroyed it. Because of this, many Hmong migrated to the highlands of provinces such as Yunnan and Guizhou.1 Even so, they continued to battle with the Chinese government, which at the time had given the good land to the Han Chinese and had been taxing the Hmong. Over the next two hundred years, the Hmong continued their struggle with  the Chinese but were defeated in 1854. The Hmong fled to the highlands of Laos and Vietnam.2

Laos became the second homeland to most of the Hmong. Laos was home to sixty ethnic groups, making this nation very diverse. By the 1970s, there were 300,000 Hmong in Laos, making up ten percent of the nation’s population. The Hmong were again moved to the mountaintops or the hills. This is because the Hmong liked to live in peace and wanted their own government. The French at this time were trying to take and control Laos. With high taxes, many Hmong were not happy, and rose up against the French.3 The French then agreed with the Hmong that they would ask for Hmong leaders’ opinions next time with the goal of consensus. The Hmong wanted an independent Hmong Kingdom; therefore they were forced to rebel against the French. After three years, the French defeated the Hmong troops; however, they saw that the Hmong could be good allies, and formed an economic relationship.4 The Hmong cooperated with France, growing and trading opium, and gaining economic independence.5 However, the French withdrew from Laos in 1954, tipping the scales toward communist rule.6

The Secret War and Refugees in Thailand

Communism presented a challenge to the Hmong living traditionally in the highlands. The U.S. tried unsuccessfully to support the Laotian government in keeping communists at bay, in what became known as the Secret War. The Geneva Accords of 1962 required all foreign troops to leave Laos, but the U.S. maintained military operations in Laos. Approaching Hmong General Pao Vang, the CIA enlisted Hmong soldiers in Laos. Despite enormous death tolls to the Hmong population from their CIA led engagement with communist forces, the U.S. initially agreed to protect only one thousand of the “most important Hmong officers” after President Ford pulled a defeated American army out of Southeast Asia in 1975.7 As a result, many Hmong attempted the treacherous journey to Thailand by foot and raft in order to escape the violent raids, massacres, and chemical warfare initiated by the communist forces.  The first place where many Hmong arrived in Thailand was called Nong Khai.8 The Hmong settled in refugee camps with barbed wires around them. The second camp that the Hmong went to was called Ban Vinai.9

The U.S. finally agreed to offer asylum to Laotian Hmong in December of 1975.10  Religious organizations like Catholic Charities, Lutheran Social Service, and Church World Service sponsored most of the initial wave of Hmong refugees who arrived in Minnesota in the late1970s.11

Since this time period, the Hmong American population has continued to grow.  In Minnesota, the Hmong population skyrocketed by 46 percent from 2000 to 2010.  The city of St. Paul is home to nearly half of the 72,000 Hmong residents of Minnesota, making it the largest urban concentration of Hmong people in the world.12 California and Wisconsin are also home to large populations of Hmong Americans, and many Hmong people still remain in China, Vietnam, Laos and Thailand.