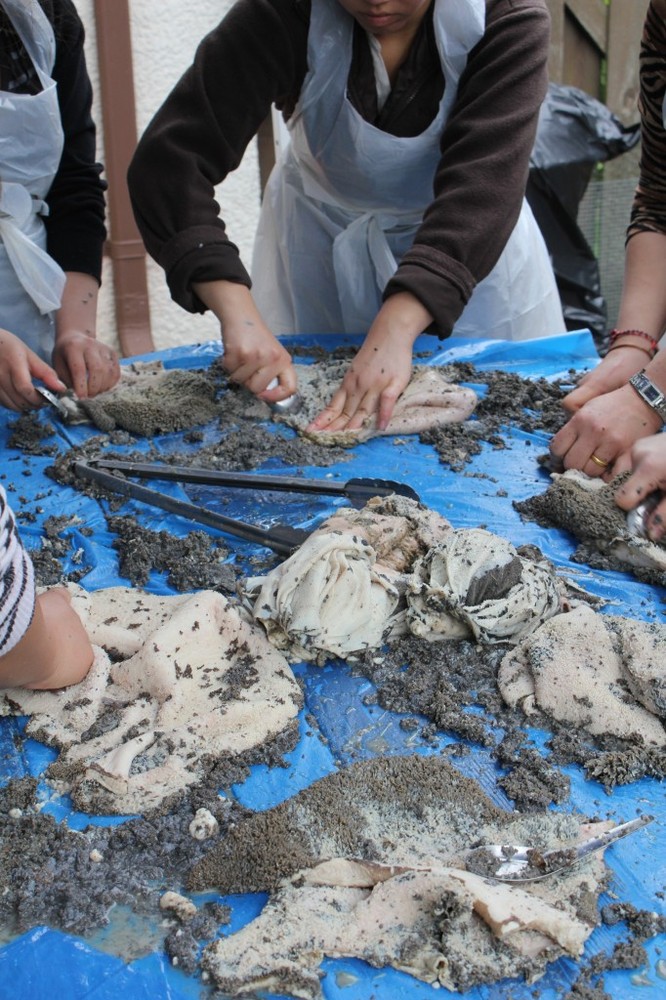 Hmong people use the stomachs of the cow that can be used to make the traditional beef soup, literally “cow-poo soup” which is made of beef stomach, intestines, and organ meat. Pictured above is a photo of the stomachs being cleaned out. 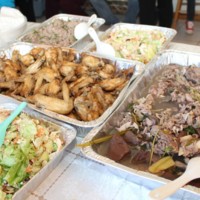 Foods served at a Hu Plig ceremony.  Photo by Koua Her.

Specific foods are integral to the life cycle ceremonies and the ritual healing of Hmong Shamanism.  Many of the ceremonies involve sacrificial offerings of certain foods to spirits and ancestors, and the consequent sharing of that food in meals by the gathered community.  Both aspects of ceremonial food, the social as well as the spiritual, are important to Hmong Religiosity.

After a long day of prepping the food and waiting for the shaman to finish the ritual, food is served. Homemade food is often served for hu plig and ua neeb events. For the combined hu plig and ua neeb ceremony we attended there was fried chicken wings, salad, larb (ground beef made with chili peppers, herbs, green onion, cilantro, and a specific larb spice) and beef with the cow’s blood and additional herbs.

Usually, the animal that is being sacrificed would become the meal for the guests, but nowadays, some Hmong families order outside food in order to save time. In many ways, American life is too fast-paced for the kinship that is so integral to rituals and the Hmong people in general. Hmong families spend hundreds if not thousands of dollars for just one event -- cows can cost upwards of $1000. The Hmong people value kinship and are willing to spend a lot for just a few moments with each other. 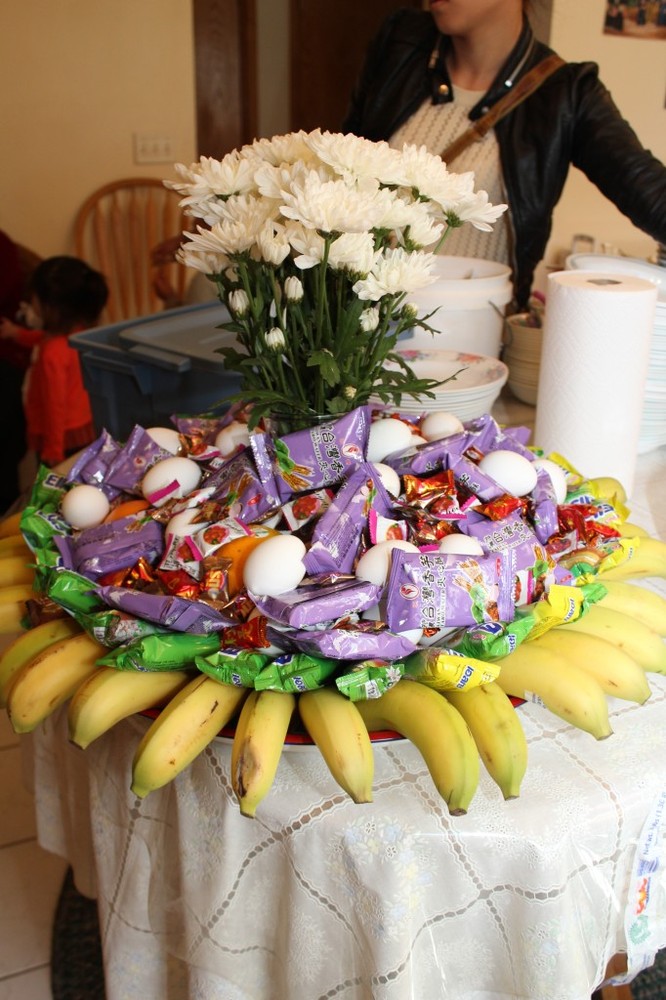 A food tray for hu plig consisting of fruits, eggs, and assorted candy and crackers. 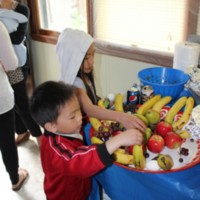 During hu plig events, fruits, eggs, and assorted candy and crackers are placed on a tray decoratively. In the middle, there are flowers, usually white to represent cleansing.

"The Hmong people value kinship and are willing to spend a lot for just a few moments with each other."