Snapshots from a Bala Vihar class 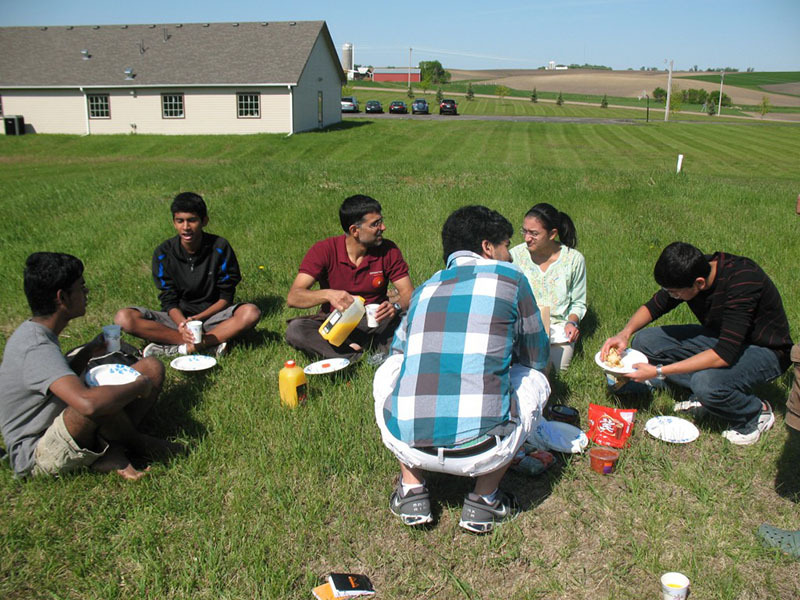 During Sundays at the Chaska Chinmaya Mission, twelve classrooms are dedicated to the Bala Vihar program, which is a Hindu religious education program, run by volunteer parents, for children ages kindergarten to high school.

While younger children are exposed to narratives of Hindu gods and goddesses, children from middle school upwards are taught lectures and discussions on the more philosophical aspects of Advaita Vedanta texts, especially the Bhagavad Gita. A central feature of Bala Vihar instruction is the recitation of Sanskrit mantras at the beginning and at the end of class. As board member Ishani Jhanjee explains, Sanskrit’s broad repertoire of sounds provides “a certain vibe that brings out the happiness in you.” 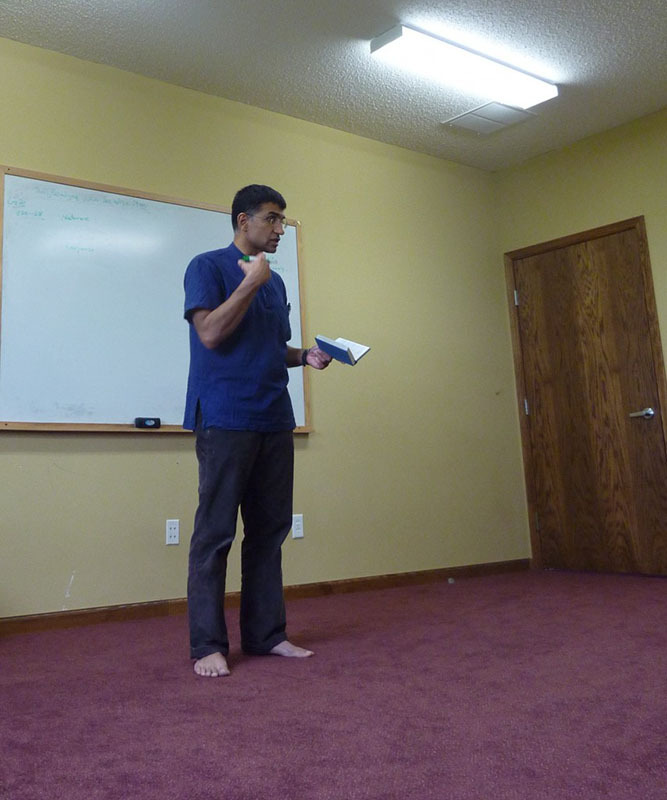 At the Chaska center, Rajan Jhanjee, who teaches grades ten to twelve, maintains closeness by sitting cross-legged on the floor together with his class of six students. While the curriculum of the class for grades 10-12 is focused on chapter two of the Bhagavad Gita, they learn about it as Rajan draws connections between real life experiences, especially those from his own life as an orthopedic surgeon, and the interpretation of the text’s message. Explaining the recent challenges he had at work, Rajan emphasizes the importance of observing one’s own dharma, or sense of duty in life. “Do the best that your body, mind, and intellect can do, not someone else’s.” Knowing that his audience was a group of high-school students facing tough academic competition from their peers, Rajan mentioned that action should be based on love filled with empathy, freedom and selflessness, rather than selfish and bonding attachment. The “self-realized individual,” whose distinguishing trait is equanimity of mind, was a reappearing theme throughout the discussions. Nonetheless, in spite of the intense metaphysical conversation, the tone of the classroom and the relationship between teacher and student is both respectful and familial; the students refer to their teacher as “Rajan-uncle,” not as a formally titled instructor. In a sense, Chinmaya Mission’s community is imagined as an extended family. 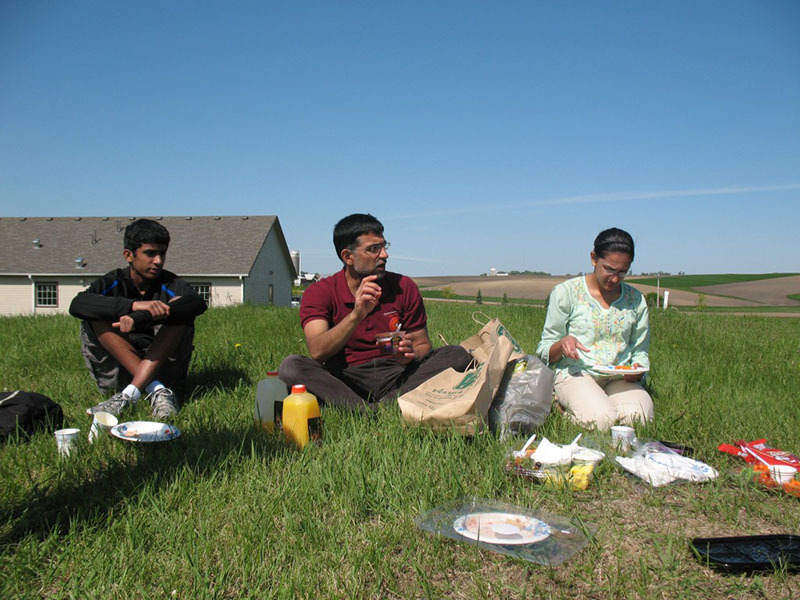 Rajan’s sense of pride and investment in his students is well illustrated by the benediction he offered the graduating pupils at the end of the year picnic, in which he told them,

“You are all well on your path to self-realization.”