The Chinmaya Mission has a following of different regional groups from within India, and, while cultural and religious differences do not seem to manifest themselves in the kinds of religious rituals practiced at the Mission, the language classes provide an opportunity for children to socialize with peers who have similar ties to particular regions of India.

As Ishani Jhanjee explains, “It’s more about the culture, and where they belong, and them understanding who they are.” At the center in Chaska, instruction is offered in five languages: Hindi, Tamil, Telugu, Marathi, and Gujarati. The program was started due to parental requests, particularly with the intention that their children might learn to speak with their non-English speaking relatives, many parents are involved in the classes as both teachers and observers. 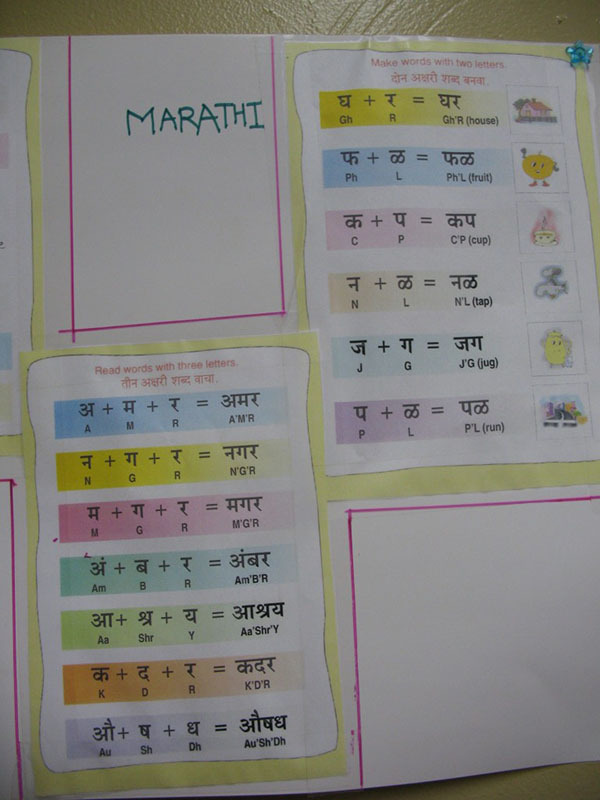 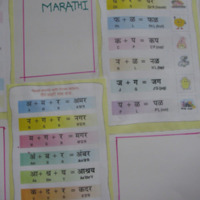 A chart for young students of Marathi at the center in Chaska
Photo Credit: Fadi Hakim 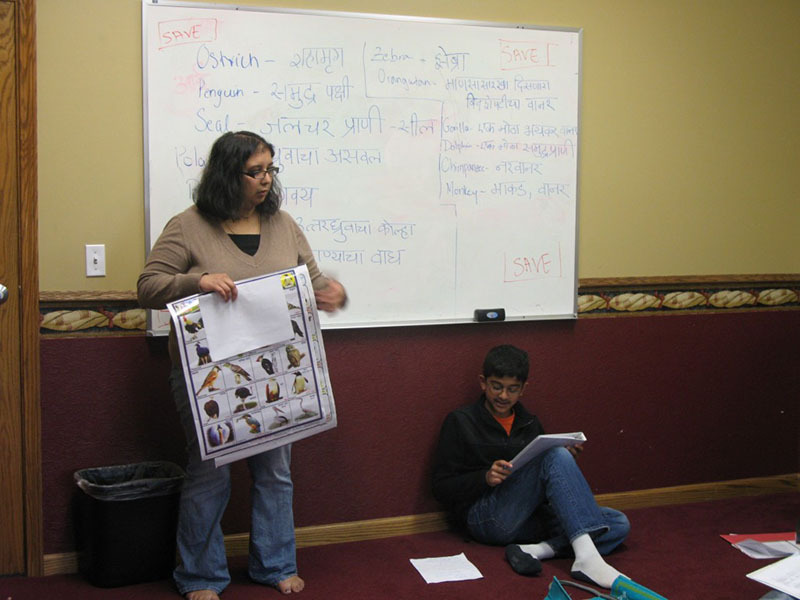 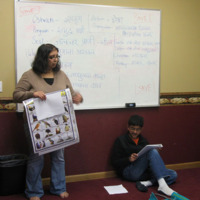 Pedagogy in these classes can be quite creative. Shreyasi Kambale, a teacher of Marathi classes at the Chaska center, planned a trip to the Minnesota Zoo for her students and used the opportunity to build up their Marathi vocabulary: “How would you describe a penguin to a relative of yours who only speaks Marathi? How would you translate ‘chimpanzee’ in Marathi?” While the class’s translation for penguin in Marathi stopped at “ek motha samudraprani,” or “a big sea-creature,” the students succeeded at explaining American life using a language that typically expresses a different worldview from their English-speaking surroundings.