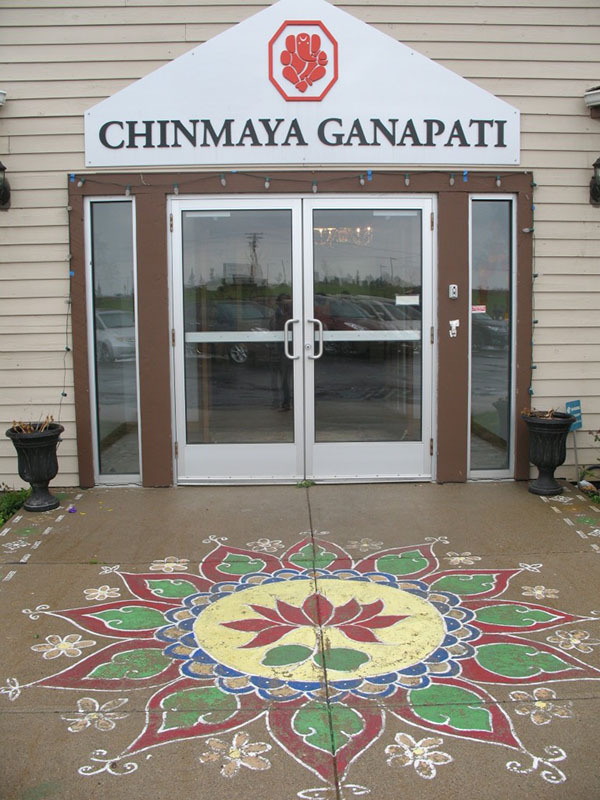 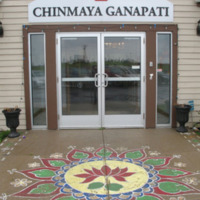 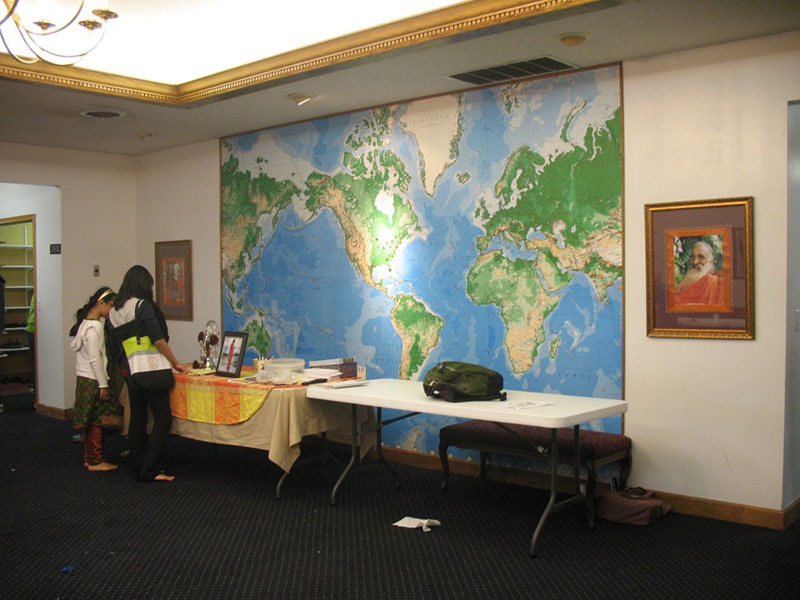 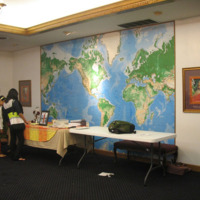 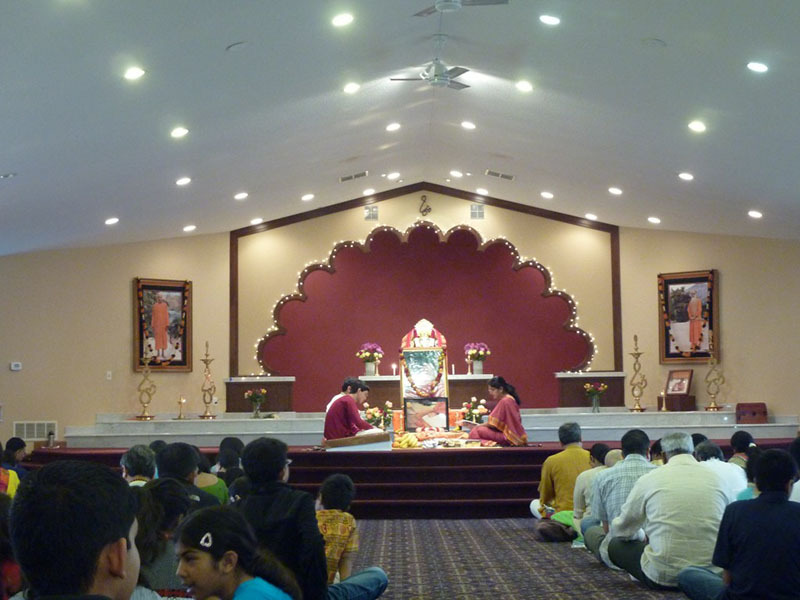 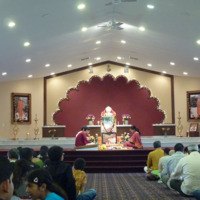 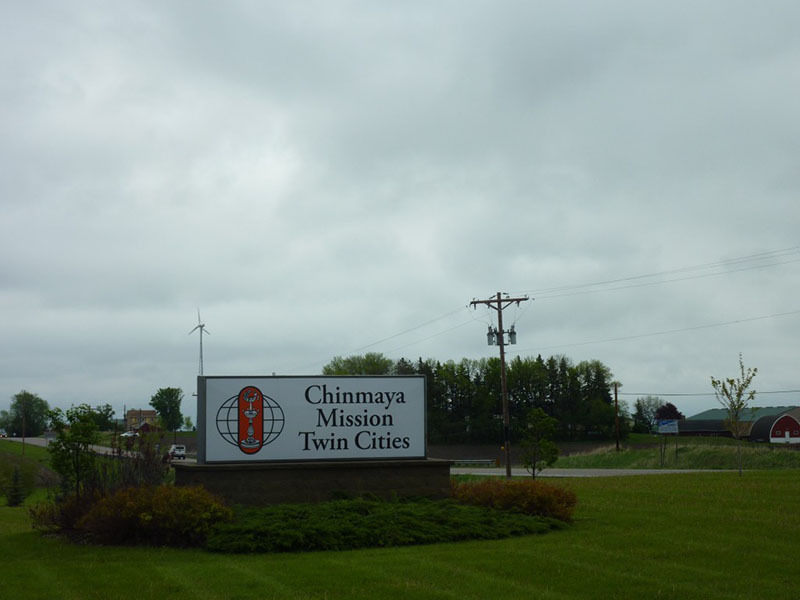 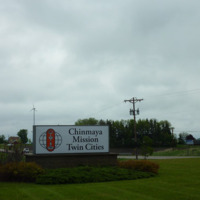 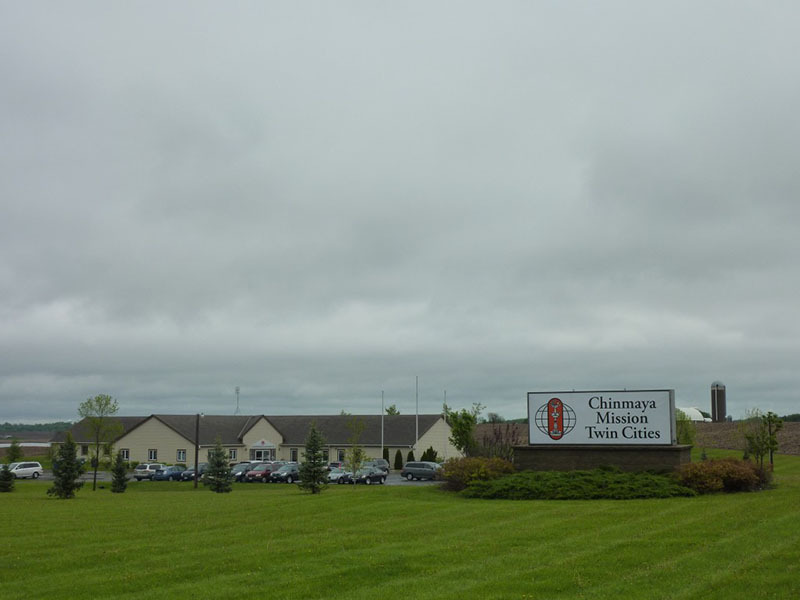 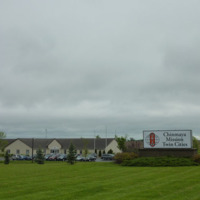 The Chinmaya Ganapati Mission, located on the outer edges of the affluent suburb of Chaska, was purchased in 2009 from a Methodist church after a fundraising campaign. Aside from the red image of Ganapati, the elephant-headed deity and remover of obstacles, only an orange-tinted sign in front of the parking lot marks the building’s presence. The low-rise structure with its green yards complements the farmland surroundings, where silos and barns are visible from any of the classroom windows. Primarily attended by worshippers who commute from the western suburbs of the Twin Cities, the Center has an air of modesty as it attempts to blend in with its rural surroundings.