A Short History of the Mission 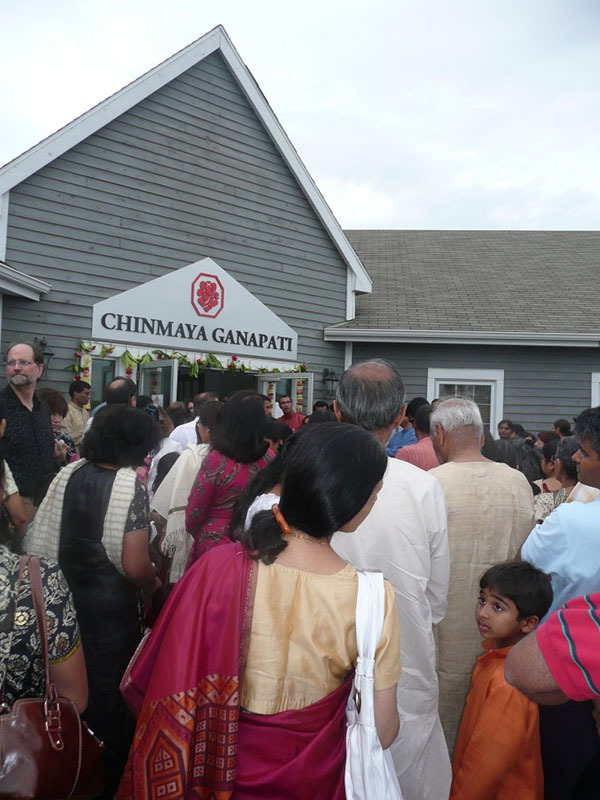 Crowds attending the opening ceremonies of the Chinmaya Ganapati Mission, Chaska, on July 19, 2009.

The Chinmaya Mission in the Twin Cities is part of a global network of about 300 independently run centers across the world, which was started in 1951 by Swami Chinmayananda.

In Minnesota, the Chinmaya Mission began in the basement of Ashlesha Madhok’s home. Madhok converted her basement into a classroom in 1998, and there started teaching eight or nine children about Hinduism. Having been exposed to the Chinmaya Mission while previously living in the Washington D.C. area, Madhok gathered support from families in the Twin Cities area who were looking for a place to educate their children in Indian culture and in Hindu values.

In 2002, the Chinmaya Mission Twin Cities organization was established as a non-profit organization. As the Mission’s membership base grew, the Board of Trustees decided to move the organization’s center from various rented locations to a permanently owned facility. They moved from a primary school building in the northwestern suburb of Plymouth, MN, to the Jewish Community Center in southwestern Minneapolis, and then to the Eisenhower Community Center in the southern suburb of Hopkins before establishing the Chinmaya Ganapati Mission in Chaska, a southwestern suburb located approximately 27 miles from Minneapolis. The establishment of commuter-attended religious sites such as the Chinmaya Mission have demonstrated the shifting population of this area, as a portion of the South Asian Hindu community from the Twin Cities Metro area has resettled in the suburbs.