Assembly for Parents and Children 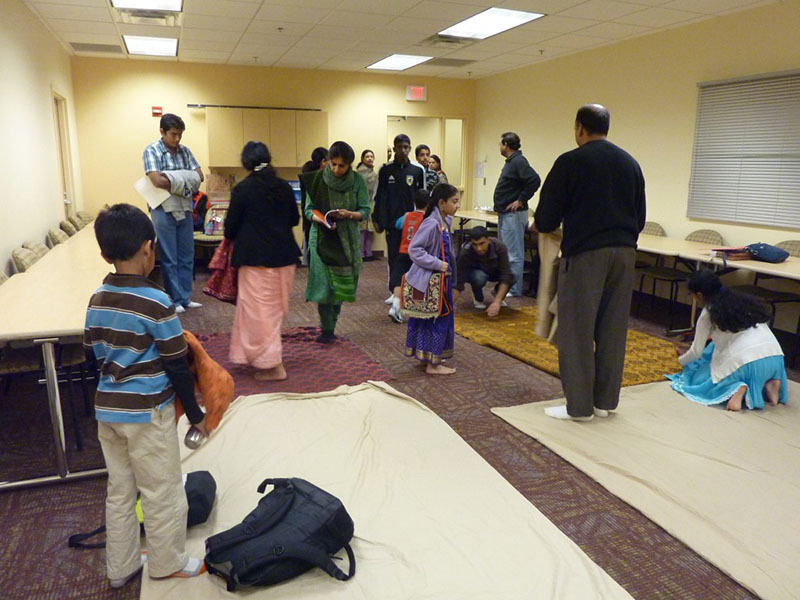 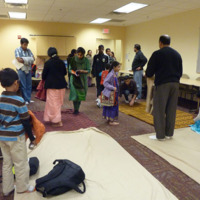 Parents and children prepare the classroom before an assembly in Saint Paul
Photo Credit: Fadi Hakim 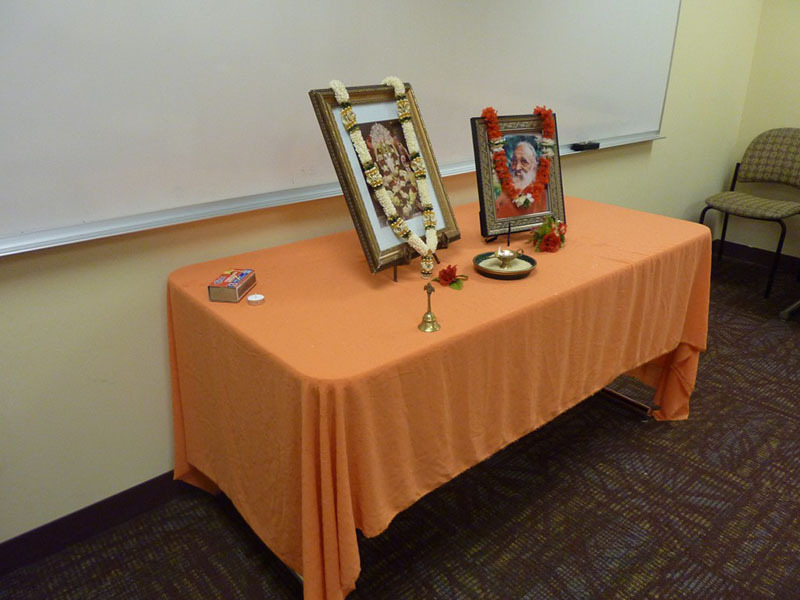 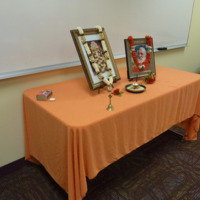 The assembly, which takes place after the first afternoon session of Bala Vihar classes is a focal point and a gathering for parents and their children. At the Saint Paul Wellstone center site, the main meeting room is transformed from a plain classroom into a space for ritual assembly in a matter of a few minutes. After moving tables and chairs to the side of the room, parents cover the carpet with white cloths and printed cotton textiles over the carpet before the assembly.

Meanwhile, a plain table, which is covered with a saffron cloth, is set up at the front as an altar for the garlanded images of Swami Chinmayananda, the spiritual leader of the mission, and the Hindu god Ganapati. Anant Krishnan, a Chinmaya trustee, offers one explanation that Hindus “worship the ideas and the life pathways behind the images, and not the images themselves.” The stories and the significance of each deity, nonetheless, play a role in establishing a sense of devotion among Mission members. During the assembly, Anuja Rao, a Bala Vihar teacher, sits next to the altar on a chair while leading the chanting of Sanskrit verses, interspersing bhajans (devotional songs) within their expositions. 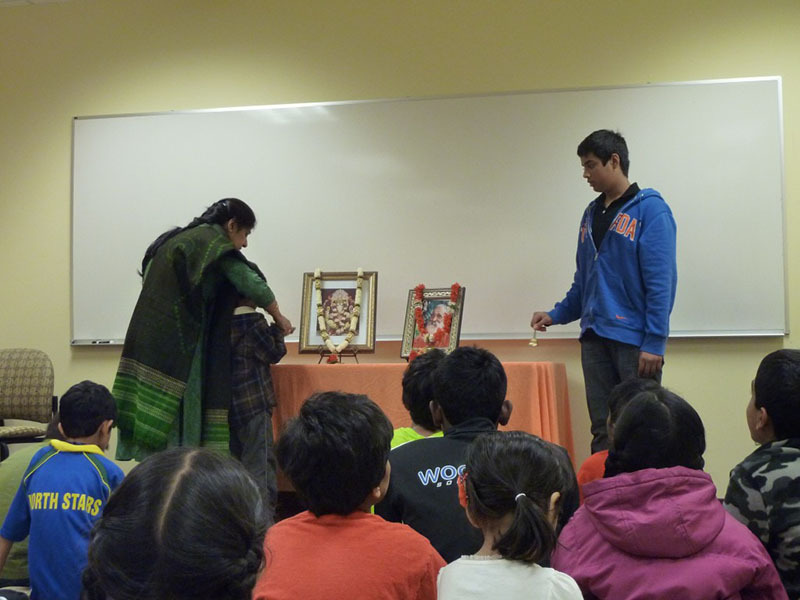 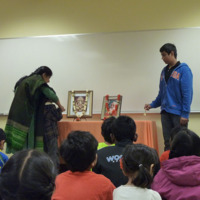 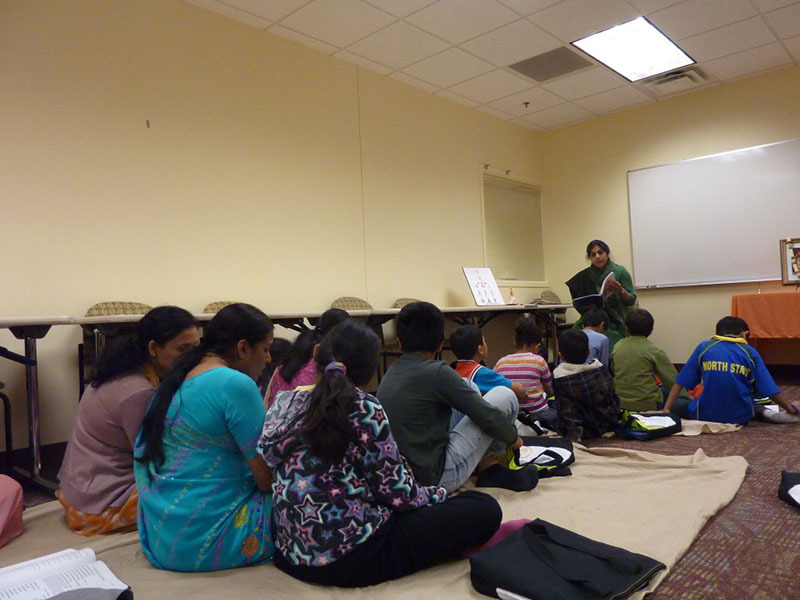 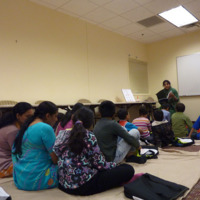 One day, after the Hanuman Chalisa (a devotional song for the god Hanuman), Anuja asks the young Bala Vihar students to mention the name of Lord Rama’s foremost devotee. Knowing that this is a reference to the Ramayana, which is taught in Bala Vihar classes, many of the younger children voiced Hanuman’s name.[1]Yet, as a teacher, Anuja explains that “Hanuman is indeed our friend, but we want to show respect to him, so we call him Lord Hanuman.”

At times, Anuja encourages the children to re-read the Bhagavad Gita at home, and to make sure that everybody memorizes the bhajans they learn during bala vihar classes. Aarti—a ritual with a lamp and the chanting of prayers in front of the garlanded images—always marks the closing of the assemblies. The children, in the presence of their parents and/or teachers, perform the aarti.

The assembly provides a chance for parents who are not teachers to see their child’s gradual accumulation of knowledge, as there is no formal or graded evaluation in Bala Vihar programs. Overall, the assemblies provide opportunities for children to demonstrate their knowledge and perform filial devotion.