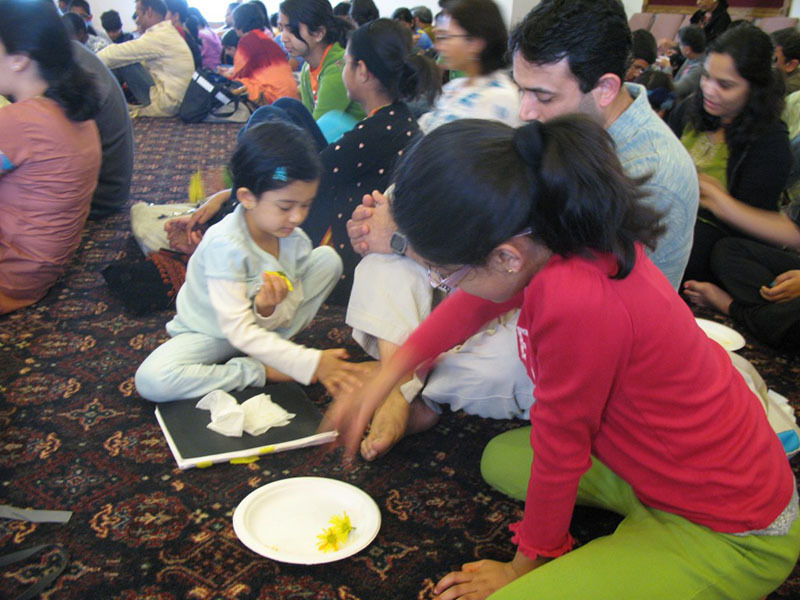 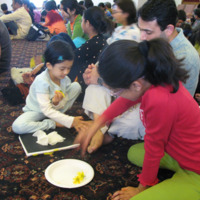 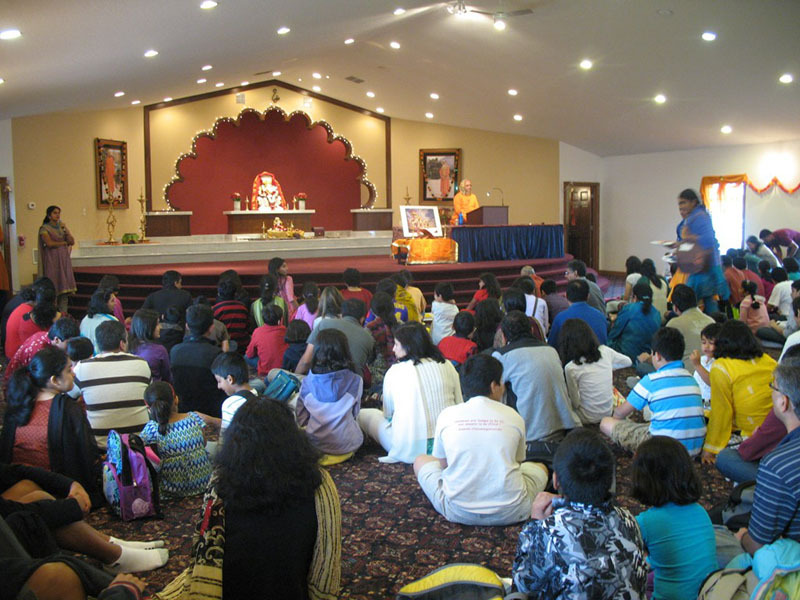 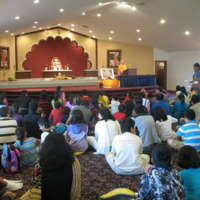 At a special Parents’ Day Assembly, which happened in 2012 on April 15 at the Chaska center, Swami Sharanandaji of Chicago, a Chinmaya acharya (teacher), delivered a talk on the importance of filial piety in Hindu values as described in the Taittraya Upanishad: Matru devo bhavaḥ, Pitru devo bhavaḥ, Acharya devo bhavaḥ, Atithi devo bhavaḥ, or “Revere your mother as god, your father as god, your teacher as god and the guest as god.” Afterwards, the children were given a tray with a moist cloth and flower petals and engaged in the ritual washing of their parents’ feet as a sign of respect.  It was not long before affection filled the room, with parents hugging their children after such vivid expressions of piety and devotion.