"It's Just Me Calling Her, and Her Calling Another": The Masjid as Social Space

The masjid, as the “house of Allah,” is a space not only for prayer and education, but also for socializing. This is especially true for Somali teenage girls, some of whom come to the masjid just to hang out, after school and on weekends, even when no classes are going on. One Saturday, dugsi class had been cancelled because the teacher had unexpectedly had to work, but girls were still sitting around in the women’s prayer room, talking to each other and watching a Korean movie. They talked about other social events that often took place:

At the masjid, we have a lot of events, and we usually buy food, like pizza, or cook for ourselves, and all of the kids come, and we have a big feast…We just talk to the sheikhs, and then an English-speaker lectures for us, and then we just chill. It’s just me calling her, and her calling another, and all of us are here. It just takes ten minutes.

The girls also noted that the current building was much better than the previous one for socializing: "[There are more] rooms, and you can just chill."

Bashir, a Somali liaison to the Faribault schools who also helps with education at the masjid, told me that the leaders intend the masjid to be a social space for young people and an alternative to getting into trouble. He explained:

We want these young ladies, and these youth here, to stay here in the masjid on Friday night, instead of doing drugs, or hanging out, or doing bad things…Why would you drink and drive and get in a car accident?

He and other adults expressed a desire to protect the masjid’s youth from gangs, as well as from drugs and alcohol, by encouraging them to spend time at the masjid.

The masjid is a social space for other groups as well. Men and boys pray there more frequently than women, since communal salat prayer is a religious obligation for them as long as nothing prevents them from going to the masjid. For women, salat at the masjid is simply recommended, and women often pray at home. This makes the masjid a social space for men and boys before and after prayers. Adult women, who come to the masjid less frequently, also socialize when they are there. After a Saturday-morning class in Qur’an recitation, five older women sat on the floor together, chatted, and planned decorations for an upcoming wedding.

Other spaces in town are also social spaces for Somali Muslims. In each of Faribault’s three halal markets, men gather at tables in the back to drink coffee, socialize, and watch sports on TV. Women spend much more of their time in the home, and homes are probably their primary social spaces as well. 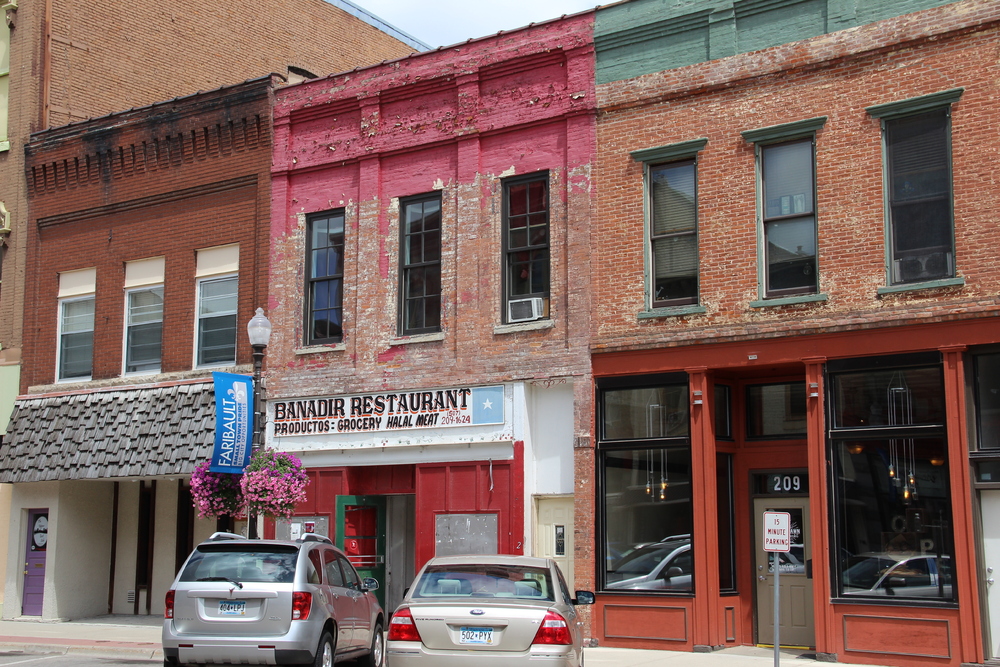 Banadir Restuarant and Halal Grocery on Central Ave. in Faribault. 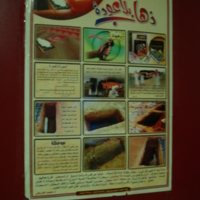 A poster in a halal market in downtown Faribault describes the proper way to bury the dead.

To read about coffee and tea and their role in social life, see Tea and Coffee at the Masjid