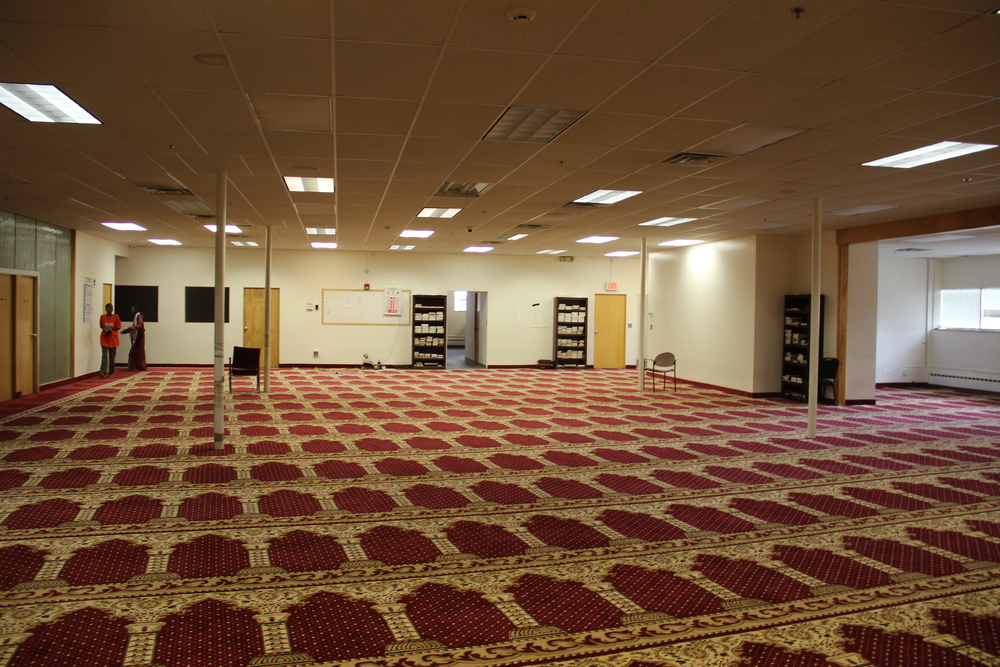 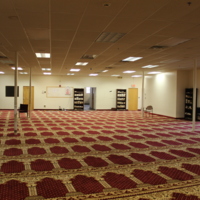 The men's prayer space in 2016 with new carpet tailored for prayer, viewed from the back of the room. 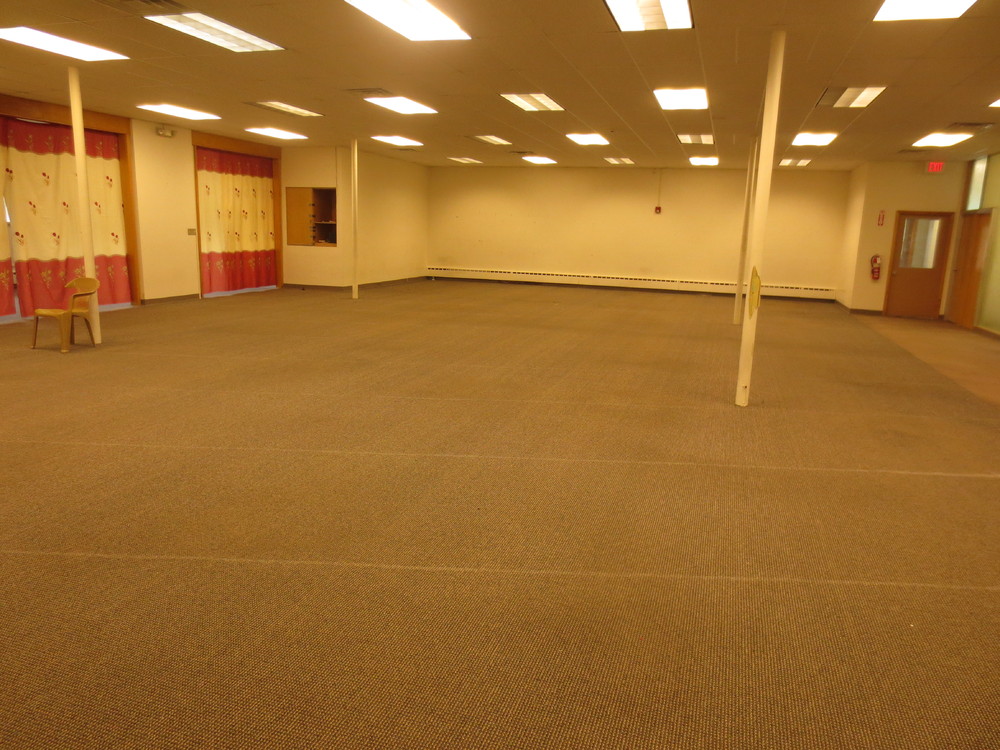 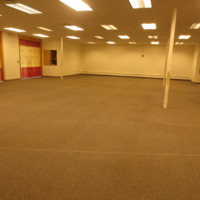 Photograph of men's prayer space in masjid, looking towards back

The men's prayer space, viewed from the front of the room in May 2014, before the installation of the new carpet. 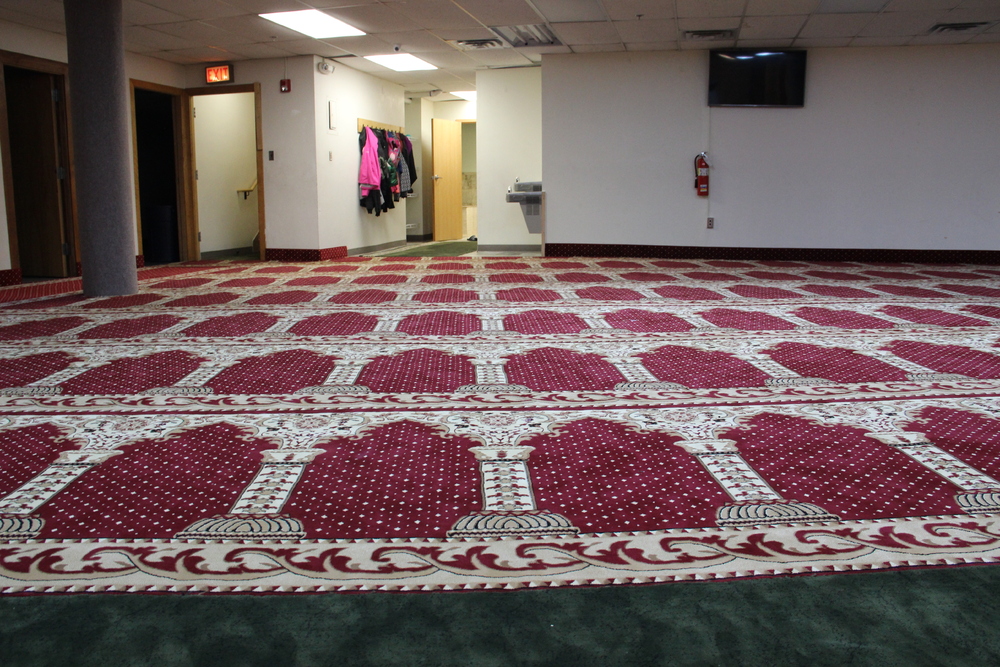 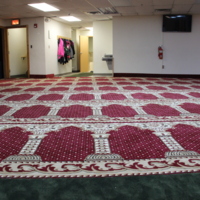 The women's prayer room, located downstairs, has a T.V. in the front of the room so the women can see the Imam while he is leading the men's prayer service. 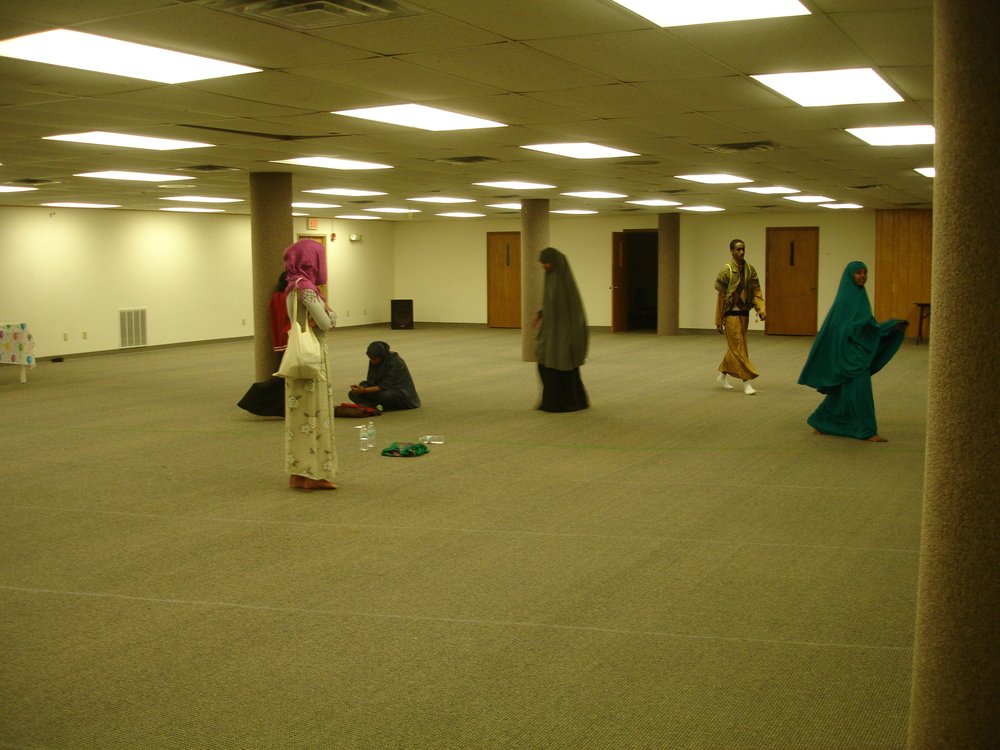 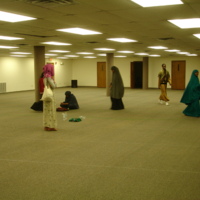 The women's prayer space in 2014, during the time between classes.

The masjid includes separate entrances for women and men, each one closer to that gender’s respective prayer space, although the separation is not strict. Men often use the women’s entrance when it’s more convenient, and women sometimes use the men’s entrance as well. As with the masjid itself, these entrances aren’t marked by any signs; knowledge about them is passed orally between people. The men’s prayer room is a large room on the ground floor, and the women’s is a large room directly below, in the basement.

While prayer is going on, the only people who may move between the men’s and women’s spaces are children. At other times, the spaces are less gendered. When people are socializing in the spaces—for example, just after classes or prayers—there are mostly women in the women’s space, but men may also be there. Women may be in the men’s space even when men are talking or having a meeting there, but don’t usually socialize there. At other times, both rooms, especially the women’s, function as classroom space for both genders. Men and women sit on different sides of the room during classes, but may greet each other and chat briefly at other times.

For more information on gender and gendered space, see A Wedding Celebration.