People of the Masjid 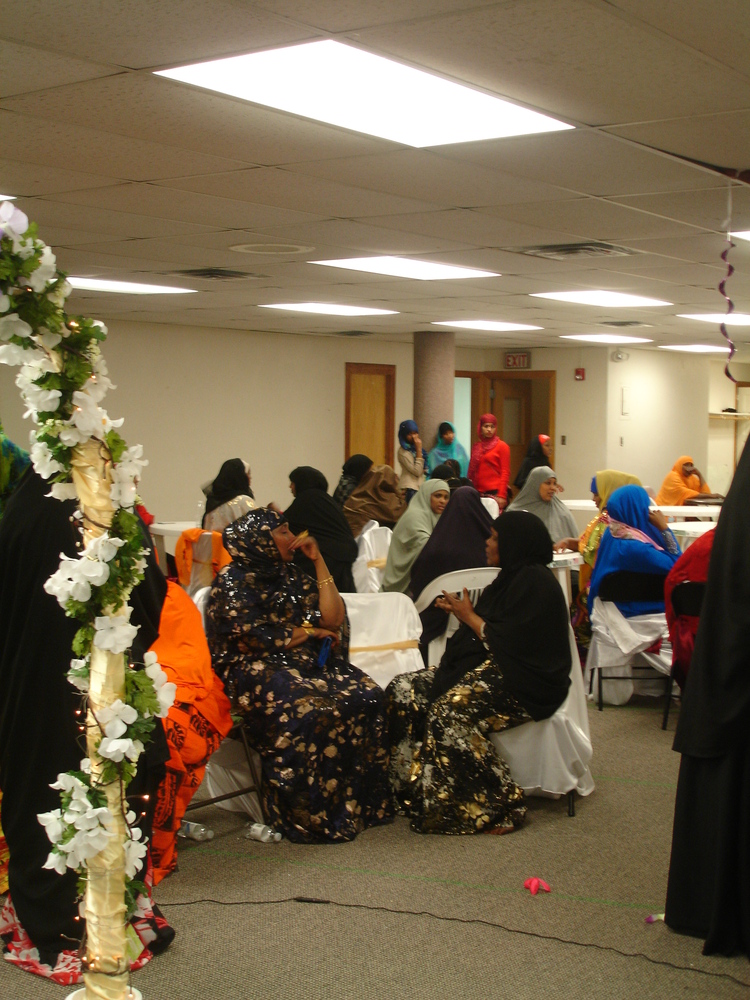 Women chat at a wedding celebration at the masjid.

The vast majority of the people who come to the masjid for prayer and other events are Somali. However, leaders took pains to emphasize that the masjid is not exclusive. They described the non-Somali Muslims who come regularly to Friday prayers, and emphasized that the space is open to everyone. One of the imams said:

Not everyone in Faribault’s large Somali community regularly visits the masjid, but people at the masjid said they assumed everyone had been there at least once. The masjid’s regular attendance, both at prayers and at other programs, is steadily growing as the Somali population in Faribault grows—both through migration from Somalia, and migration from other parts of the United States—and as more Somalis begin regularly coming to the masjid. On Fridays in the summer between prayer times, young children hang around the masjid all day playing sports (often soccer or basketball) and running around having fun.

The masjid is already busy. Although during planning for the move, the center estimated that the Division Street building would have an occupancy of 20 people on weekdays, 50 on weekends, and up to 120 on peak holy days,1 on most Friday evenings of April and May 2014, at least 60 people, of both genders and all ages, were using the masjid for classes and prayer. The masjid is open for the five daily salat prayers, and hosts additional activities, mainly religious education classes, every day of the week. It has five imams, who trade off leading salat. Leyla, a young woman of the masjid, expressed her excitement when new families come to the masjid, and her hope that it will continue to grow.

The masjid is open for the five daily salat prayers, and hosts additional activities, mainly religious education classes, every day of the week. It has five imams, who trade off leading salat.