Technology at the Masjid 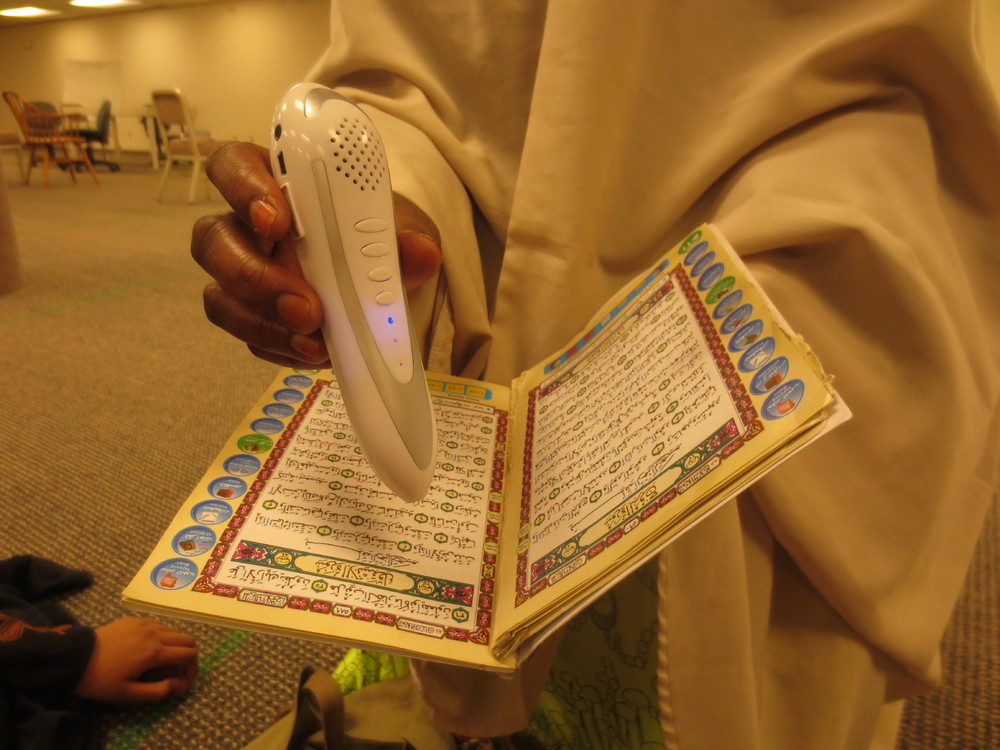 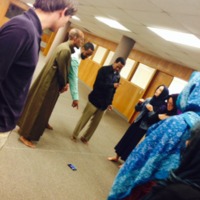 Men use a compass app on a smartphone to help determine the direction of Mecca. 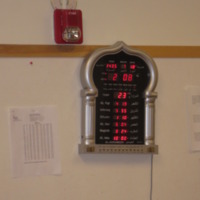 A prayer clock in the men's prayer room.

Calls to Prayer from Phones and People

The first time I visited the Faribault masjid, almost no one was around, and I met a man outside who told me to come back for midday prayer on Friday. I asked when that would be, and he pulled out his iPhone and checked on a prayer-time app to find out the exact timing.

People at the masjid enthusiastically use smartphones and new media, alongside other technologies designed for very specific Muslim uses, to support their religious practices.

Religious smartphone apps have been very present in the daily lives of many people at the masjid. Some of the most common apps relate to salat, the ritual prayer Muslims must perform five times a day. Salat prayers must be performed within specific time ranges, which are calculated according to the movement of the sun, and so vary by location and throughout the year. Like the man I met in the parking lot on my first day, many people used apps that would tell them prayer times for any given place and day.

Many people also use a closely related type of app—one that automatically plays a recording of the adhan, or call to prayer, at the correct time, five times a day. In Muslim countries, the adhan is given publicly, often over loudspeakers, a few minutes before public prayer at mosques. Several high-school girls at the masjid saw the adhan app as a useful adaptation to a non-Muslim context, but inferior to the public adhan of Muslim countries:

- I love hearing the call to prayer in the morning. Here, you can’t hear it…

-The voice! Over there…they have speakers.

-I know, beautiful, so beautiful!

People use other apps for religious purposes as well—for example, a compass app helped to find the direction of Mecca, which Muslims face during salat.

To learn more about prayer, go to Muslim Prayer: Washing Your Sins Away. 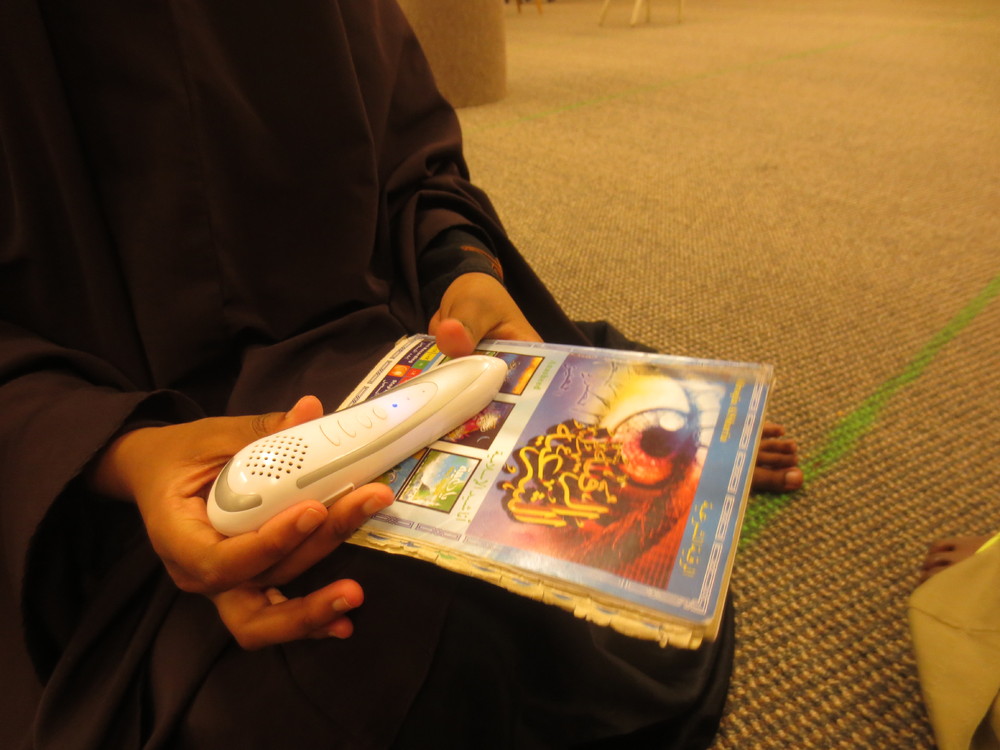 A young woman holds a Qur'an-recitation pen and the booklet that comes with it.

The people of the masjid also used specialized religious pieces of technology. For example, a digital prayer clock in the men’s prayer space functioned the same way as the prayer-time app. The clock gave the current time, along with times for each of the five salat prayers that day, plus the time for ishraq, an optional prayer that may be performed around sunrise.

A particularly striking piece of religious technology was Qur’an-recitation pens. These electronic “pens” came with plastic booklets, each printed with a section of the Qur’an. When tapped on the page, the “pen” played a recording of recitation of that particular line of the Qur’an. These pens allowed people who could not read Arabic to study the Qur’an, as well as helping them learn to read it. Hodan, a middle-aged woman who used Qur’an pens at the masjid, said:

I read the Qur’an, and there are those pencils that you tap on the kitab [book, Qur’an] and it reads it to you. If I don’t understand something, I go to the imams and they explain it to me.

The pens, Hodan’s teenage daughter told me, are made in Mecca and used all around the world.