Direct action [for Shir Tikvah is] not just praying for a better world but actually taking action to make that happen. —Chris Bargeron 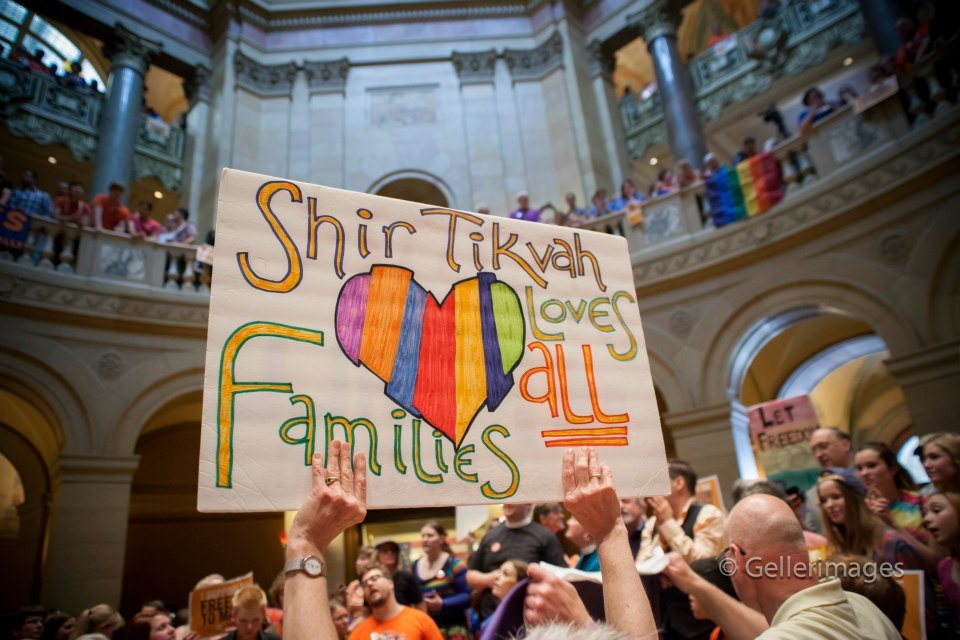 One of the many signs that Shir Tikvah members brought to the capitol in support of marriage equality.

Shir Tikvah’s vision statement addresses the importance of tzedekah, or justice. Social justice is yet another way of engaging the community, and this justice at Shir Tikvah is a major attraction of the synagogue as far as many are concerned. People will make the choice to join Shir Tikvah because of the work that is being done,and the visibility of the community doing this work helps put Shir Tikvah on the map for other people and communities.1 The fight for justice, which Shir Tikvah involves itself in, is one that is truly defining for this synagogue. 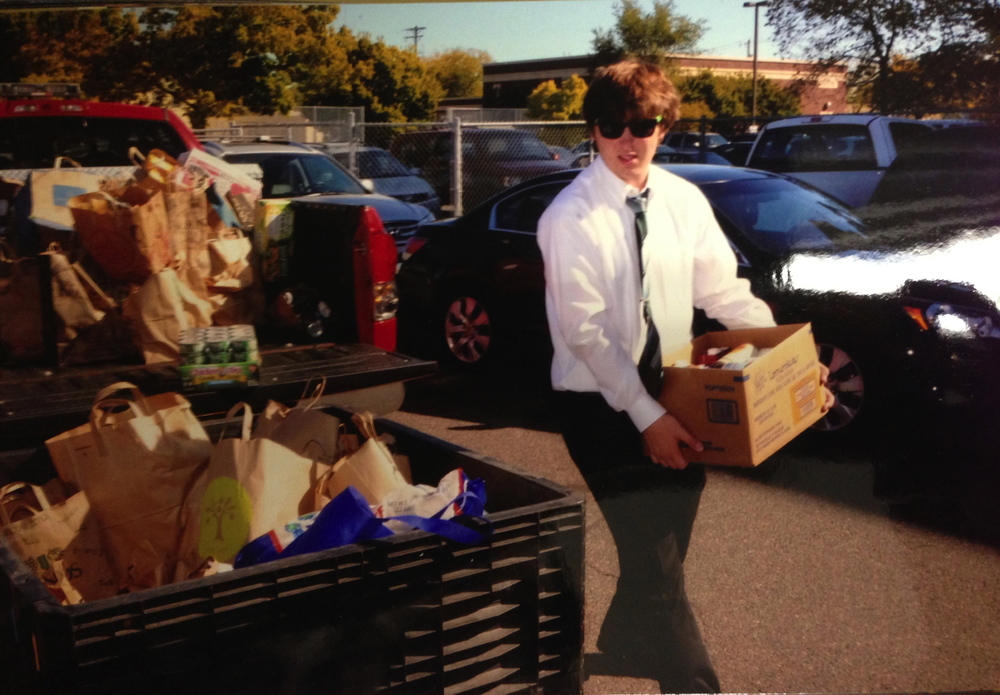 Many synagogues, and religious organizations overall, participate in service, but what is unique to Shir Tikvah is that in addition to the service that they participate in as a key component of education, there is a strong emphasis on direct community engagement with social justice.2 Most recently, Shir Tikvah has been working to end gun violence and foreclosure, but the issue that Shir Tikvah took a major stand on was that of marriage equality during the Vote No campaign. Shir Tikvah came together and took a leading role in the faith community in order to demonstrate how people of faith could come together and benefit from their religious values. The work that was done demonstrated a clear link between the activism and the Jewish values that were being taught at the synagogue.

“Shir Tikvah [does] social action, so direct engagement with social justice. Shir Tikvah was involved in the marriage amendment campaign [for same sex couples] and in the voter ID campaign. [Shir Tikvah] has more recently [in 2013] involved in gun violence. So direct action [is], not just praying for a better world but actually taking action to make that happen has always been a part of Shir Tikvah. And I imagine it always will be. I think [direct action] is one of the defining pieces of our values.”