History of the Jewish Community in Minneapolis and St. Louis Park 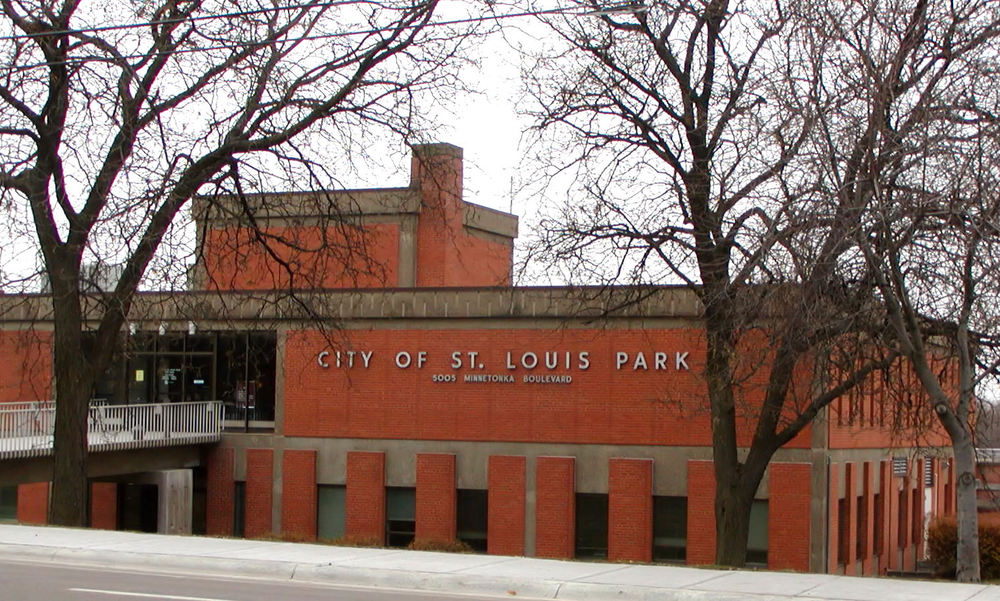 While Jews have had a presence in the United States since before independence, the Jewish population in America rose dramatically with a wave of immigration from Europe which began around 1880. In Minnesota, scholars have concluded that Jewish pioneers probably settled in the territory as early as the 1840s, and a small Jewish community existed in St. Paul even before statehood.1 In 1856 the first synagogue in Minnesota, Mount Zion, was founded in St. Paul2 ; by 1875 it had been joined by a second congregation, Bnai Yaakov, which catered to the Eastern European community as opposed to the primarily German congregants of Mount Zion.3 Minneapolis’s Jewish community formed later; the first known Jewish residents were established there by 1867, and in the 1870s more Jews began to settle there.4 However, it was not long before tensions between immigrant groups over what being Jewish in America meant arose there, as they did in Jewish communities nationwide.

Reform Jews tended to think of Judaism as simply a religion rather than emphasizing its ethnic dimension, and they favored a greater degree of assimilation into the dominant American culture.

The earliest Jewish residents of Minneapolis were immigrants from Germany. These people had mostly lived on the East Coast or in the South before coming to Minneapolis and were able to establish themselves as merchants, and they generally became part of the affluent class in Minneapolis.5 While the Germans tended to associate mostly with fellow Jews, they generally desired to integrate themselves into American culture, and they only had basic training in Hebrew and in traditional Jewish learning. Core traditions were respected but “could be and were easily compromised when the occasion demanded.”6  The second wave of Jewish arrivals came from Russia and other countries in Eastern Europe. These Jews, often fleeing conscription or persecution, were more likely to be single, and in general they were less able to speak English and more likely to be poor. These Jews self-segregated to a large extent by origin and religious practice; Romanian Jews settled in a neighborhood on the South Side, while a larger community developed on the North Side.7 On the North Side, Jews generally kept to themselves and maintained their religious traditions, though old fashions began to disappear as children were educated.8

Minneapolis was described in a 1946 article as “the capitol of anti-Semitism in the United States”.9 The author, Carey McWilliams, went on to explain that the Jews in Minneapolis were probably the most separated from civic life of any American city.

The divide that existed in the Jewish community in Minneapolis reflected one that had manifested itself throughout the United States. German Jews were generally the standard-bearers of Reform Judaism, which therefore became the most popular form of Judaism in the United States.10 Reform Jews tended to think of Judaism as simply a religion rather than emphasizing its ethnic dimension, and they favored a greater degree of assimilation into the dominant American culture.11 In Minneapolis the first synagogue to be established, Shaarei Tov (founded 1878, later renamed Temple Israel) was Reform; its membership was largely German.

Meanwhile, the city’s first Orthodox congregation, Adath Jeshurun (founded 1884), was largely made up of Eastern Europeans; beginning in the Romanian community on the South Side it eventually moved to the West Side. The North Side, which would become the largest center of the Jewish population, saw the founding of the Orthodox Ohel Jacob in 1888, which became the heart of the Jewish community (the temple was dissolved in 1891 and replaced by Kenesseth Israel).12 This too was a mostly Eastern European congregation, reflecting the general trend among Orthodox Jews. However, in many cases the perceived orthodoxy of these immigrants was more a reflection of their social practices than their actual religious beliefs; the rabbinical structure among Orthodox communities was fairly weak. This weakness became clear as many American-educated younger Orthodox Jews shunned the Old World religious practices of their parents; many flocked to Conservative congregations.13 The congregation that would become the North Side’s largest, the Conservative Beth El, was founded in 1926 largely by young people.14 Thus the divisions in the Jewish community in America as a whole were reflected in Minneapolis.

The difficulty of purchasing homes in Minneapolis and its institutionalized discrimination, along with the growing prosperity of the community and general “white flight” from cities, fueled migration to what would become the eruv, as well as to other suburbs to the north and west of Minneapolis.

By 1947 there were 20,000 Jews in Minneapolis, 4% of the total population. 59% lived in the North Side, many within a smaller area that was home to the first Jewish settlers. By that time much of the neighborhood had become a slum; though most Jews owned their homes many of these homes were in decrepit condition, though another section called Homewood was more prosperous. 41% lived on the West or South Sides; there had been a general migration of many Jews from the South Side to the West. A few Jews had already begun settling in St. Louis Park15 , though no Jewish congregations existed there as of yet.16 Over the years the community’s internal divisions had become less important, despite religious differences.17 This likely is due to assimilation and the fact that income levels among different Jewish groups had evened out. However, discrimination also probably played a role in causing Jews to become more united.

Minneapolis was described in a 1946 article as “the capitol of anti-Semitism in the United States”.18 The author, Carey McWilliams, went on to explain that the Jews in Minneapolis were probably the most separated from civic life of any American city. Service, athletic and even automobile clubs refused to admit Jews; businesses routinely declined to interview any Jewish job applicants. Overall most of the main economic activities in Minneapolis did not include a significant number of Jews; the Jew “is still an outsider”. Furthermore, many Christian fundamentalist groups which were openly anti-Semitic were headquartered in Minneapolis or were strong there.19 The most problematic aspect of the situation was probably housing; whole sections of Minneapolis were closed to Jews, and it was difficult for Jews to rent property.20 In response to McWilliams’s claims Minneapolis Mayor Hubert Humphrey created a task force which eventually confirmed the depth of anti-Semitism in the city, and reforms began to take shape.21 However, the difficulty of purchasing homes in Minneapolis and its institutionalized discrimination, along with the growing prosperity of the community and general “white flight” from cities, fueled migration to what would become the eruv, as well as to other suburbs to the north and west of Minneapolis (southern and eastern suburbs traditionally attracted more migrants from St. Paul). For more on anti-Semitism in Minneapolis, see the exhibit on the St. Louis Park Eruv.

The first Jewish institution in St. Louis Park was apparently a chapter of B’nai B’rith Women founded in 1953, though a Jewish presence had existed as early as the late 1940s. Bnai Abraham, founded in 1888 on the South Side, was the first congregation to move to St. Louis Park, originally occupying a private home; in 1972 it would merge with two other synagogues to become the Conservative Bnai Emet, acquiring a new building. Other synagogues followed: Gemulus Chesed, a North Side Conservative synagogue, in 1965; Beth El in 1968 and finally Kenesseth Israel in 1971. Minneapolis’s Jewish Community Center was also established in town, though outside the eruv proper; construction began in 1964. By 1987 St. Louis Park was home to 38% of the Jews in the Minneapolis area.22

Though Kenesseth Israel became the sole Orthodox synagogue in St. Louis Park, in recent years splits within the community have caused new congregations to form. In the 1980s a group of Kenesseth Israel congregants seeking a more traditionalist approach to Orthodox Judaism split off to form Congregation Bais Yisroel; the congregation now has its own synagogue a few blocks away. In 2005 another group desiring a more modern and forward-looking approach also split from Kenesseth to form Darchei Noam. The rise of a newly vibrant ultra-Orthodox Jewish movement in the 1970s and 1980s, which led to the formation of Bais Yisroel, is also one of the reasons why the eruv was set up; as Orthodoxy became more rigid the need for a tool to improve life for families became more apparent (for more on this see the separate page on the Minnesota Eruv, part of the St. Louis Park Eruv exhibit). The emergence of these divisions in the community over the last thirty years emphasizes the continuing debate within the eruv over how Jewish traditions ought to be maintained in the modern world.