The Town of Pipestone 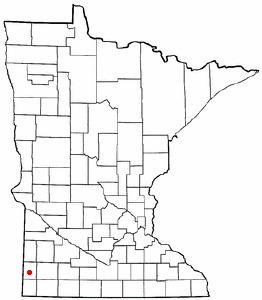 Pipestone, MN is located in the southwestern corner of Minnesota, next to South Dakota.

Driving north from US-90, signs for Pipestone National Monument begin as quartzite outcroppings emerge out of the flatter prairies of southern Minnesota and Iowa. A sign with Pipestone, Minnesota’s town motto: “Pioneers, Peace-Pipes, and Progress,” greets travelers headed to the National Park. The expansive quartzite buildings along Main Street and the ubiquitous references to peace pipes distinguish Pipestone, Minnesota from other small western settlements in the state.

It is clear that the town has relied on the economic benefits of pipestone and tourism for a long time. The image of a Sacred Pipe, chanupa in Dakota, serves as a logo for Pipestone Realty LLC on North Hiawatha Avenue. Off Main Street, closer to the Pipestone monument, the lawn in front of an old railroad depot sports an enormous metal sculpture of a chanupa. The building behind the sculpture houses an organization named the Keepers of the Sacred Tradition of Pipemakers. According to their website as of 2016, this organization is an American Indian non-profit dedicated to educating the public about Native American sacred pipe traditions and selling crafts made by Native artists.

The businesses closest to Pipestone National Monument rely on images of American Indian culture, yet appear unconcerned with respectful representations of the Sacred Pipe or Native cultures. 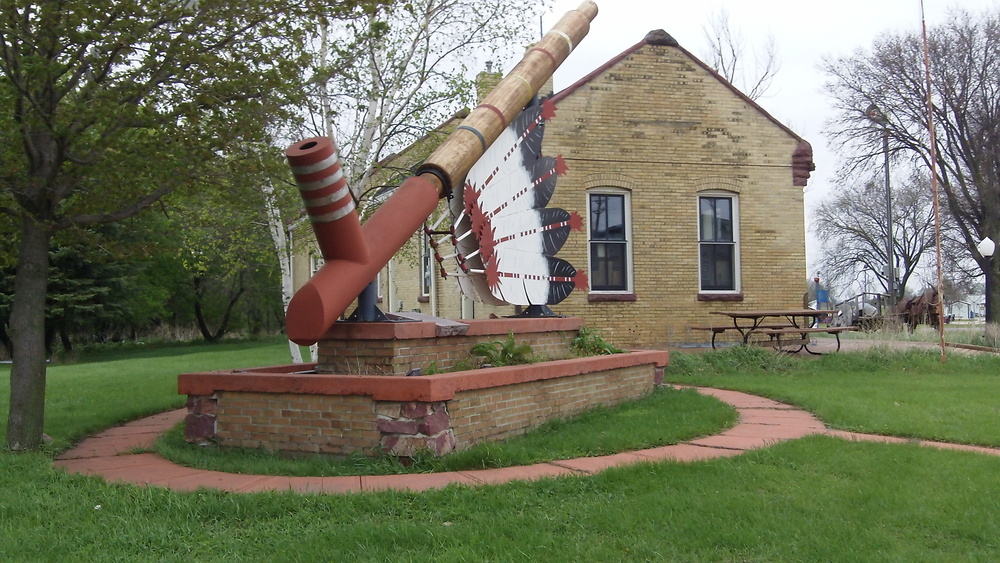 An enormous sculpture of a joined Chanupa (sacred pipe) sits in front of the Keepers of The Sacred Tradition of Pipemakers. Some Dakota community members find this sculpture of a pipe where the stem is joined to the bowl of the pipe to be offensive since the bowl and stem should only be joined in ceremony.

The businesses closest to Pipestone National Monument rely on images of American Indian culture, yet appear unconcerned with respectful representations of the Sacred Pipe or Native cultures. These businesses appear much more focused on the economic opportunities that stereotypical representations of Native cultures can provide. Across the street from the park stands an “Old West” style fort, advertising camping, raw catlinite for sale, and a fossil and petroglyph museum. The property adjacent to the park had advertised itself as “the home of the world-famous Hiawatha Pageant,” although the Pageant was performed for the last time in 2008, after 60 years of continuous production.1 The pageant was a dramatic staging of Henry Wadsworth Longfellow's famous epic poem, "The Song of Hiawatha". For many years, the pageant brought 10,000 spectators to Pipestone over three summer weekends, and in 1997 was named one of the American Bus Association's Top 100 Events.2