Park Ownership and Regulation of Quarries 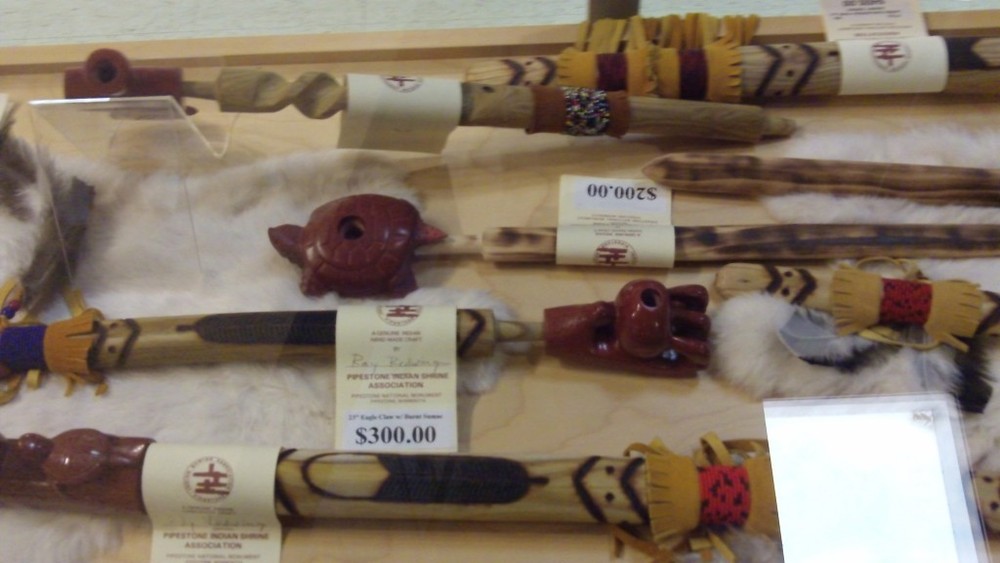 The sale of catlinite pipes by the Pipestone Indian Shrine Association at Pipestone National Monument remains controversial. Some Native people believe that the sacred pipes should not be sold, while others think it is their right to sell their art pieces. 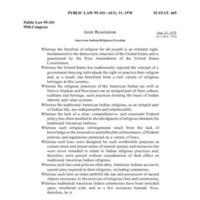 The Yankton Sioux asked for a return of the quarries to their control under the American Indian Religious Freedom Act of 1978. 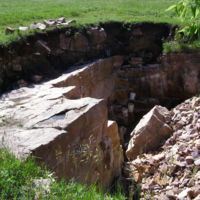 Currently the National Park Service remains in control of the pipestone quarries. Members of federally recognized tribes must get a permit from NPS to quarry the mineral.

The Yankton Sioux community was also upset by the National Park Service's ownership of the monument and their power to regulate the pipestone quarries. In 1986 the National Congress of American Indians voted to prohibit the sale of any type of finished pipestone object, whether intended for ceremonial uses or not. The Yankton Sioux followed with a petition to Senator Inouye of Hawaii asking for the return of the quarries to them under the American Indian Religious Freedom Act of 1978.

Protests and petitioning lasted for seven years, and then faded.1 The NPS management of the monument and quarries did not change, and objects, including pipes, continue to be sold at the cultural center and museum through the Pipestone Indian Shrine Association.  However, some argue the Association does not adequately represent American Indians since its founders were originally non-Indian residents of Pipestone and there were protests going back to 1932 from the Yankton Tribal Council over the creation of the park.2

At the same time the U.S. Government ignores legitimate claims to ownership of the monument by the Yankton Sioux, Pipestone's status as a National Monument makes it a tourist destination for non-Natives who aren’t there for religious or cultural purposes. To some, this was seen as a denigration of the sites religious and cultural importance. However to others, this status as a National Monument was seen as an important financial asset. A group of Yankton Sioux has spearheaded an effort for Natives to have more control over the sale and spread of pipestone, but the U.S. government has not gave in.3