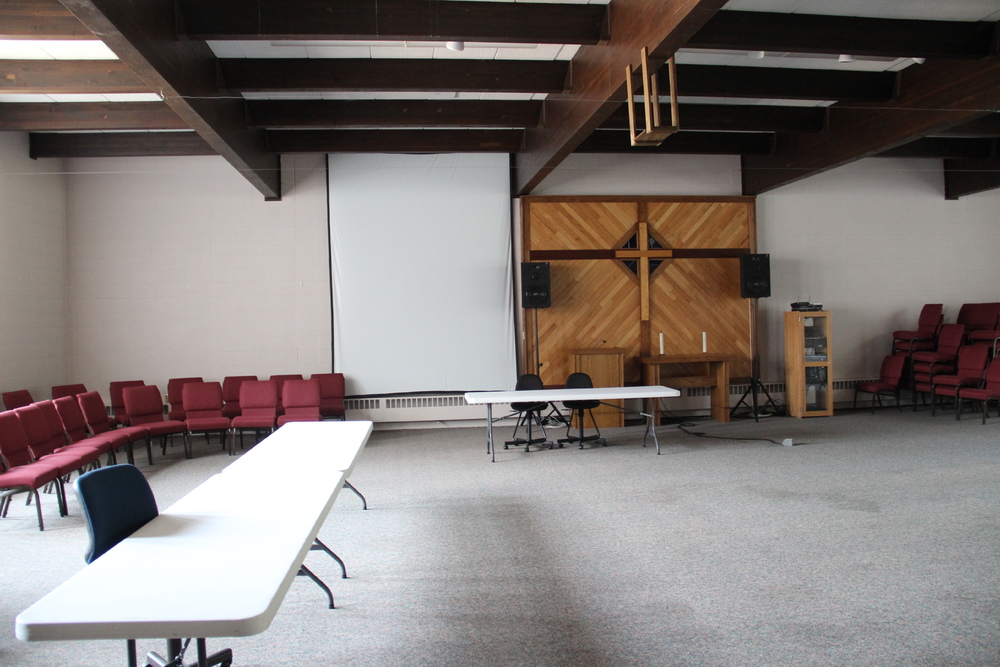 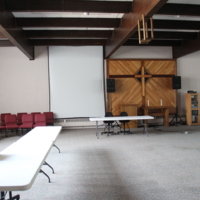 The chapel where Wal held the Nuer language services. In 2016, the chapel is home to the quilters club and choir practices. 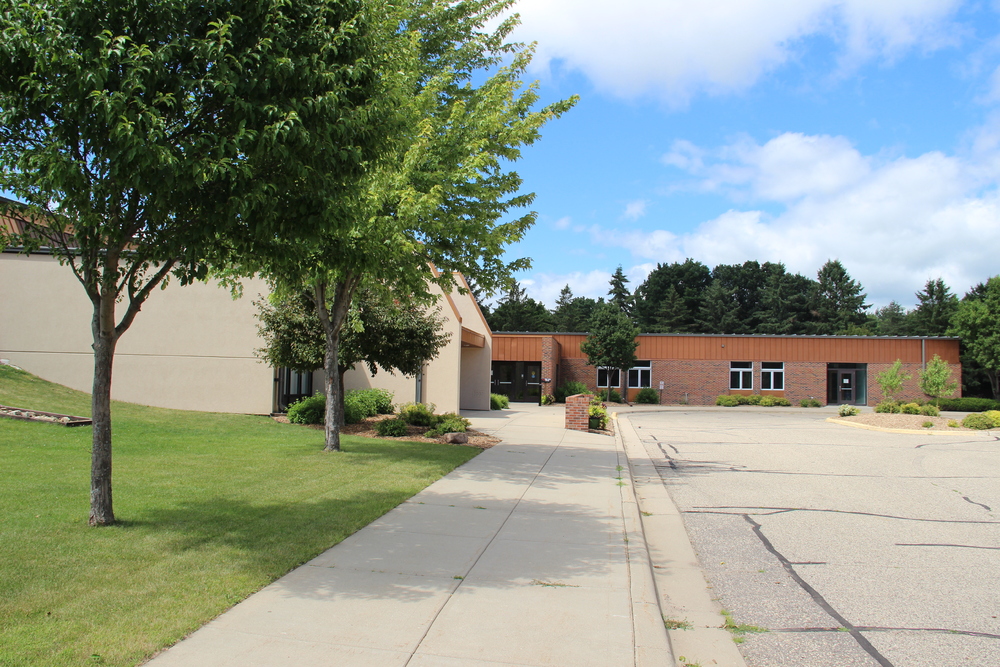 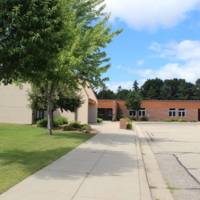 Side Entrance View to Our Savior's

Wal's Sudanese services used to draw between 30 and 40 Sudanese worshipers but the Sudanese community in Faribault has since decreased, and in 2012 Wal’s services drew between 10 and 20 worshipers. 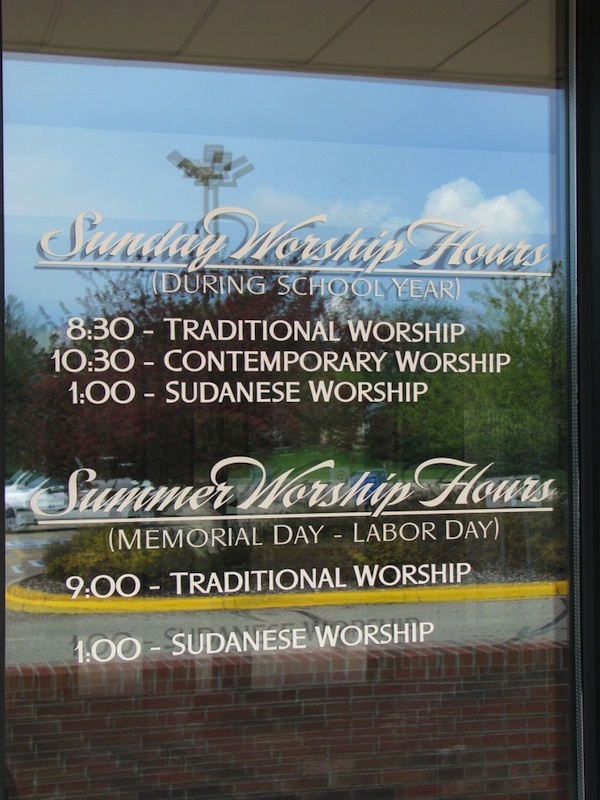 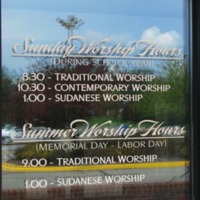 Sunday and summer worship hours at Our Savior's.

As the story goes, one day, Wal Reat, a Sudanese member of the Faribault community, was walking past Our Savior’s Lutheran Church when he heard beautiful music emanating from the house of worship.1 One of the church’s worship teams was rehearsing their music for the next service, and Wal sat down to listen to their practice. After they were finished, Wal asked if he and other Sudanese could worship there, and the Sudanese community was welcomed into the Our Savior’s congregation. In 2003, after two years of attending worship services with the English-speaking congregation at Our Savior’s, Wal established weekly Sudanese worship services in the Nuer language.  Though these services used to draw between 30 and 40 Sudanese worshipers, the Sudanese community in Faribault has since decreased, and in 2012 Wal’s services drew between 10 and 25 worshipers. People came from the Twin Cities to hear Wal’s Nuer services. Once a year, Sudanese would come from Missouri for overnight stays at the Church.

Only a few Sudanese families come to Our Savior’s regular service as of 2016. However, Sudanese attendance was deteriorating even before Wal left in 2015. At its peak, the Nuer services attracted around 25 people.

In the summer of 2015, Wal Reat moved back to South Sudan with his daughter to be with rest of his family, according to a receptionist at Our Savior's. As of 2016, he is still in Sudan and planning on staying there with his family for the foreseeable future. Our Savior’s hasn’t been offering Sudanese worship services since his departure and the future of the Sudanese congregation there is unknown. Wal explained in a 2012 interview that he was very excited to have become an ordained pastor and to eventually return permanently to South Sudan where he can live with his family and bring Lutheranism “back home".

Our Savior’s hasn’t heard a lot from Wal since his departure which has been frustrating for them because Our Savior’s wants to know what’s going on and hear about his work as a Pastor in South Sudan.

"For the first year or so, they worshipped with the English-speaking congregation, but then came and asked would it be okay to start an afternoon worship service in their own native language, Nuer. And we said that would be great, but you have to take responsibility for it." —Pastor Steve Delzer

Wal tells the story of how he first came to Our Savior’s Lutheran Church.

"Then I walk by here and one day the church rehearse something, practice something. Then I came in during the weekday, I listen and then I ask them, ‘'Can I come on Sunday worship service and join you guys here?'’ and then they say, ‘Yeah, no problem.’ And I say, ‘'I may have some Sudanese people too.'’ And they say, ‘'No problem at all.'"

Pastor Steve Delzer, the lead pastor of the English-speaking congregation at Our Savior’s, recounts how Wal first came to  Our Savior's Church, and how the how the Sudanese community became part of the Our Savior’s congregation.

“One day, one of our worship teams was rehearsing, and Wal happened to be walking by the church, heard them, came in, sat down, listened, and after they were finished, went up and asked the group would it be okay if he and some of his fellow Sudanese people came here for worship. And the group said, ‘That’d be great; we’d love to have you here.’ Shortly after that, I came, and for the first year or so, they worshipped with the English-speaking congregation, but then came and asked would it be okay to start an afternoon worship service in their own native language, Nuer. And we said that would be great, but you have to take responsibility for it. You tell us what we can do to help you make that happen, but you have to lead it. And it has been going on ever since.”