Taking Heart Iftar grew out of a need to build relationships between the masjids and the churches in Minnesota. It arose from a partnership between MAS and the Minnesota Council of Churches. There has been a need to establish a connection between Muslims and Christians at a time when Islamophobia has been on the rise. The program has grown to involve numerous masjids and churches across the Twin Cities.
So what is an iftar? Iftar is the meal a Muslim eats after fasting. Taking Heart Iftar takes place during the Holy Month of Ramadan. Ramadan is a month where Muslims around the world fast from dawn to dusk. The fast includes abstaining from any food and water and refraining from anger, jealousy, complaining, gossiping, and swearing. 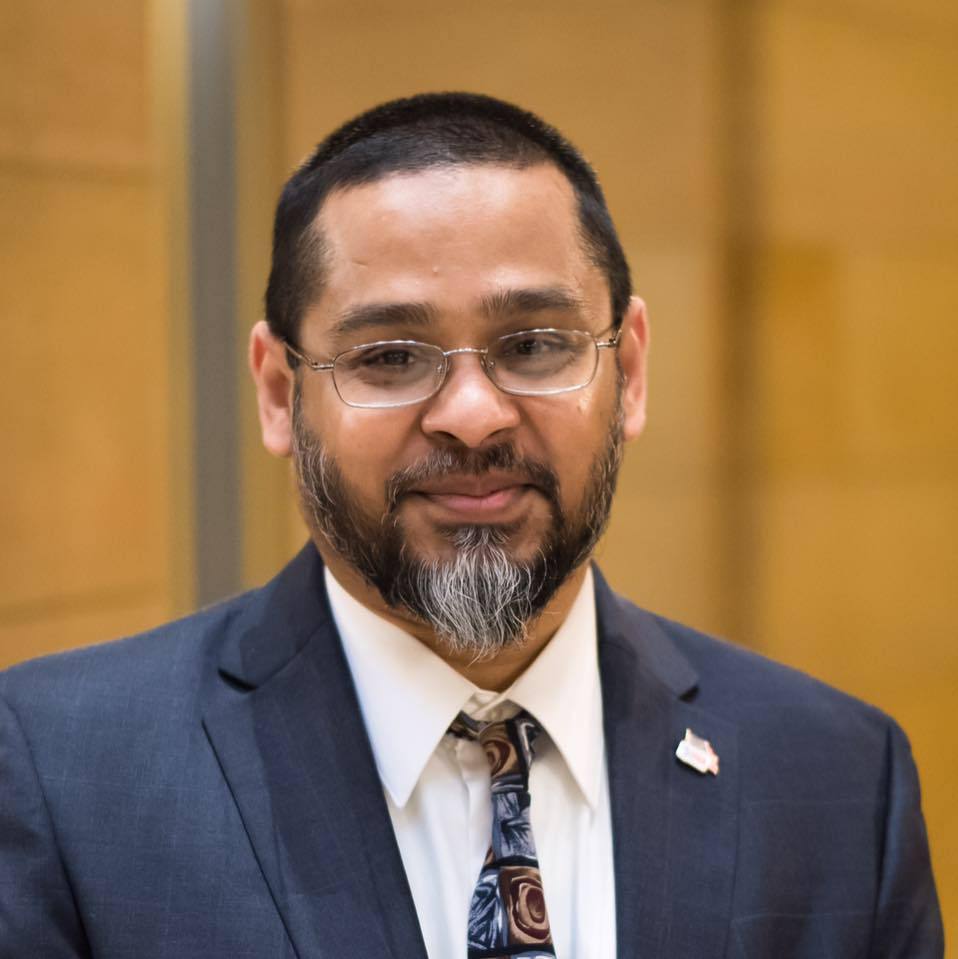 I sat down with the Executive Director of MAS-MN, Imam Asad Zaman, to talk about how Taking Heart began and its evolution.

"One of the primary purposes of Taking Heart was that bridges get built not by facts but by relationship, by interaction, human interactions. So, I will give an example, think of it this way if only there were 5 amazing facts about Islam and if everyone knew these facts, everyone would stop hating us. for example, Mary mother of Jesus is mentioned more times in the Quran than in the Bible. It’s a fact. Now if you think 5 facts like this will cause people to love Muslims then we would buy every billboard in America and plaster those 5 facts on it. But that is not the solution. Right?"

"The idea of Ramadan hospitality, it exists before MAS, MAS does not have to manufacture this idea. It is over 1000-year-old, we just harness an existing thing into our current cultural need. And the need serves the amount of hate out there. It is real, this week the largest masjid in America, the Diyanet Mosque in Connecticut was burnt down. That is the reality."

"It’s not the lecture that works the magic of taking heart, the magic of taking heart is in the table conversations. So, the lecture is there for a place holder for people to get something out of it. Also, the table conversation we tried different ideas, we tried scripted we tried coached questions we tried having facilitators at tables. It didn’t matter it didn’t matter if they talked about baseball scores or Trinity vs fasting rituals in the two religions, the people would bond over talking about childcare problems or about children’s baseball practice. And that level of interaction and bonding is as strong as if we had gone into complex theological discussions. So, these are some of the lessons we learned. It’s about the human relationship it is not about facts and statics and data dump."