"It was a constant reminder of the attacks that happened to Muslims."

With the rise of Islamophobic incidents, masjids around the world had to have conversations about the security and the safety of the people. A new sign adorns the front of the masjid, a red “NO TRESPASSING - THIS PROPERTY IS PROTECTED BY VIDEO SURVEILLANCE - TRESPASSERS WILL BE PROSECUTED.” 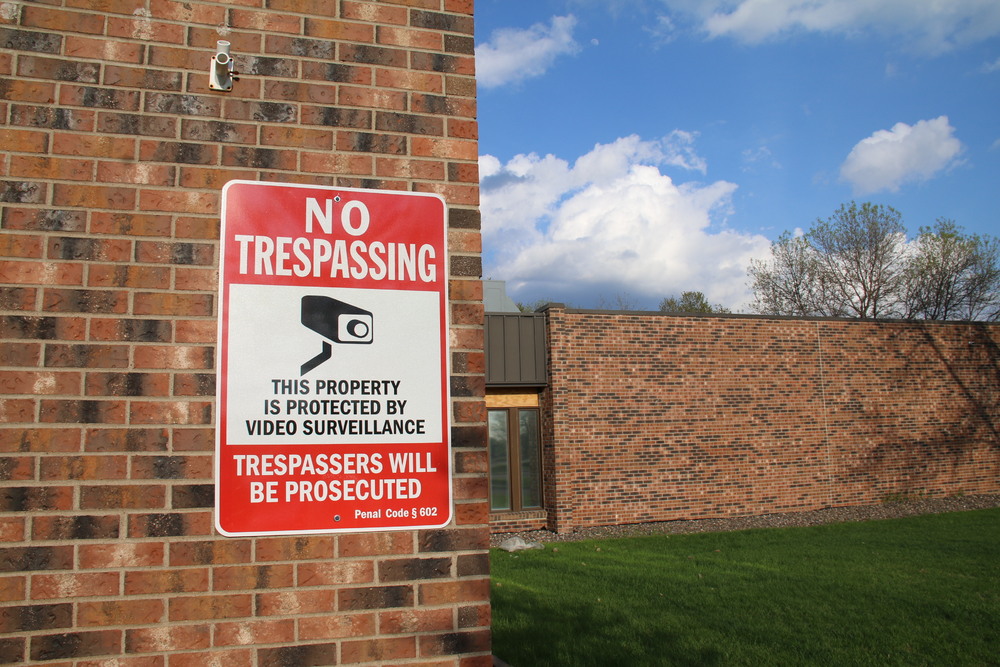 A sign placed on the front of the masjid acting as a warning and a reminder.

As someone who had spent many years coming to the masjid, this sign made me look twice. Yes, it’s a warning sign to those looking to trespass. However, for me, it was a constant reminder of the attacks that happened to Muslims and of the possibility of one happening in a place I spent my younger years at.

Also, there was a security guard who appeared at the time of prayer — placed strategically between the entrances and the prayer space, being vigilant when the Muslims in the act of prayer cannot. Once again, it was just another sign of how Muslims constantly have to keep one eye over their shoulder for danger could strike even in the sanctity of a place of worship.